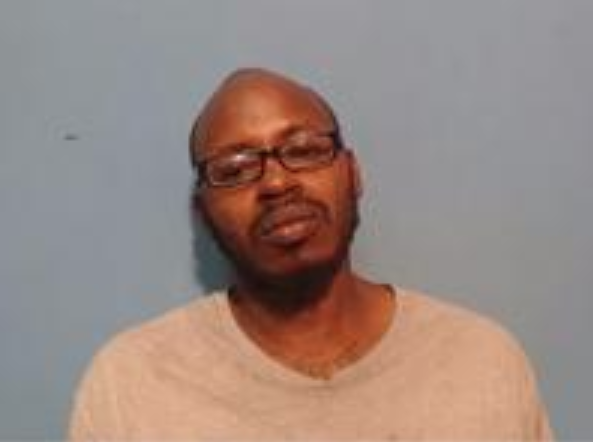 Police arrested a Forrest City man Thursday in the fatal shooting of his girlfriend and her two daughters in their apartment.

Cordale Stacy, 30, is accused in the Wednesday evening slaying of Nashae Williams, 38, and her two children, Malayya Williams Issah, 9, and Zanashia Williams, 6. Stacy surrendered to authorities early Thursday after his mother persuaded him to do so, said Lt. Eric Varner of the Forrest City Police Department.

Stacy was in the St. Francis County jail in Forrest City on Thursday pending formal charges.

Varner said investigators will talk with prosecutors about whether to charge Stacy with capital murder or first-degree murder as soon as they complete their investigation.

First Judicial Circuit Deputy Prosecuting Attorney John Housefield said he will probably file a capital-murder charge against Stacy once the investigation is completed.

Arkansas Code Annotated 5-10-101 indicates offenders can be charged with capital murder for various reasons, including if a person "knowingly causes the death of a person 14 years of age or younger at the time the murder was committed if the defendant was 18 years of age or older."

Capital murder is punished either by death or life in prison without the possibility of parole.

"We take all homicides seriously, but murdering a child crosses a line that that is unimaginable," Housefield said. "I anticipate the defendant in this case will be charged with capital murder."

Officers responded to the apartment complex at 215 Wolfe Street at 11:46 p.m. Wednesday after receiving calls from residents who heard several shots, Varner said.

When they arrived, they found Williams and her two children shot "several times" in a bedroom.

"In the 15 years I've been in law enforcement, it's the worst thing I've ever seen," Varner said.

A resident of the complex told apartment owner David Qualls she heard six shots fired rapidly, then a pause and then three more quick shots.

"There's no sense in it," Qualls said of the slaying. "It's terrible all over."

He said Williams' older child was staying at his father's home Wednesday.

"Otherwise, this would have been even worse," Qualls said.

There have been five homicides in the St. Francis County town of 14,480 this year. Four have occurred this week.

On Sunday, police found the body of Arnold Gwathney, 78, in the bedroom of his Hicky Street home. Authorities arrested Larry Watts, 34, of Forrest City in connection with the homicide after police say he crashed a car he had taken from Gwathney's home when he fled police.

Police said Watts robbed a Brinkley Family Dollar store Sunday morning and then fled in Gwathney's vehicle. He fled on foot after crashing the vehicle and was later apprehended by an Arkansas Game and Fish Commission officer.

Mayor Larry Bryant was out of his office Thursday and did not return telephone messages about the homicides.

Qualls said Williams and her children moved into his apartment complex three years ago. The complex is on Wolfe Street, a four-block street that runs between U.S. 70 and Lindauer Street east of the downtown.

Williams and her children lived in Apartment 221 on the northwest corner of the complex.

"She struggled to pay the rent," Qualls said of Williams. "She'd call me and say she was trying. She had a hard time."

Police said Williams and Stacy had trouble before.

Several weeks ago, Stacy went to the apartment and pulled appliances out of the kitchen and threw them outside.

"He went berserk," Qualls said. "He tore everything up. He threw everything out of the house."

The Forrest City School District offered counseling for students at its schools; the two children slain were district students.

"The [district] is saddened to hear the tragic loss of a family last night," the school district posted on its Facebook page Thursday. "The family included two of our students and our grievance counseling team is working to provide the proper assistance to our students and staff at this time."

Varner said Stacy left the apartment and went to his mother's home in Forrest City. She told Stacy to turn himself in to authorities and took him to the Forrest City police station early Thursday.