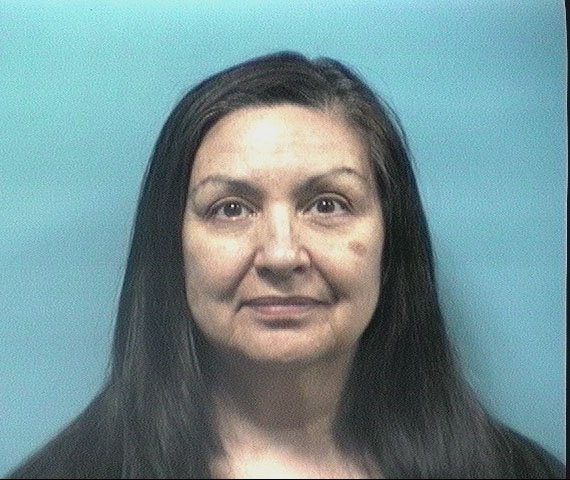 FAYETTEVILLE -- Chelsea Krohn-Cully admits she missed the warning signs, but the nice lady doctor seemed to understand what she needed -- medically and spiritually.

"I had recently lost my mom to suicide. I'm Jewish and she said she was and my first appointment with her she was saying, 'I'll treat you Yiddish, yada, yada, yada,'" Krohn-Cully said.

Isabell Kesari Gervais operated multiple medical clinics during 15 years in Arkansas, Kansas, Georgia and Alabama. To avoid legal action and detection, Gervais abandoned rental locations, moved, changed business names and adopted various aliases, according to U.S. Attorney for the Northern District of Alabama. She claimed to own the following businesses.

• Sagewood Medical Clinic & Research and Sagewood Health Solutions in Montgomery, Ala., from March 2006 until an unknown date.

• Sagewood Medical Clinic & Research Company in Springdale from July 2011 until an unknown date.

• Sagewood Solutions in Fayetteville from October 2012 until an unknown date.

• Ascension Medical Health Clinic International in Springdale or Fayetteville from August 2013 to an unknown date.

Isabelle Gervais regularly used aliases to avoid detection and went to great lengths to change identities, according to court documents. While she was facing criminal charges for theft in Washington County in 2013, she tried to change her name to Debrah Lynne Godman, claiming she was divorcing her abusive husband and needed to change her identity. Circuit Judge Cristi Beaumont denied the request. Beaumont’s order said Gervais failed to show good cause for the change.

Gervais gave the fake driver’s license to a police officer in Alabama in November 2015 when she was pulled over. She told him she gave him the license because she knew there was a warrant out for her arrest. Gervais had a handwritten to-do list in her pocket. On the list: Create a new identity.

• May 1, 2013 — Gervais files to have her name legally changed in Washington County.

• Oct. 23, 2014 — Gervais charged with theft by deception, fraudulent use of a credit card in Washington County Circuit Court. Whereabouts unknown.

• November 2015 — Gervais is pulled over and arrested in Alabama; gives police officer a fake ID. She was brought back to Arkansas to face charges and held in the Washington County Jail while awaiting trial.

• May 31, 2016 — Gervais charged with forgery in Washington County Circuit Court.

• Dec. 5, 2016 — Gervais convicted of theft by deception, fraudulent use of a credit card in Washington County Circuit Court and sentenced.

• July 24, 2017 — Gervais pleads guilty to fraud in federal court in Alabama. Gervais is being held in the Shelby County, Ala., jail awaiting sentencing, which is set for Nov. 13.

"We did Shabbat together, so the whole religion and being that mother figure played in a lot, and I was hurting and needed somebody," she explained.

Their relationship started going south when Krohn-Cully asked for documentation for insurance purposes.

Isabell Kesari Gervais, the self-described naturopath, traditional healer and oriental medicine practitioner, has never been legally licensed to practice medicine, traditional or otherwise, in any state, according to prosecutors.

She fleeced patients at Northwest Arkansas clinics starting in 2011. Prosecutors say she operated clinics in at least four states over 15 years.

"We had a set of five victims that were going to her ostensibly for medical treatment, and she basically took thousands of dollars from them and was just a quack doctor," said David Bercaw, deputy prosecuting attorney for Washington County.

Gervais is finally sitting in jail, but one of her victims wants to make sure the story of her deceptions is told as a warning to people hoping and praying for a miracle.

"It's a fascinating story and it should be a good lesson that should go out to the elderly. When you're very sick or someone you love is very sick, you lose your reason, and particularly if you just have no hope like these people," said Lia Danks. "So, they were vulnerable, and she knew it, and she played right into it."

Gervais was charging drastically inflated prices for medicine at her clinics, gave her patients treatments and tests of questionable legitimacy, charged them for office visits and treatments that never occurred and was making unauthorized charges on patients credit cards, according to a 2014 arrest warrant issued in Washington County.

Danks said she was charged exorbitant prices for a few bottles of questionable medication that when tested at a lab was found to contain nothing of medicinal value. She had to close her credit card account so Gervais wouldn't charge her anymore.

Gervais also claimed to be a doctor with a license from the United Kingdom and to have years of experience treating patients in the United Kingdom and Kenya. But she spent the vast majority of her life in the U.S. She made several brief trips over the last 10 years to observe at a clinic in London, but never treated patients there, according to court documents.

During her stopovers in at least five states, Gervais forged various diplomas, resumes and letters of recommendation, according to court documents. She has eight known aliases.

Gervais operated Sagewood Medical Clinic in Fayetteville, then moved it to Johnson and changed the name to Ascension Medical Clinic.

She skipped town when things started getting too hot in 2014.

Danks has friends who also lost money to Gervais. Two lost their life savings, she said.

"I know of maybe 20 people who have suffered at her hands and really suffered financially," Danks said. "She impoverished these elderly people with no remorse whatsoever. They told her, 'This is all the cash I have saved up.' And, she took it."

Danks said she got mad. She and five others went to police and prosecutors and filed complaints in May and June 2014. Some of the evidence she collected would eventually be used to convict Gervais. When authorities started asking questions, Gervais fled to Missouri and Kansas, then on to parts unknown by the time the arrest warrant was issued.

Krohn-Cully has suffered from a variety of ailments since she was a teen, including fibromyalgia and Crohn's Disease. She hoped Gervais could help.

"She was a con artist of the highest degree. She was very intelligent and played all the angles, became whatever anybody needed," she said.

Then Krohn-Cully asked for her records.

"As soon as I started asking for the documentation, she put on this big display of how she was trying to get it together, but her computer broke down and her son had died and she had to put the memorial on and this, that and the other," Krohn-Cully said. "One excuse after the other."

It was, of course, a lie that insurance would pay for her treatments, she said.

"Then, she also put false charges on my credit card multiple times to the tune of $50,000. I had given her the number for one-time use, apparently she saved it."

Krohn-Cully said she worked with her bank to try and get the charges removed, but officials refused.

"It's not over," she said. "I'm still trying to recover money from the credit cards."

Krohn-Cully went to authorities and filed a criminal complaint against Gervais that would eventually result in one of the state convictions in Washington County Circuit Court.

Gervais found her way to Hoover, Ala., where she created the Euro Med Klinic under the name Dr. Rose Starr. It operated from March 2015 through November 2015, according to Alabama court documents. Prosecutors determined Gervais took between $95,000 and $150,000 from more than 10 patients at Euro Med.

"The defendant's victims were individuals facing severe medical difficulties, including cancer, who were in some cases desperate for effective treatment," according to federal court documents filed in Alabama. "The defendant marketed herself to these individuals and knew or should have known that a victim of the offense was a vulnerable victim."

Court documents also said Gervais did not have the equipment needed to perform DNA tests and did not perform the tests on her patients nor did she send samples from her patients for testing in Germany, as she claimed.

She advertised the Euro Med Klinic's services and her experience as Dr. Rose Starr on the Internet, radio and elsewhere.

Gervais asked patients to fill out various paperwork with personal identification, medical and financial information, including, in some instances, credit card information, according to court documents. She ran various tests on the patients, prescribed regiments and handed out "medicine" she either concocted herself or that's readily available for much less at a health food store. Some was not intended for human consumption.

Patients paid for their visits with cash, credit cards and checks, according to court documents. She charged patients' credit cards without their authorization for visits or services they did not receive.

Each of the payments was collected using an interstate wire and processed through a federally insured financial institution, which made the crimes federal offenses.

Gervais was arrested after a traffic stop in November 2015 in Alabama on the outstanding Arkansas warrant. She was returned to Arkansas and convicted in Washington County in December 2016 of five state counts of theft by deception and one count of fraudulent use of a credit card.

A judge sentenced her to 24 months at the Arkansas Department of Community Correction. She was given credit for 361 days jail time served and ordered to pay $̶3̶3̶6̶,̶5̶0̶0̶ $33,600* victim restitution. Gervais has appealed.

She was charged with forgery in a separate case in Washington County in May 2016. Gervais pleaded guilty in January to second-degree forgery as part of a plea bargain. Circuit Judge Mark Lindsay gave her 10 years probation, fined her $1,000 and ordered her to pay $33,600 victim restitution as a condition of probation.

"I was a little disappointed we just got a fine on it, but at least we maybe recovered some of the money for some of these people, if she ever pays," Bercaw said. "I'm just glad it kind of started the collapse on her. I think our conviction helped the feds with having a file on her."

Gervais was then returned to Alabama where federal prosecutors were waiting with more serious charges. She cut a plea deal there in late July.

Gervais now faces up to 30 years in federal prison and fines up to $1 million for wire fraud involving a financial institution. An identity theft count could add two more years and another $250,000 in fines. A prison term is required by sentencing statutes.

Gervais faces up to five years and fines of up to $250,000 for making a false statement to obtain a post office box and a fake driver's license.

She agreed to forfeit more than $108,000 and pay victim restitution, still to be determined, as part of her federal plea bargain. Gervais will be barred from ever working anywhere she would have access to people's personal identifying information or in the medical treatment of patients.

Danks said she expects if Gervais gets out of prison, she'll start scamming people again because it seems to be the only thing she knows how to do.

"I don't think she's learned anything. She certainly didn't display that in our trial. She was not at all sad or sorry or apologetic or anything," Danks said. "She depends on people who are sick and afraid. She plays to it. It's the old story, people have been doing it for centuries."

*CORRECTION: The amount of victim restitution Isabell Gervais was ordered to pay as a result of her Washington County Circuit Court conviction on fraud and theft was $33,600. The information was incorrect in a previous version of this story.