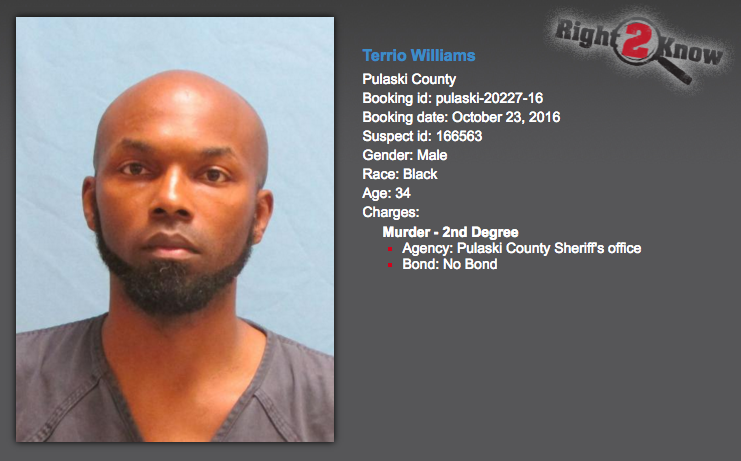 An Arkansas funeral director sentenced to 25 years for fatally stabbing a man with a broken golf club wrote a letter to the presiding judge saying he is "deeply remorseful" for killing someone he considered a good friend.

Terrio Sanchez Williams, 35, pleaded guilty Thursday to second-degree murder in the October 2016 death of Kenneth Love. He was then sentenced by Pulaski County Circuit Judge Herbert Wright to 25 years imprisonment.

Authorities found 27-year-old Love of Waco, Texas, injured in the driveway Williams' North Little Rock home. He was taken to Baptist Medical Center in Little Rock, where he died.

According to Williams’ arrest report, the then-34-year-old got into a fight with Love and another man, who was reportedly Williams’ boyfriend.

Pulaski County deputies said Williams hit Love with a golf club, which snapped on impact. He then stabbed Love with the splintered shaft through his arm and into his chest, authorities said.

Williams was arrested at the scene and charged with second-degree murder.

Before pleading guilty Thursday, a number of people filed letters on Williams’ behalf for the judge to see.

One of those people, Marva Holiday, said she got to know Williams through his work as a funeral director at Hardy Funeral Home in Little Rock. She described him as a man of “delicate nature and tender heart” who comforted the grieving, including her mother.

Williams also wrote a page-long letter to the judge in which he said he was sharing what’s been on his “heart and mind” for the past 11 months.

He described his friendship with Love, saying the two met in New Orleans. They talked often and would meet in either Louisiana or in Houston for vacations, the letter said.

Love came to visit Williams for a weekend in October 2016, and the two went out drinking and hung out with friends, Williams wrote.

“The weekend was exactly what I wanted it to be until that moment,” Williams wrote.

“I never knew emotions could take over in literally just a few seconds,” he later added.

Williams then said he was remorseful for his actions.

“I know that saying I’m sorry can never restore his life or make the Love family whole again,” he wrote. “I hope at some point that the family can find it in their hearts to forgive me. I hope to one day be able to forgive myself.”