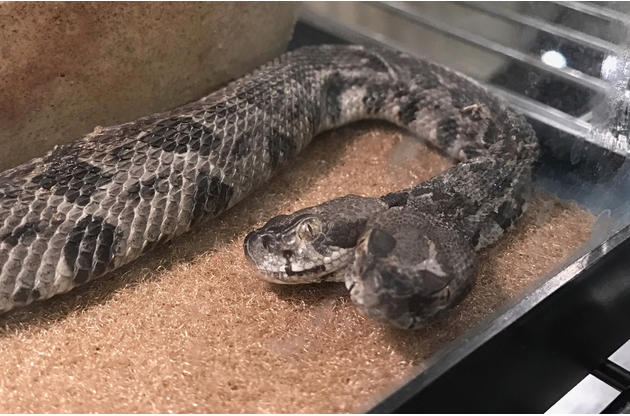 The two-headed snake was taken from a home near Forrest City to Forrest L. Wood Crowley's Ridge Nature Center in Jonesboro.

While inspecting a home Wednesday, an electric worker in Arkansas found an oddity he had never seen beyond magazines and TV: a two-headed snake.

Rodney Kelso, who works as the operations director at Woodruff Electric in Forrest City, said the snake was sunning itself when he found it outside a home on Arkansas 248.

“Fifty years on the ridge and never have seen such,” Kelso said by phone Friday morning.

He put on a pair of gloves and eased the snake into a box.

“It does happen from time to time in nature,” said Walker, an education program specialist at the center. "But usually they die from complications."

After the snake has acquainted itself with its new home, the nature center plans to put it on display.

But first, Walker has some questions to answer. For instance, does the snake eat out of one head, or two?

He said he plans to learn “how it all lays out.”