MOVIE REVIEW: 'It' uses fear of unknown to keep viewers guessing, but could’ve used more of the villain 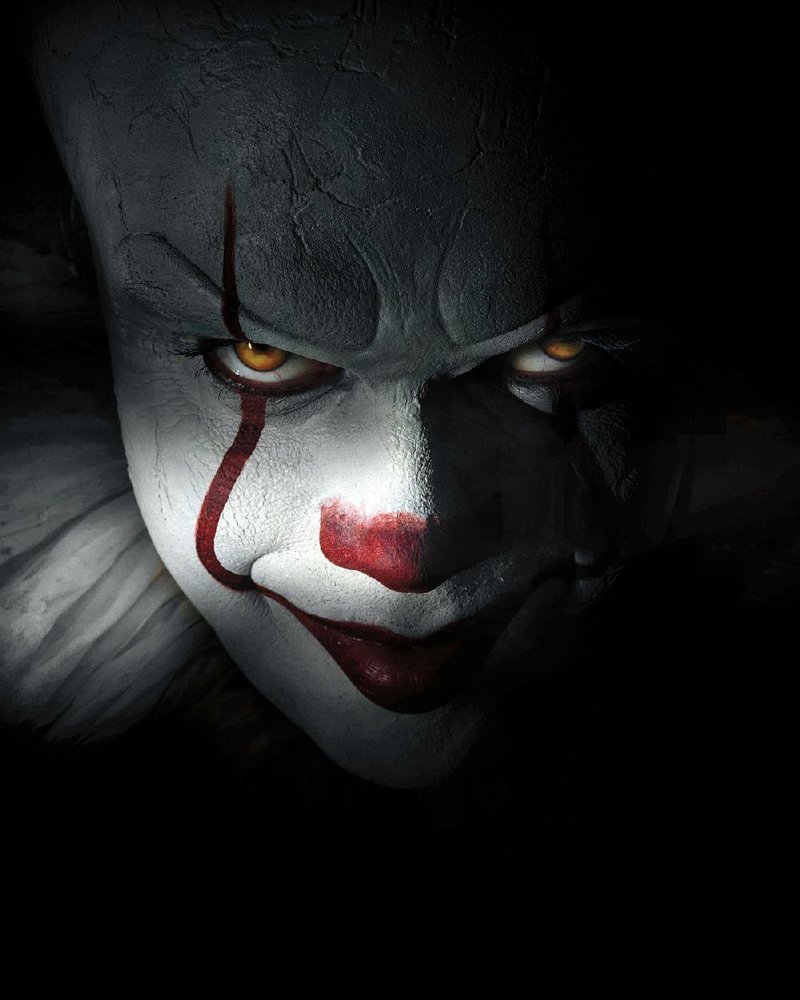 People who make their livings as clowns are understandably upset with Stephen King for writing the sprawling (1,100 pages and change in paperback) novel It, which features a spectral jester who not only frightens youngsters but apparently dines on them with his spiky teeth. The title refers to that inexplicable feeling of terror that arises in seemingly mundane settings like basements. It's easy to imagine an amorphous homicidal clown lurking in places where the lighting is poor.

Disgruntled clowns may have a point. It is an adult story about noticing creepy things that grown-ups usually ignore. And the movie version (It was a TV miniseries in 1990) is a consistently unsettling reminder that getting past puberty doesn't make understanding evil or tragic events any easier.

Rating: R, for violence/horror, bloody images, and for language

Actually, the kids in small town Derry, Maine, seem more observant than their parents. After Bill Denbrough (Jaeden Lieberher) loses his brother during a rainstorm, the adults seem strangely indifferent to the fact a disproportionate number of the town's children have disappeared or died in inexplicable ways.

Actually, there is a reason, but it doesn't make much sense, and that's why it's often scarier than it should be. When the 'tweens of Derry venture into areas of town that already look dodgy (and there's a surplus of those), they discover a clown named Pennywise (Bill Skarsgard, the son of Stellan and brother of Alexander).

His smile is painted on, so even the most naive of youngsters can tell that his genial introductions are insincere and that warnings of "stranger danger" are obviously applicable to him. Pennywise shows up around other things that scare the junior high kids of Derry. If they're running from the village's superhumanly sadistic bully Henry Bowers (Nicholas Hamilton) or watching sheep become a meal, Pennywise and his balloons show up when they're least wanted.

It doesn't help that some of his attacks are merely illusions. When he really is out for juvenile blood, the victims don't know he's serious.

He particularly torments a group of misfits who've been dubbed "The Losers Club" because they all have traits that lead their classmates to ridicule them. Bill stutters, and Eddie (Jack Dylan Grazer) has allergies that make him afraid of any potential toxin or germ. Ben (Jeremy Ray Taylor) would rather read about Derry's creepy history, because the other children ridicule his girth. Local hoodlums harass Mike (Chosen Jacobs) because he's black and Stan (Wyatt Oleff) because he's a Jew, while Beverly (Sophia Lillis) has been unfairly labeled a slut. If the shaming weren't enough, her father (Stephen Bogaert) is eerily possessive and has serious boundary issues.

Rounding out The Loser Club is the bespectacled Richie (Finn Wolfhard), who tries to make up for his lack of size by speaking in language that would make a standup comic start clutching pearls.

Argentinean director Andy Muschietti (Mama) is more concerned about sustaining dread than making sense. This is sometimes an asset because the mysterious is always more nail-biting than the logical. Muschietti knows how to create unsettling environments, but It might have been scarier had Skarsgard been given more to do than play behind shape-shifting CGIs -- it would have been even more frightening to watch him switch from ingratiating to intimidating through his performance instead of digital and latex prosthetics. But to the director's credit, he and his collaborators do come up with plenty of nightmarish places for Pennywise to appear.

Some of the more entertaining moments in It occur when the Losers simply interact with one another. The young performers are uniformly strong and play off one another well. The kids speak in credibly immature banter, and the filmmakers wisely keep the adults in the margins of the story. It's a little easier to get worked up about Pennywise and his path of destruction because the people he torments don't yet have the vocabulary to describe him, much less take him on. 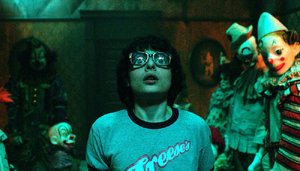 Richie (Finn Wolfhard) deals with a creepy clown in It, the big screen adaptation of Stephen King’s 1986 novel.

While It may leave viewers suspiciously eyeing clowns, it's more unnerving to think there will be parents taking impressionable youngsters to see this film. Those folks are scarier than clowns.

Print Headline: Send in the clown; It uses the fear of the unknown to keep viewers guessing, but it could’ve used more of the villain