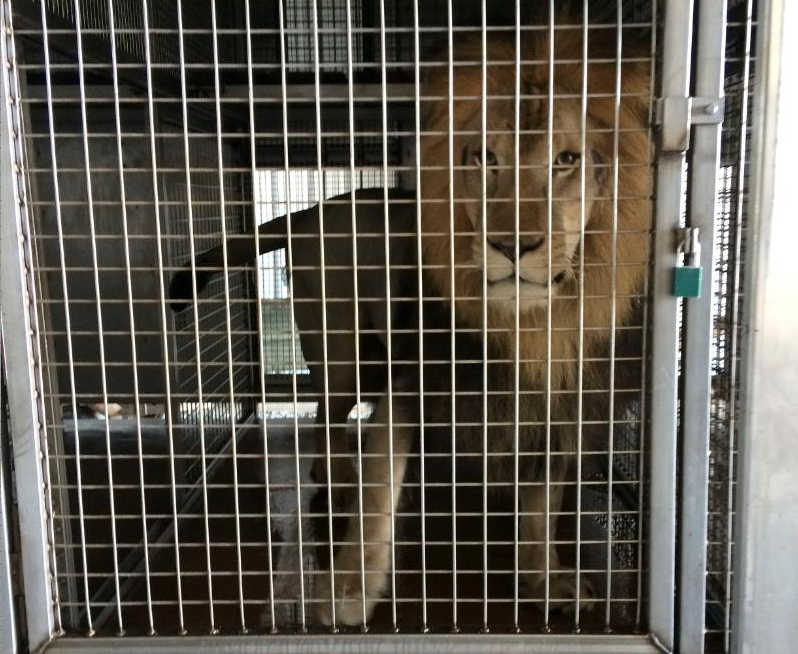 This photo released by the Arkansas Game & Fish Commission shows a lion that was found Saturday night in an Arkansas workshop.

Arkansas officers are guarding six lions, seven tigers and a leopard as the horde of carnivores waits for transport from a workshop where they were found Saturday night, a Game and Fish Commission spokesman said.

Randy Zellers said the Poinsett County sheriff’s office contacted the state agency around 10:30 p.m. to say it had received an anonymous tip about the group of wild cats.

Law enforcement officials went out to the building near Weiner and saw the lions and tigers and leopard sitting in cages in plain view, Zellers said. The animals were healthy, and their owner was with them.

The owner, a man from England, was keeping the cats at the location until they could be flown to Germany, Zellers said. The man had the appropriate paperwork of ownership but failed to alert the county that he’d be harboring the exotic animals temporarily in Arkansas, he said.

Zellers said his department is still tracking down the origins of the animals but believes the man owns them as part of an exhibition.

The spokesman said officials are trying to track down the workshop's owner.

Once the paperwork is set, the animals will be taken to Memphis International Airport, then flown to Europe, Zellers said.

Game and Fish officers will accompany the pack to the state line, he said.