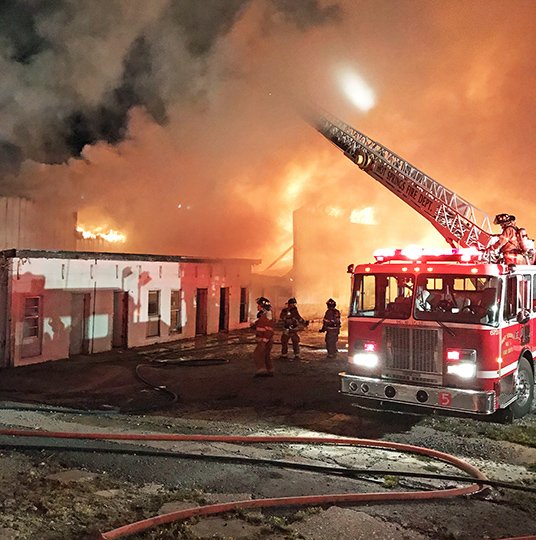 Submitted photo ABLAZE: A fire ripped through two buildings, 628 and 632 W. Grand Ave., at around 12:18 a.m. Monday. No one was injured in the fire, and the cause is under investigation. Photo courtesy of Hot Springs Fire Chief Ed Davis.

A fire engulfed a row of buildings near a Dairy Queen in Hot Springs, destroying two of them and damaging a third, the Hot Springs Sentinel-Record reported Tuesday.

The fire is believed to have started in the back of the building at 628 W. Grand Ave., the newspaper reported.

At least one of the buildings in the cluster was built before 1941, a property owner reported, and one of them formerly housed apartments and a barbershop.

The cause of the blaze remains undetermined.

The Dairy Queen Grill & Chill, which is located just west of the buildings that caught fire, was not damaged. 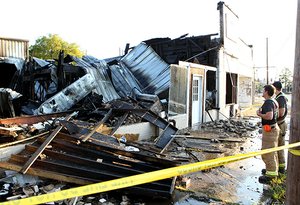 The Sentinel Record/Richard Rasmussen CHARRED REMAINS: Members of the Hot Springs Fire Department look over the remains of a building in the 600 block of West Grand Avenue Monday, after a fire destroyed two buildings and damaged a third.
ADVERTISEMENT