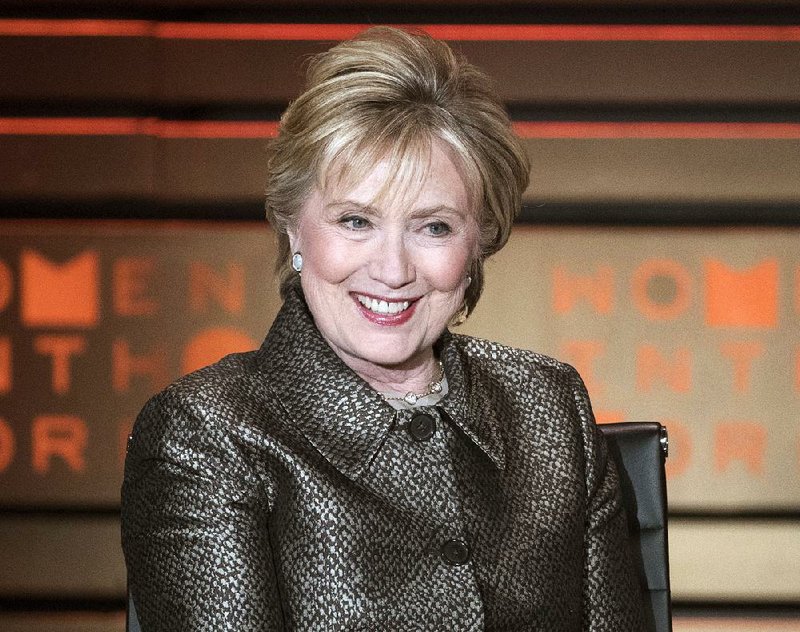 In this April 6, 2017 file photo, former Secretary of State Hillary Clinton speaks during the Women in the World Summit in New York.

White House spokeswoman Sarah Huckabee Sanders said she's unsure if President Donald Trump will be reading What Happened, Clinton's account of the 2016 campaign. She said the president is "pretty well-versed on what happened."

Sanders said Clinton "ran one of the most negative campaigns in history" and said it's "sad" the last chapter of her public life will be defined by selling books with "false and reckless attacks." Sanders did not elaborate or offer any specifics.