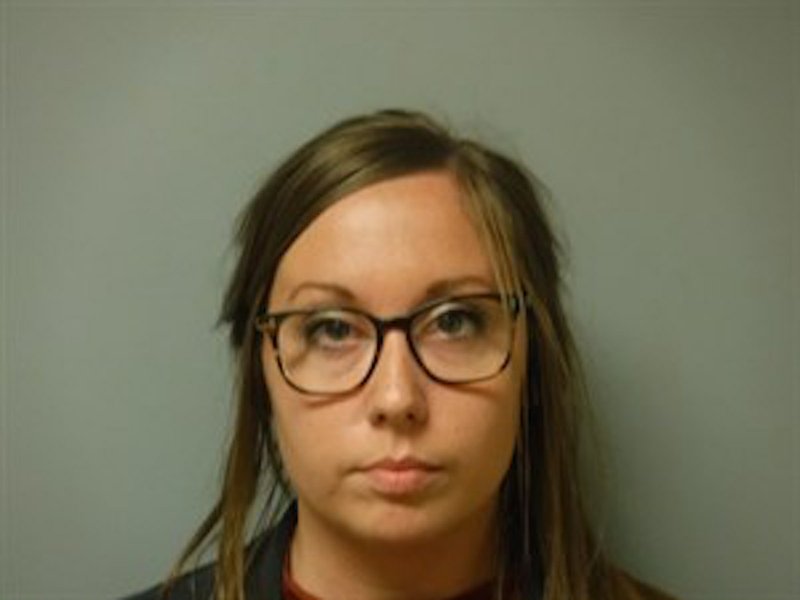 A former art teacher at a northeast Arkansas high school is accused of having inappropriate relationships with four students and reportedly took two to her apartment for sex on the same day.

Jessie Lorene Goline, 25, of Jonesboro faces one count of first-degree sexual assault, according to a filing in Craighead County Circuit Court. Jail records show she was arrested Wednesday.

Prosecutors, citing Paschal v. State 2012 Ark. 127, said the single charge was filed because only one of the students was under the age of 18 at the time.

Goline admitted to school officials that she had inappropriate sexual relationships with four students. She believed one was 18 at the time but later found him to be “way younger than what he had told her,” the affidavit states.

The reported acts happened between January and April of 2016, authorities said.

The students — three from the Marked Tree School District and another from the East Poinsett County School District — said that they had texted Goline and that their conversations became more sexual over time.

One student was dropped off by a friend at Goline’s residence in Jonesboro, where the two had sexual intercourse, he said.

Another student, enrolled in Goline’s class, said the teacher picked him up one afternoon and took him to her apartment, where they had sex before she took him back home to Marked Tree later in the day.

Authorities said they learned that Goline had sex that same day with another student she had taken to her apartment.

The fourth victim was interviewed at Marked Tree High School and told an investigator that Goline commented on “how good he looked in class.” The teacher also reportedly sent the student a photo of herself wearing thong underwear.

An investigation began in April when Marked Tree High School officials learned that a concerned parent had threatened to “do bodily harm to one of their teachers.” The parent had accused Goline of having sex with multiple students.

While school officials were trying to report the accusations to a hotline, Goline came into an administrative office and started crying, prompting the high school’s principal, Matt Wright, to ask what was wrong.

Goline reportedly only shook her head and replied “no, no” several times.

Records show Goline was released at 3:04 p.m. Wednesday from the Craighead County jail after being booked there at 1:50 p.m.