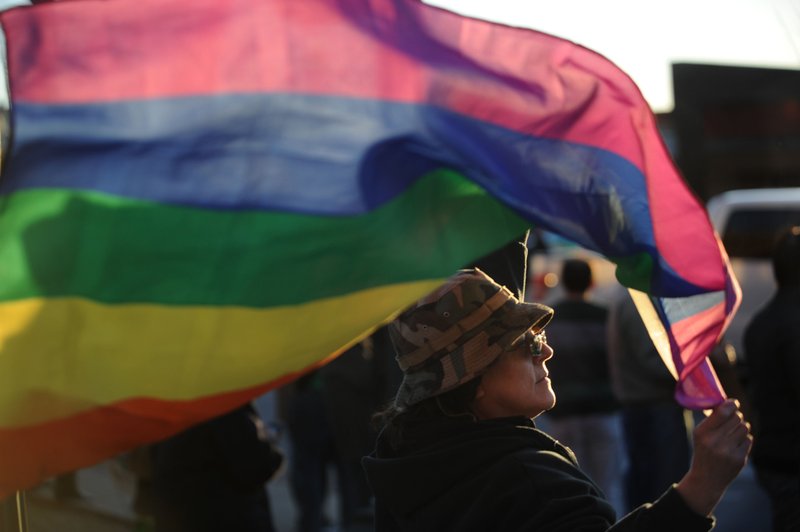 FAYETTEVILLE -- The city's civil rights ordinance will continue to be enforced pending an appeal to the state Supreme Court.

Washington County Circuit Judge Doug Martin on Thursday denied the state's motion to halt enforcement of the city's civil rights ordinance. He also ruled two state legislators must answer the city's request to be deposed and attorneys for both sides must work together during the discovery process.

Act 137, known as the Intrastate Commerce Improvement Act, requires businesses, organizations and employers to adhere to uniform nondiscrimination laws throughout the state. In other words, they must follow the state civil rights act, which bars discrimination based on race, religion, national origin, gender and disability, but not sexual orientation or gender identity. The Legislature passed the law in February 2015 without Gov. Asa Hutchinson’s signature.

Ordinance 5781, known as the Fayetteville Uniform Civil Rights Ordinance, affords lesbian, gay, bisexual and transgender residents the right to appeal discrimination, such as being fired from a job or evicted, to the city. Religious institutions and day cares are exempt from the ordinance. Voters approved the referendum in September 2015.

The Fayetteville civil rights ordinance debate began in the months leading up to the passage of Ordinance 119 in August 2014. Voters repealed the ordinance in December, then the City Council passed another ordinance in June 2015 that went to voters in September 2015. That referendum passed with a 53 percent majority.

Opposition group Protect Fayetteville sued and the state later intervened. The American Civil Liberties Union of Arkansas intervened on the city’s side.

The Arkansas Supreme Court in February ruled the city’s civil rights ordinance violates Act 137, but justices didn’t address the constitutionality of the act, leaving that question to the lower court.

The Arkansas Supreme Court ruled in February the ordinance violates a state law, Act 137, but sent the question of whether the state law is constitutional back to the lower court. Thursday's hearing dealt with procedural issues to get to that larger question.

Act 137 deals with uniformity in nondiscrimination laws throughout the state for the benefit of intrastate commerce. Rep. Bob Ballinger, R-Berryville, and Sen. Bart Hester, R-Cave Springs, sponsored the law, which the Legislature passed in February 2015.

Fayetteville's ordinance lets lesbian, gay, bisexual and transgender residents appeal to the city if they are fired from a job or evicted because of possibly discriminatory reasons. A commission was set up to take up such cases but has reviewed none so far. Voters approved the ordinance in September 2015.

Deputy Solicitor General Nicholas Bronni, arguing on the state's behalf Thursday, said the city's decision to keep enforcing the ordinance has done irreparable harm because the city has essentially blocked a state law.

City Attorney Kit Williams said the state failed to provide an instance of such harm, which is critical in granting an injunction.

Martin also ruled Ballinger and Hester should explain their reasoning for the legislation and answer questions the city may have about it in deposition. Much of Thursday's arguments centered around whether email or documents related to a legislator's motivations in crafting or voting for a law should be exempt under privilege.

"What are they afraid of? Did they not do what they thought was the right thing? Why can't they say that?" Williams said. "Why are they scared? Is that what legislative privilege says -- that they might've gone over next door and talked to somebody and said, 'I voted against that because somebody gave me $10 to do it.' Is that going to be protected?"

Ballinger, who attended Thursday's hearing, emphasized afterward the importance of elected officials being able to do their work.

"I intend to be an open book with anybody, so I really don't mind talking about things," he said. "However, there's real value to that legislative immunity. It's way bigger than me, way bigger than this case."

Martin ordered representatives from both sides of the case to work together during the process of discovery, which is when attorneys make requests from each other for documents and information. The process usually plays out as a negotiation among the parties.

The state had argued requests for documents from the city and ACLU were unreasonable and would require searching billions of pages of records. Martin told the city and ACLU to narrow the scope of their request and instructed the state and attorneys for the plaintiffs to better communicate with the other side.

Travis Story, attorney for the anti-ordinance group Protect Fayetteville, said his team will appeal all of Martin's decisions to the state Supreme Court. A tentatively scheduled date in November to hear arguments on the overall constitutionality of Act 137 likely will be delayed, both Story and Williams said.