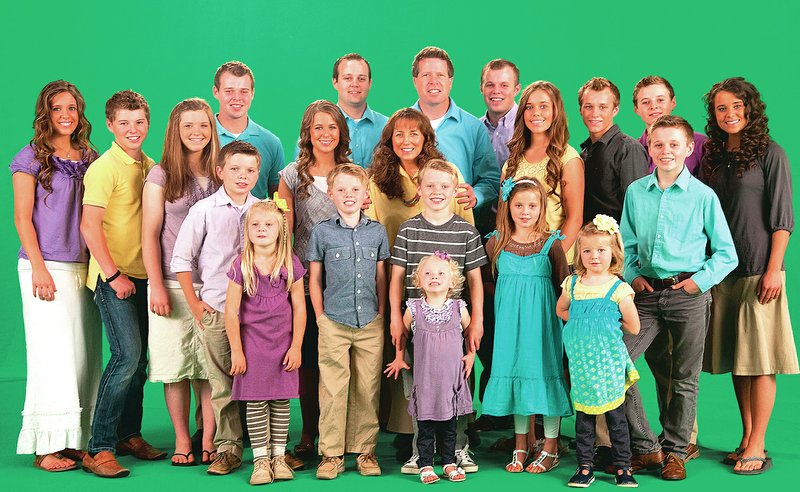 The Duggar family, the stars of the TLC reality show "19 Kids and Counting," are shown in this undated publicity photo.

FAYETTEVILLE -- A federal judge said Monday he will decide soon whether Northwest Arkansas officials should have immunity from being sued for releasing decade-old information about an investigation into the sexual abuse of four Duggar daughters by their brother Josh.

Four daughters of the Jim Bob Duggar family sued the officials in May, claiming they improperly released police investigation documents to a celebrity magazine, which published the information. The investigation determined that Josh Duggar fondled the sisters and at least one other girl. The statute of limitations had run out and no charges were filed.

The sisters' lawsuit, filed in U.S. District Court in Fayetteville, claims invasion of privacy, outrage and violation of the right to due process. The lawsuit seeks unspecified compensatory and punitive damages to be determined at trial.

City and county officials have asked Judge Timothy Brooks to throw out the lawsuit, arguing that they are entitled to qualified and statutory immunity from being sued and the lawsuit fails to state a claim. They also contend that the information was public knowledge when it was released.

Brooks held a hearing on the motions Monday morning, took the arguments under advisement and said he will issue a written order soon.

"It's despicable what happened here. There's no greater violation of a young person than to tell the world about their sexual assault," said Steven Bledsoe, an attorney for the girls. "Any details about the sexual assault of a minor are not subject to disclosure" under the state's Freedom of Information Act.

Bledsoe said the release of information was intentional, deliberate and nefarious.

"There's a rush to get this information out to the tabloids," Bledsoe said.

Justin Eichmann, an attorney for the Springdale defendants, said officials felt they were required by law to release the redacted investigation reports.

Eichmann also said the Arkansas State Police may have promised the sisters confidentiality for their statements, but Washington County and Springdale officials did not and are not bound by any promises the state police made.

Eichmann said Arkansas Juvenile Code does not apply to the case because there was no arrest, no detention, no criminal proceedings involving Josh Duggar, and he was an adult when the information was released. The subjects of the Freedom of Information Act request were Josh, Jim Bob and Michelle Duggar and not the daughters, he added.

Jason Owens, an attorney for the Washington County defendants, said they released the information after Springdale officials released their reports, but they may have inadvertently released the age of one girl.

Susan Kendall, another attorney for the Springdale defendants, said the information was released to a lawyer who requested it, and officials had no indication that person intended to release the information to tabloids.

"In this case what we have -- at best -- is the negligent release of a police report" under the Freedom of Information Act, Kendall said.