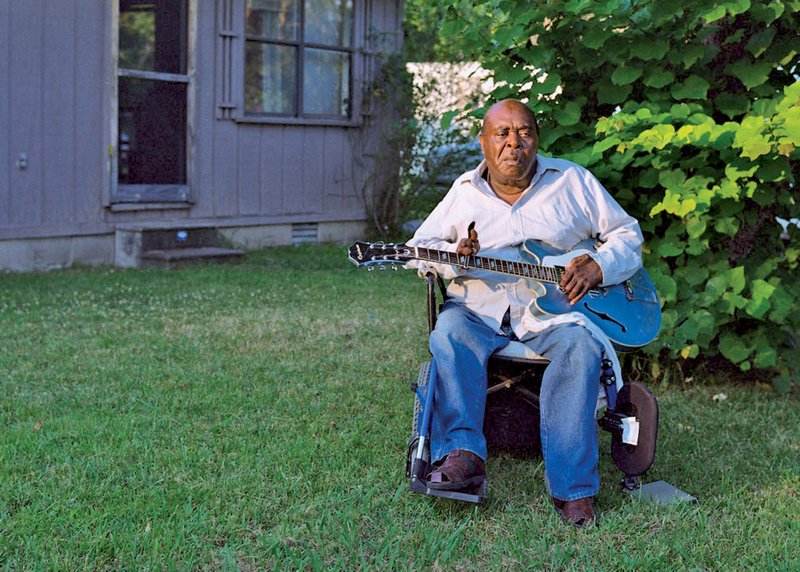 Arkansas bluesman CeDell Davis has died, according to a statement.

Davis’ record label, Fat Possum Records, said via social media Wednesday night that “We lost another legend.” Another post from the recording company based in Oxford, Miss., added: “A tone like no other, and truly inspiring."

The musician was born June 9, 1927, in Helena, according to his artist biography. He lived there and in the upper Mississippi Delta area before moving to Pine Bluff in the 1960s.

A source told the Arkansas Democrat-Gazette that Davis' birth certificate actually lists 1926 as his birth year, making him 91.

As a 10-year-old child, the blues singer grappled with severe polio, which left his hands unable to make chords on his guitar. He later taught himself how to play using a butter knife as a slide, the Arkansas Democrat-Gazette previously reported.

In 1957, Davis was badly injured at a St. Louis tavern when an apparent police raid caused a massive stampede, his biography states. The incident resulted in him losing function of his legs and left him largely confined to a wheelchair.

A stroke in 2005 left him temporarily unable to play guitar.

Davis was set to perform next week at the King Biscuit Blues Festival, which has been held in Helena-West Helena since 1986.