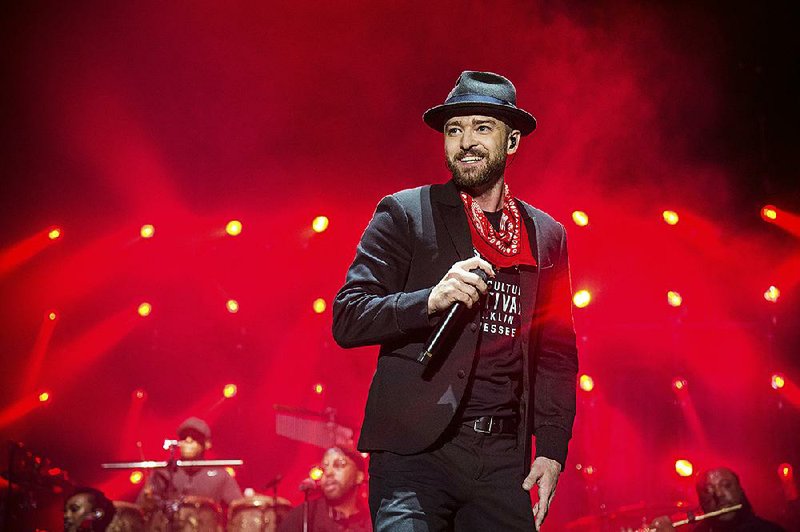 Justin Timberlake performs at the Pilgrimage Music and Cultural Festival on Saturday, Sept. 23, 2017, in Franklin, Tenn. (Photo by Amy Harris/Invision/AP)

Tickets for the Jan. 17, 2019, show go on sale at 10 a.m. Monday, though presales for American Express cardholders and fan club members begin on Wednesday. Tickets range in price from $52.50 to $228 before service fees.

The Arkansas stop is a new addition to Timberlake's The Man of the Woods tour, which began last month in support of his new album of the same name.

Timberlake, a Memphis native and former member of NSYNC, is a 10-time Grammy winner who has sold more than 12 million records in the U.S. as a solo artist, according to Billboard. He performed the halftime show at the Super Bowl in February.