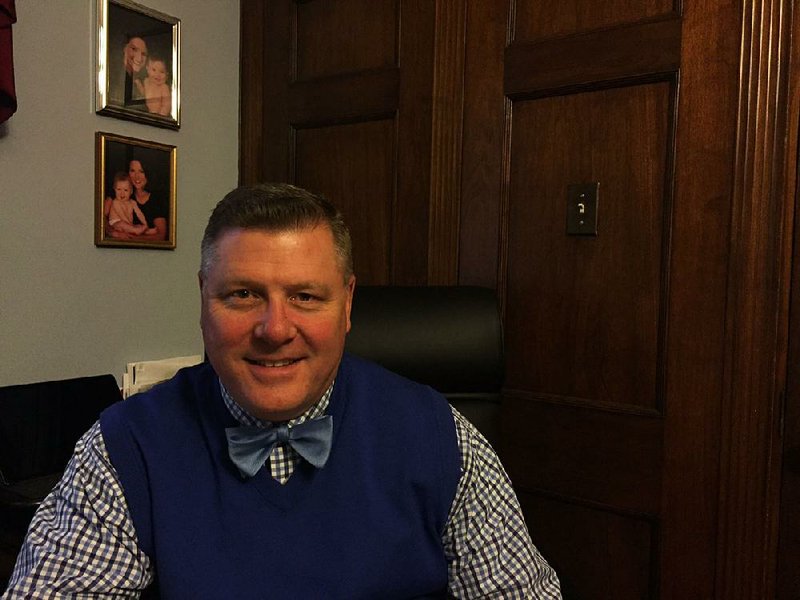 U.S. Rep. Rick Crawford, R-Ark. is shown in this photo.

But the Republican from Jonesboro said he's seen no evidence that Russian President Vladimir Putin wanted Donald Trump to win the election nor signs of collusion between the New York businessman's campaign and the Kremlin.

Rather than arguing about the last election, Democrats and Republicans should focus on fixing flaws so that future Russian election attacks fail, the House Intelligence Committee member added.

All 435 seats in the U.S. House of Representatives are up for election this year; 35 Senate races also will be decided.

"Continuing the fight over whether or not we can find evidence to support impeachment charges against Trump is ridiculous when we have an election this year and we haven't stepped forward with the kinds of aggressive security measures I think we need to secure our elections," Crawford said.

On March 22, days before embarking on an intelligence-related trip to Asia, Crawford voted to release the committee's Russia report.

Once the intelligence community completes its "expedited declassification review," the document will be made public, the panel's chairman, U.S. Rep. Devin Nunes, R-Calif., announced.

The committee has rejected claims by the intelligence community that Putin had a "clear preference" for Trump.

But it accepts other key findings in an intelligence community assessment that was released early last year, Crawford said.

Crawford said he shares that assessment.

From Moscow's perspective, the attacks on American democracy have been successful, according to Crawford.

The Russians achieved key goals despite assuming, incorrectly, that Clinton would win the presidency, Crawford said.

Putin "was seeking to discredit her on the world stage and to diminish the United States on the world stage ... [to] make it difficult for that person to govern and make it difficult for that person to assume the highest levels of leadership in the global community. That was, to me, the clear goal here," Crawford said. "But Trump won and now he's being discredited by the Democrats in Washington."

The Democrats on the committee opposed the decision to shut down the investigation. U.S. Rep. Adam Schiff, D-Calif., the ranking member on the committee has called the Republican-authored report "deeply flawed."

"It was clear that their report was going to be completely political from beginning to end and there really wasn't much to work on in a joint fashion," Schiff told reporters.

Crawford, a four-term incumbent, was selected to serve on the House Intelligence Committee in January 2017.

Since then, he has traveled frequently.

Last year, he was dispatched to Albania, Croatia, Bosnia, Mexico, Colombia and Panama.

His latest trip, last week, took him to South Korea.

He met with U.S. and South Korean military leaders, officials from Camp Humphreys and Osan Air Base. He was impressed, he said, by the people who live in the shadow of a nuclear North Korea and its leader, Kim Jong Un.

"The citizens of Seoul and I think, generally, South Korea, they go on about their business as if that's not an ever-present threat. I think they maintain a great attitude," Crawford said.

The relationship between the U.S. and South Korea is "a pretty stellar example of a partnership that works," he said.

As the U.S. and North Korea prepare for a possible summit later this year, "It's very unpredictable. You know, Kim Jong Un has been volatile. I guess that may be a kind way of putting it. He's hard to predict and there is a concern, obviously, that he might be trying to put one over on us with his detente posture with regards to the United States and with other nations," Crawford said. "I think what this may mean is that sanctions are starting to have an effect so he's maybe looking to soften his position."

Asked which countries, from a national security standpoint, are cause for the greatest concern, Crawford said Russia, China, North Korea and Mexico.

Mexico is a cause for concern, primarily, because of the flow of drugs across the border.

"It's rampant," Crawford said. "To me, border security is not as much about immigration as it is about the national security threat that the [drug] cartels present."