Union rallies to push for raise for workers, assistants at UA 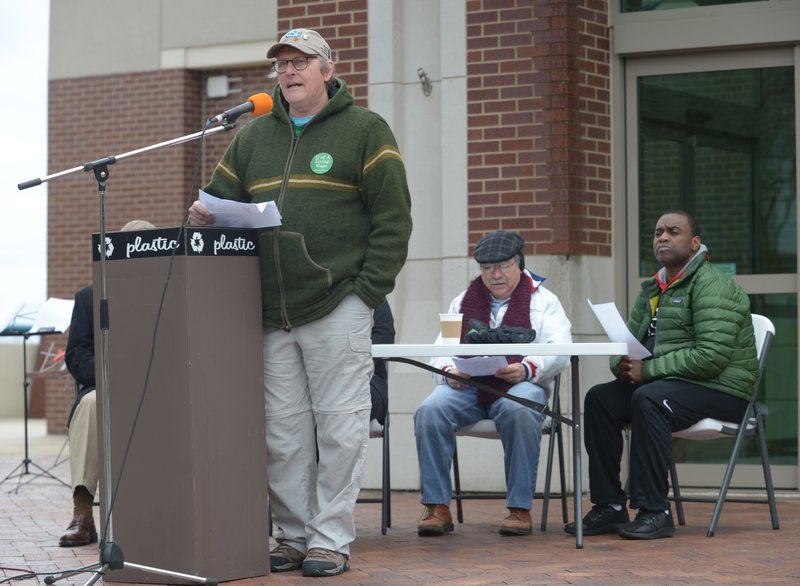 FAYETTEVILLE -- The lowest-paid workers at the University of Arkansas, Fayetteville should earn at least $30,000, or $14.42 per hour, speakers said at a union-organized rally Saturday.

About 40 people attended an event outside the Fayetteville Town Center organized by the American Federation of State, County and Municipal Employees Local 965.

The union has a membership of 37, according to group leaders, but is advocating for all of the university's employees and graduate research and teaching assistants. As of 2016, the university had more than 3,100 total full-time and part-time staff members.

"We have many, many employees at the University of Arkansas who support the university's mission," Steve Boss, a geosciences professor and secretary-treasurer elect for the union, said at the rally.

Employees such as custodial and clerical workers "help us do our job as faculty and deserve living wages," Boss said.

Voorhies said there have been "incremental improvements to wages and benefits," calling it a "long-term effort."

The union's campaign, which includes an ongoing petition drive, also asks that graduate assistants be paid at least $15,000 per year for a half-time appointment. The petition asks for a moratorium on salary increases for administrators earning more than $100,000 annually.

Arley Ward, a history doctoral student, said at the rally that graduate students teach a large number of courses at the university compared with similar schools.

Ward, a leader with the university's student government, said many graduate students struggle with being able to afford food. He said he has worked three jobs this year while also taking out loans to pay for living expenses like medication, and added that he has fewer concerns compared to students with children.

"I do not understand how my peers who do have children manage to survive," Ward said.

Print Headline: Union rallies to push for raise for workers, assistants at UA