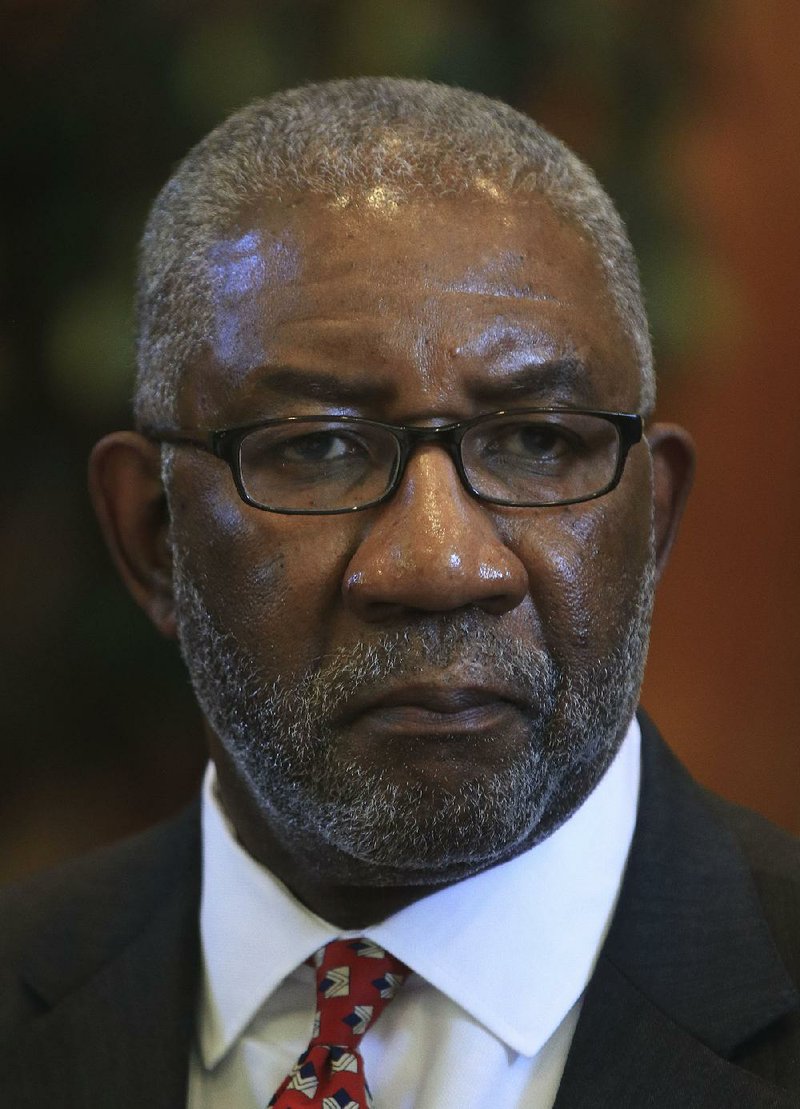 A federal judge on Thursday refused to dismiss a circuit judge's lawsuit against the seven justices of the Arkansas Supreme Court who barred him from presiding over death-penalty cases, but the high court itself was dismissed from the case.

U.S. District Judge James Moody said Pulaski County Circuit Judge Wendell Griffen's claims against the court itself are barred by sovereign immunity, and his request to undo the ban is barred by federal law. But he said Griffen may pursue his claims of constitutional violations against the individual justices in their official capacities.

Griffen, who is also a Baptist minister, contends that the justices violated his constitutional rights by imposing the ban in response to his participation on Good Friday last year in an anti-death penalty rally on the steps of the state Capitol and later in a protest at the Governor's Mansion during which lay on a cot "in solidarity" with Jesus.

Earlier that same day -- on April 14, 2017 -- Griffen had issued a temporary restraining order that prevented the state from using the drug vercuronium bromide in executing death-row inmates. The ruling was made in response to a lawsuit filed by the drug's manufacturer, which said the state had illegally obtained the drug.

Griffen, who has said he regarded the case as a property-rights case, set a hearing for the following Tuesday to decide the matter further. Over the weekend, however, the state filed an emergency petition asking the state Supreme Court to disqualify him.

His lawsuit contends that the Supreme Court went beyond disqualifying him from the drug case, and on its own initiative it permanently banned him from presiding over any case involving the death penalty or the execution protocol.

"This is a huge win for Judge Griffen, one which cannot be overstated, especially given the current legal landscape and opposition we faced," attorney Mike Laux said Thursday in an email. He added, "With its ruling, the court recognized the viability of Judge Griffen's allegations."

Attorney Robert Peck, who represents the court itself and three of the justices, said in an email, "I'm gratified that the court agreed with our argument that the Arkansas Supreme Court cannot be sued in these circumstances. On the other issues, the court simply said that it was going to give both sides an opportunity to develop more facts before deciding whether Judge Griffen has a legally cognizable case."

On Monday, Moody had granted the high court's request to temporarily halt discovery -- the process of gathering information in preparation for trial -- until he ruled on the court's and the justices' motions to dismiss.

But in his nine-page written order filed Thursday afternoon, he lifted the stay.

"As a result of this order," Laux said, "we are now permitted to engage in meaningful discovery, much of which will focus on contemporaneous communications among and between the Justices, the Arkansas Attorney General's office and various state senators and representatives. We will also take rigorous depositions of these individuals and others. This is big news."

In finding that the Supreme Court is immune from lawsuits filed in federal court under the 11th Amendment, Moody dismissed the part of Griffen's lawsuit that claimed the justices violated a 2015 state law, the Arkansas Religious Freedom Restoration Act. The law prevents a government from substantially burdening a person's exercise of religion unless it demonstrates that doing so compels a government interest in the least restrictive way.

Moody declined to address the justices' arguments that Griffen has failed to provide sufficient facts to support his claims of violations of his speech, religion, due process and equal protection rights, saying the lawsuit hasn't yet progressed far enough to make those determinations. He said that at this stage of the case, "The question isn't whether [Griffen] will ultimately prevail ... but whether his complaint was sufficient to cross the federal court's threshold."

After reviewing the record and accepting the plaintiff's allegations as true, as is required at this stage, Moody said he "cannot state that [Griffen] has failed to state plausible claims for relief."