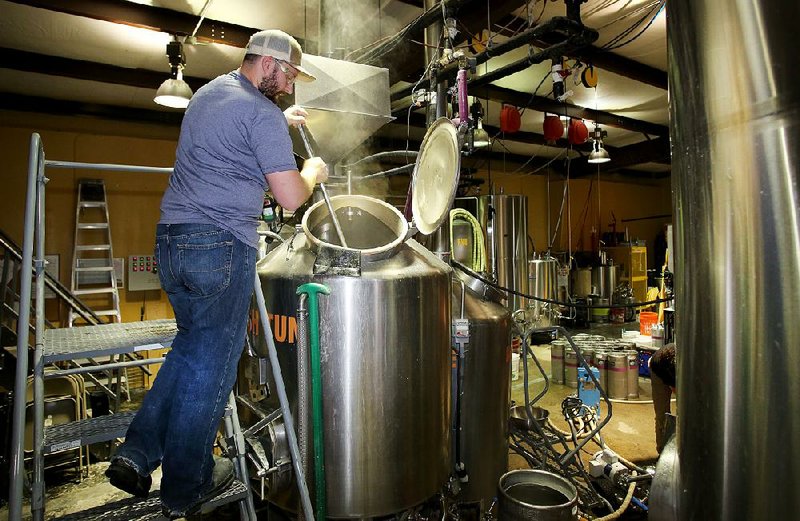 Chris Courtney, a brewer at Fossil Cove in Fayetteville, stirs a mash last week at the company’s Birch Avenue base. The brewery is moving some of its operation about a half block away to Poplar Street. ( David Gottschalk)

FAYETTEVILLE -- Fossil Cove Brewing Co. is leasing space just around the corner from its taproom and brewery and plans to use the new location to produce more beer by early summer.

Owner and brew master Ben Mills said in a recent interview that he scrapped the idea of building at a different location when the opportunity arose to lease the property at 535 W. Poplar, which once housed a restaurant. The added space will allow Fossil Cove to meet current production demand and allow for expansion to new markets.

Fossil Cove's brewing and taproom operation is in a 3,500-square-foot building on Birch Avenue. Most of the brewing hardware will be moved to the new 7,500-square-foot space, and more equipment will be added as well. Mills said the move will allow the brewery to increase production by about 40 percent.

And with the new location just steps away from the existing taproom and brewery, Mills said visitors to the taproom can simply stroll over to the production brewery for tours.

Mills said Fossil Cove distributes its beer primarily to bars, restaurants and retailers in Washington County, but with the added capacity he anticipates extending the brewery's reach along the I-49 corridor to Bentonville. Eventually he hopes to see his beer in Siloam Springs and Eureka Springs.

Fossil Cove operates under a small brewery permit. According to data provided by the state Alcoholic Beverage Control Division, the brewery produced 1,403 barrels or 43,493 gallons of beer in 2016. There are 31 gallons in a barrel of beer.

Statewide, Arkansas' commercial brewers produced 28,543 barrels of beer in 2016, according to Alcoholic Beverage Control records. The state has 26 active small-brewery permits and 17 microbrewery restaurant permits. The Brewers Association, a trade group supporting craft breweries, said Arkansas ranked 38th in the nation in the number of craft breweries and 41st for breweries per capita for those over 21 years of age.

Bart Watson, chief economist for the Brewers Association, said while there really is not a typical way a small brewery expands, Fossil Cove's expansion plans have advantages, including capitalizing on established logistics and brand familiarity by not shifting its location.

"They know the lay of the land," Watson said.

Mills said the addition of the production brewery will open up much needed space at the Fossil Cove taproom, which can become crowded during peak hours. Plans are to add seating and to do some renovation to make the space more accommodating.

"It gives us some breathing room," Mills said. 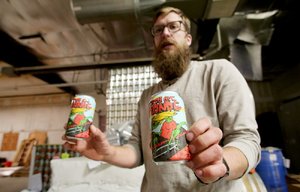 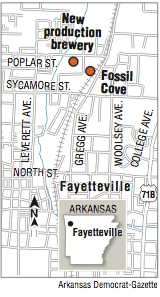