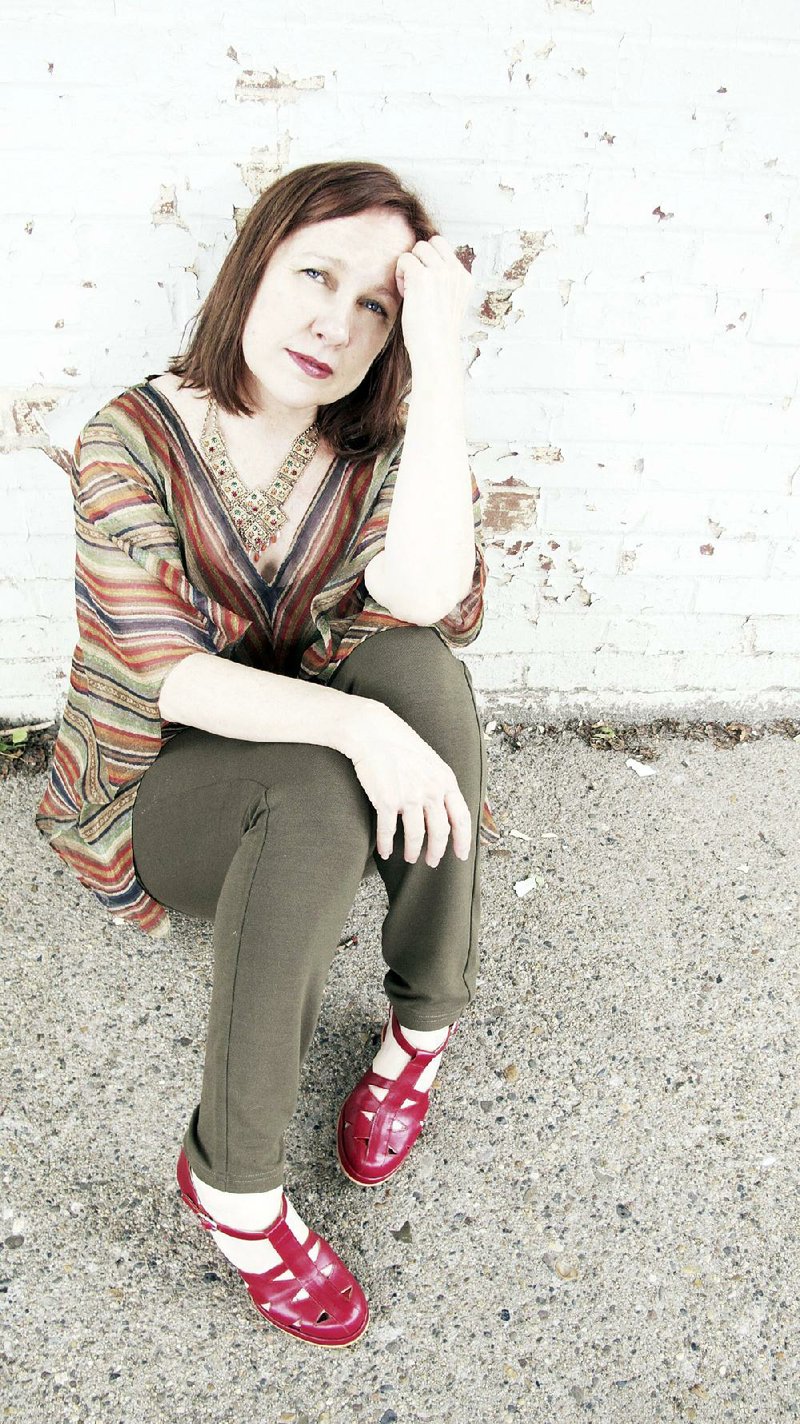 On Sunday, she hits the South on Main stage for a solo set expected to be sold-out.

Right now it's late March and she's at the Iowa City, Iowa, home she shares with fellow musician Greg Brown and their 18-year-old daughter. She's also studying up on fellow Arkansan Portis.

Though her song, "Leaning on the Everlasting Arms," was used in the Coen Brothers remake of the film True Grit, DeMent had never read the book.

"I just went to the library this morning and got myself a copy, so I will have read it before the show," she says. "A number of people have told me that it's their favorite book, and I really enjoyed the movie. I'm looking forward to it."

DeMent, 57, is the youngest of 14 children and spent her first three years in Paragould before leaving with her family for Southern California.

"My dad stood on a picket line in Paragould trying to get a union at the factory he worked at for about a year," she says. "That would have been 1963. At the end of that year, they hadn't succeeded, so that's why we left."

DeMent's interest in music came directly from her parents and the Pentecostal church: "My mom, who passed away in 2011, kept singing all the way into her 90s. My dad passed away in 1992, and he played fiddle and led song services in church. There was music throughout my entire family. It was always there, so it seemed like a natural direction for me to go."

Her debut album, Infamous Angel, was released in 1992 and featured the wistful, gorgeous "Our Town" and introduced DeMent's songwriting and homespun vocals.

The record also included an all-star lineup of Nashville heavy hitters, with contributions from Jerry Douglas, Hal Ketchum, Emmylou Harris and others. DeMent's mother appeared on the traditional gospel song "Higher Ground," which closed the album and John Prine, with whom DeMent would later record the humorous and sweet "In Spite of Ourselves," wrote the liner notes. A version of the first track, "Let the Mystery Be," was used as the theme song in the recent HBO series The Leftovers.

My Life followed in 1993. DeMent's other records include The Way I Should, Lifeline and Sing the Delta.

Her most recent album, 2015's moving, piano-based The Trackless Woods, is made of songs adapted from translations of poems by Russian poet Anna Akhmatova, who died in 1966.

DeMent doesn't hesitate when asked about the experience of putting Akhmatova's poems to song: "It was a lot easier than coming up with my own words, I can tell you that."

The record was inspired by her daughter, Dasha, who DeMent and Brown adopted from Siberia when she was 5.

"I found myself reading Russian novels and poetry, just trying to become familiar the world that created her," DeMent says. "I'd never heard of Anna and I came across her in a book of poetry one day and -- I don't know how else to put it -- I felt directed to set her poems to music. I'd never done anything like that. I enjoyed it, and I'm in fact thinking of doing a second album of Anna's poems."

Her latest recording is a protest song, "We Won't Keep Quiet," which she performed at an Iowa City rally and was made into a video.

"I recorded that after Trump's first travel ban on Muslims, which was very distressing to me," she says. "I was invited to participate in a rally here in town and I wrote that song for that event. I haven't actually released it. [The video] is on my website."

While Saturday's variety show will feature music, comedy and readings of True Grit, Sunday's set will be DeMent alone at the piano, with maybe a little guitar picking thrown in.

"I'm primarily on piano ...," she says. "I've kind of gone back to my original instrument. I've always felt most comfortable sitting at the piano."