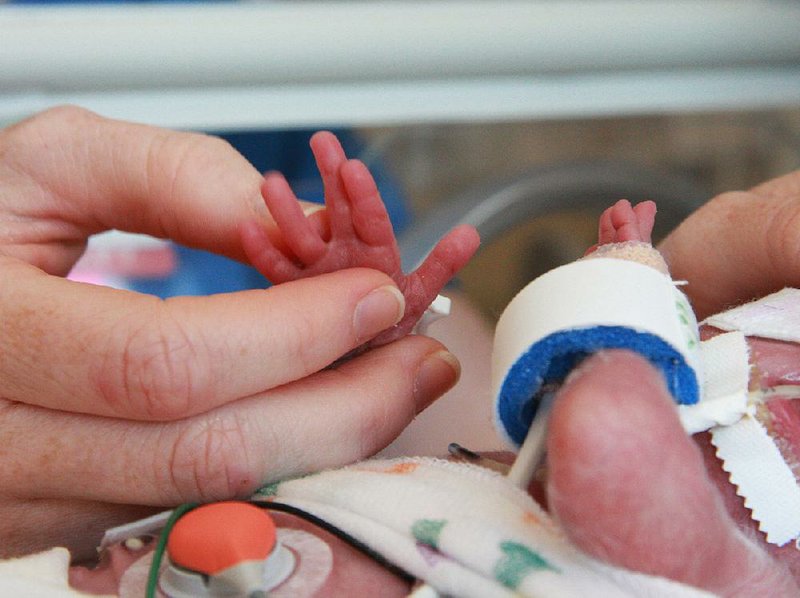 Doctors and officials say years of increasing opioid use — and misuse — have caused a significant increase in cases of drug-dependent newborns, who face harrowing stays in intensive care nurseries.

For years, Sasha Regan couldn't face the truth -- that she took drugs while she was pregnant, that she left her baby's health to chance.

Her daughter weighed 4 pounds at birth. She dropped to a mere 2 pounds while in the hospital, unable to keep anything down.

Sasha -- then a teenager in Batesville -- didn't tell doctors about the drugs she'd taken in the previous nine months, let alone the years before. The narcotic painkillers and benzodiazapene anxiety medications had been prescribed. The methamphetamine was not.

"Nine years later, you can tell what me taking drugs did to her," she added. "You can see the problems."

Sasha's 9-year-old girl has multiple mental health diagnoses, including schizophrenia -- a mental illness characterized by delusions, hallucinations and scattered thought patterns. The illness, which can be genetically inherited, runs in her family.

Infants exposed to drugs in the womb often suffer from neonatal abstinence syndrome and its physical withdrawal symptoms that can last up to four months. Its long-term health effects are mostly unknown -- although early research shows that these children don't do well in school later.

Doctors and officials say that a decade or more of rising opioid use and misuse in Arkansas produced a spike in cases of drug-dependent newborns.

Sasha today is being treated at a long-term Arkansas residential facility, where she undergoes intensive therapy that helps her deal with drug abuse and past traumas. She was born into domestic violence. Her father, a drug addict, was murdered when she was 9.

And for the first time she's said out loud what she kept secret when her daughter was born -- that she took drugs when she was pregnant. She's learned she wasn't the only mother in therapy there who'd used opioids while pregnant.

Sasha is also working to restore relationships with her 10-year-old son, who lives with her mother, and a 2-year-old son who's in foster care.

Her daughter is in a residential program that works with kids who have mental health issues.

She plans to reunite with her daughter and youngest son after completing treatment.

If pregnant women dealing with drug addiction knew they could get help without judgment, then they'd be more likely to ask for support, she said. Sasha hopes that, as the state grapples with the flood of prescription and illicit opioids, officials come up with more ways to help families.

"It is too easy to say, 'This is all I am ever going to be.' But it's never too late," she said. "I'm more honest than I have ever been before. It's a healing process."

The babies come into the world going through withdrawal.

They stay in the intensive care nursery, wailing, faces contorting as they wring their hands. Their tiny bodies tremble with unbridled force. A few lie stiff as a board, refusing food. Many also suffer from seizures, fever, throwing up, diarrhea, cramps and difficulty sleeping.

These infants have been diagnosed with neonatal abstinence syndrome.

Cases of the syndrome in Arkansas increased tenfold between 2000 and 2014, according to state Health Department records.

The rate of neonatal abstinence syndrome among babies in Baxter, Crawford, Fulton, Jackson, Logan, Scott and Sebastian counties was even higher, ranging from 6.3 to 13.6 cases for every 1,000 births, records show.

Except for Logan County, the same counties also have opioid prescribing rates higher than the state average of 115 per 100 residents, according to U.S. Centers for Disease Control and Prevention figures.

There also is no set method to diagnose the syndrome. That hinges on doctors' individual evaluations. Hospitals aren't given any reporting guidelines, either.

Preliminary research shows that a syndrome diagnosis is linked to "poor and deteriorating" academic performance in the child's later years.

A January 2017 study in the journal Pediatrics found that children born with neonatal abstinence syndrome performed steadily worse on tests as they got older. By seventh grade, nearly 38 percent failed to meet the minimum standards in at least one testing category. Comparatively, 18 percent of children not diagnosed with the syndrome failed to meet minimum standards.

The study looked at third-, fifth- and seventh-grade reading and math test scores for all children born in the Australian state of New South Wales between 2000 and 2006. The study controlled for other factors that affect academic performance, such as socioeconomic background and parental education level.

Researchers concluded that children born drug-dependent and their families must be identified early and "supported beyond withdrawal to minimize the risk of school failure and its consequences."

In extreme cases, babies going through withdrawal, usually from heroin, end up staying in the hospital up to four months after birth, contributing to rising medical costs.

Babies with the syndrome typically stay in the hospital 11 days after birth, rather than two, which is Arkansas' median length of stay for infants who don't have the syndrome. The cost of extended care for an affected baby is $31,413, as compared with $3,533 for an unaffected baby, using 2014 figures.

Dr. Whit Hall, a neonatologist at the University of Arkansas for Medical Sciences, said the hospital recently began reviewing how it handles neonatal abstinence syndrome cases because the problem is "extremely complex," and there are "so many people on opioids now."

Hall said the hospital changed how it prescribed buprenorphine -- an opioid used to treat addiction -- to pregnant opioid-dependent women a few years ago. It's typical for the hospital staff to later assess whether the revisions are working, he said.

One idea being considered is to create an outpatient program so mothers can go home with their babies earlier. The program would include social workers who could "very carefully" follow up with families, Hall said.

Most infants with the syndrome suffer the agony of full withdrawal without receiving any opioid treatment.

Some South Carolina hospitals will soon offer methadone for neonatal abstinence syndrome babies, as part of a research project. Some hospitals in other parts of the country also use opioids to treat withdrawal.

The idea is to give these newborns just enough methadone to ease their pain and other symptoms associated with the syndrome. The dosage would gradually shrink to zero over days or weeks.

"Solutions are not going to be easy," he added. "They're going to have to be individualized."

There are few options for pregnant women who suffer from substance-abuse disorder, as addiction and dependence are clinically known.

Arkansas CARES in Little Rock offers a private 120-day residential treatment program for up to 10 pregnant women and mothers with children under age 12 at a time.

The program, the Center for Addictions Research, Education and Services, accepts Medicaid and most private insurance and usually has a six-month waiting list. The Methodist Family Health Foundation, which operates the program, also raises money to offset costs for certain enrollees.

UAMS' Women's Mental Health Clinic, based in Little Rock, provides outpatient services for addicted mothers-to-be. The program comes at no cost to participants and covers pregnant women and their babies up to a year after birth.

It's the only outpatient clinic of its kind in the state, Coker said.

The clinic has seen an uptick in participants in recent months. There are usually two new patients every week; the clinic currently serves about 40 women.

Nearly 90 percent of them use opioids, mostly oxycodone and hydrocodone, much of it prescribed.

"Doctors need to be really mindful," Coker said. "If you wouldn't prescribe a certain way to pregnant women, then why are you prescribing that way to women you don't think are pregnant?"

The university is expanding the program, which opened in 2014. UAMS is advertising with local obstetricians, who can refer women in need of such services. The use of telemedicine will help pregnant women in other areas. Coker is also brainstorming ways to reach homeless women addicted to opioids.

A partnership with the state Department of Human Services' eight drug treatment centers is expected to begin in the coming months, after lawmakers approve the contract.

Last month, Coker was selected to lead a yearlong study to find out which interventions work best in curbing the negative effects of opioid misuse among pregnant women. The university's Translational Research Institute set aside $25,000 for the project.

Coker wants to create a unified database management system that links multiple sites providing care for these women. Data from this study -- collected from an iPad application -- will be used to seek additional funding for a larger project that compares models of care for pregnant opioid-addicted women.

About 85 percent of women successfully participate in the program until their babies are born.

After baby deliveries, however, participation plummets. Only about a third of women stay for the full year afterward, which Coker says is crucial.

"Moms can do well, if they get to that year," she said. "When they're finally sober, there's a lot of things they can do on their own.

"I want to be optimistic about the ones who leave early, the ones who disappear," she added. "I want to think they're doing well, but I really don't think they are. We call them, and they just don't answer. I wish I knew." 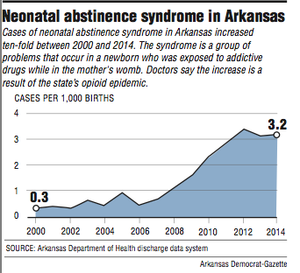