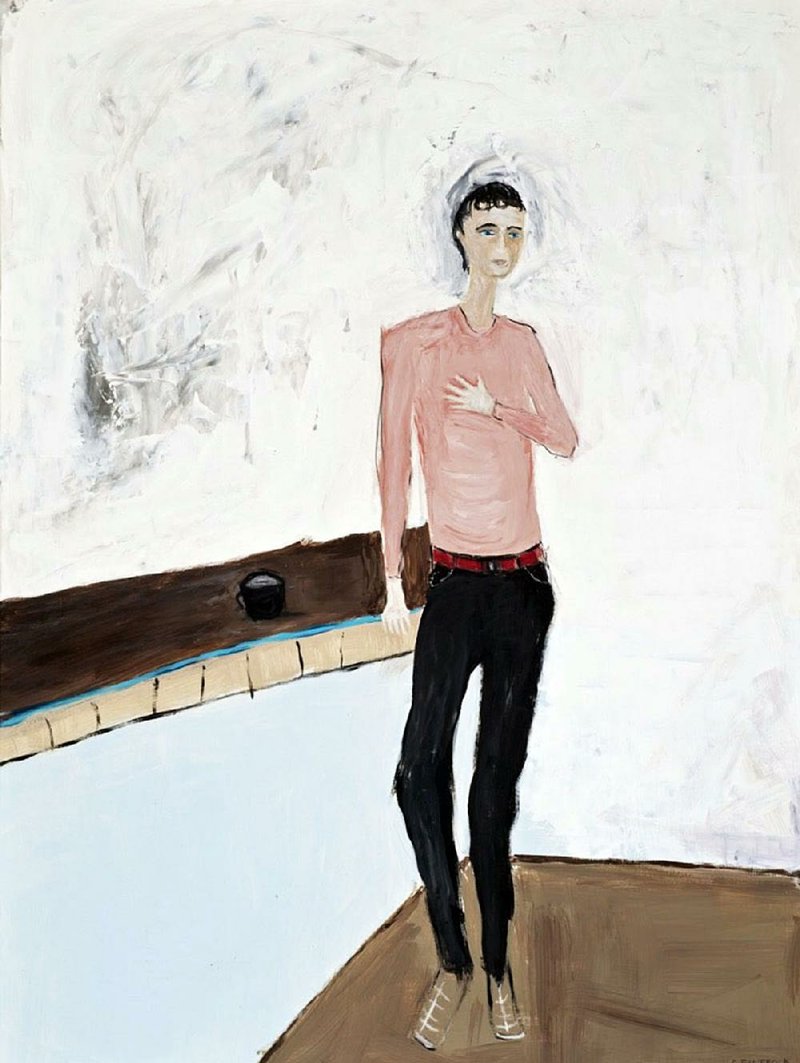 Cheryl Finfrock’s An Inclination to Pause is part of an exhibit of works by Austin, Texas, artists at M2 Gallery.

A look at a couple of recent openings:

• Mac and Ashley Murphy of M2 Gallery have long admired the art scene in Austin.

They share that admiration with their recently opened showcase of nine artists, including former Little Rock resident Emily Galusha, from Texas' capital city, "#ATX2LR," which hangs through May 11.

The show is kind of a mixed bag, but some works really stand out.

• A herd of vividly-colored, way-cool dinosaur planters ($39 each) by Plaid Pigeon greet visitors as they enter the gallery.

• Heidi Pitre's art on library cards, including S.E. Hinton's The Outsiders, L. Frank Baum's The Wizard of Oz (adorned with the film's ruby slippers, though in the book they were silver shoes); F. Scott Fitzgerald's The Great Gatsby and more.

• Galusha's nostalgic and illustrative mixed-media Deer One and Appaloosa, along with an image of a gun with birds: Cactus Wrens Nesting, which shows two birds on a pistol with nesting material coming out of the barrel.

• Flip Solomon's limited edition prints are jewels, especially the fascinating Entanglement, depicting four of what appear to be addax (aka white antelope) crowding in at a bowl of food or water.

• Annalise Gratovich's etchings/hand-dyed chine-colle pieces are as exquisite as they are unique. To Awaken in Paradise is one of several fascinating prints.

While it is not part of the Austin-themed exhibition, it would be remiss if we didn't mention new photographic works by Ashley Murphy. Hope Gallery is especially startling, capturing a building exterior painted with a face that recalls a recent Vladimir Putin photograph and an array of graffiti and richly colored images on the walls.

Lehr was in last year's "Annual Delta Exhibition" at the Arkansas Arts Center with a stunning oil on canvas, Embedded Possibilities, which is being displayed along with Lehr's striking new work.

Petroukhina, who spent time last year at North Carolina's acclaimed Penland School of Crafts, used the opportunity to branch out in an intriguing new direction -- dwelling-themed sculptures, some of which can hang on the wall, in fired clay. Several have wooden bases, which the artist made during a woodworking class at the Arkansas Arts Center.

Lehr's canvases explore how people connect or disconnect from each other and the natural world due to digital media and the emergence of yearning for connection amid the disconnection.

Particularly powerful is Studio View, a striking landscape of oil on masonite which shows an intrusion of the digital world through the use of fractured imagery. It depicts a tense resistance to abandoning the digital to take refuge in the natural world. Sand Screen, oil on panel, again distorts what connection or disruption might mean.

Petroukhina's organic sculptures charm the viewer. The works with wooden bases, like houses on stilts, also convey a sense of spaciousness. Several of the works can also be disassembled into two or three parts. Clearly, Petroukhina has hit on a new inspiration. The works, upon closer examination, may also convey feelings about home and its closed or open nature.

• "The Beyond: Georgia O'Keeffe and Contemporary Art," Crystal Bridges Museum of American Art, Bentonville, May 26-Sept. 3

This exhibition, which examines O'Keeffe's legacy and influence on contemporary art, will feature 35 of her artworks, including the classics Jimson Weed/White Flower No. 1 and Radiator Building -- Night, New York. An additional 53 works by 20 contemporary artists working with similar themes popularized by O'Keeffe will also be shown. They include works by Milano Chow, Negar Ahkami, Mark Lewis and Anna Valdez.

The exhibition is organized by Crystal Bridges and curated by the museum's curator of contemporary art, Lauren Hayes, and independent curator Chad Alligood. After the debut at Crystal Bridges, "The Beyond" travels to the North Carolina Museum of Art, Oct. 13-Jan. 20 and to the New Britain Museum of American Art, New Britain, Conn., Feb. 22-May 19, 2019.

One of the hallmarks of the annual Delta Exhibition at the Arkansas Arts Center, which offers a glimpse at the work of contemporary artists in Arkansas and its border states, is its ability to raise eyebrows, startle the viewer and offer genuine thrills for art lovers.

Award winners will be announced at the museum's members' opening May 24. 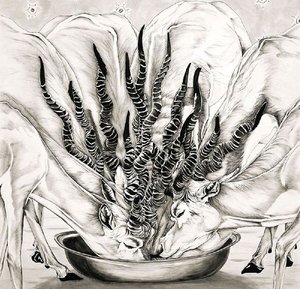 Photo by Courtesy of M2 Gallery
Flip Solomon’s limited edition print is titled Entanglement. It is part of an exhibit of works by artists from Austin, Texas, at M2 Gallery in Little Rock. 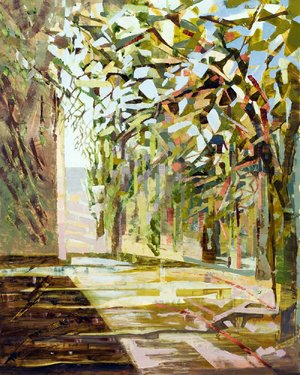 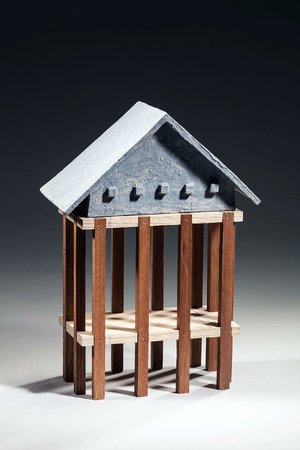