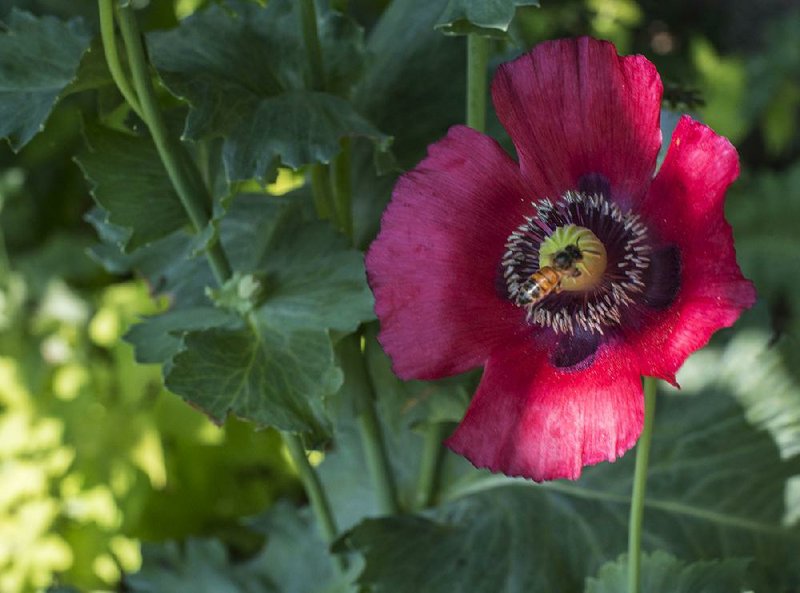 Envious Aussies want to “cut down the tall poppies.”

Flowers have scattered seeds of influence all over our language.

Roses seem to be the royalty of many idioms. They are nearly always positive things. You're doing well when things are "coming up roses."

Sometimes you encounter a problem, but you overcome it and end up "smelling like a rose." That can be a useful trick.

Pessimists like to tell you that life isn't a bed of roses. Presumably a bed of roses is sweetly scented and soft from the petals. All thorns have been removed. That must be a comforting place to sleep. Darn those glass-is-half-empty people.

When Shakespeare's Juliet ponders Romeo, she says, "That which we call a rose by any other name would smell as sweet."

Roses aren't the only plants loved by writers. Many equate even the generic flower with love.

In "Mind Games," John Lennon sang, "Love is a flower you got to let grow."

When a person blossoms, he shows good traits previously hidden to the world.

A morning glory is a person who is cheerful even early in the day -- no doubt after coffee has been consumed. The term is part of one of numerous Cockney rhyming slang phrases: "What's the story, morning glory?"

Still, some flowers have a dark side. People have been "led down the primrose path," sometimes by wicked forces. That means that you believe your route will be easy and enjoyable, but, in the end, you'll face disaster. I thought that was odd for the regal rose, but it turns out that primroses are not at all close to the rose family.

The Australians use a phrase I hadn't heard before. Some people "cut down the tall poppies." That means they criticize people who stand out in the crowd, usually by belittling their success. That doesn't seem neighborly.

When you nip something in the bud, you stop it from growing before it makes trouble.

A shrinking violet is a shy person who won't express an opinion.

Similarly, a wallflower is a shy person we seem to notice at school dances. It turns out it's also a plant with colorful, nice-smelling flowers. That seems to be an odd flower to equate with a shy person.

Daisies can be upbeat flowers. When you're "fresh as a daisy," you feel enthusiastic and energized. But the daisy also is the poor flower that gets its petals plucked in the cruel game of "He loves me, he loves me not." And when a person dies, he is said to be "pushing up daisies." Apparently humans make good plant food.

And daisies can be sneaky. When your child is learning to walk and tips over, you may say, "Oops-a-daisy!" even though you may never have uttered that phrase before.

Shakespeare said something similar to this in King John, but the phrase transformed a bit over the centuries. The king lamented with metaphors that he didn't need to be crowned a second time:

To guard a title that was rich before,

To gild refined gold, to paint the lily,

To throw a perfume on the violet,

To smooth the ice, or add another hue.

Note that a second flower, the violet, makes an appearance in the passage.

You'd think that flowery speech would be good, but the term describes talk that sounds good but has no substance. Still, I suppose it has its place.

In Victorian times, flowers were used to convey something people were hesitant to say with words. The Society of American Florists has created a list of many flowers and what they mean. Here are a few associations that seem to make sense now that I've heard them:

Tomorrow, I will invest in a garden of irises. 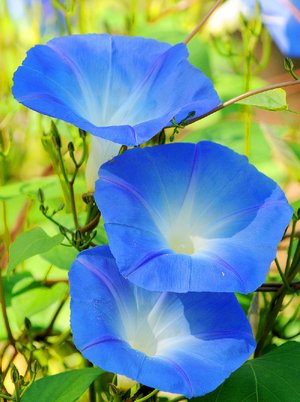