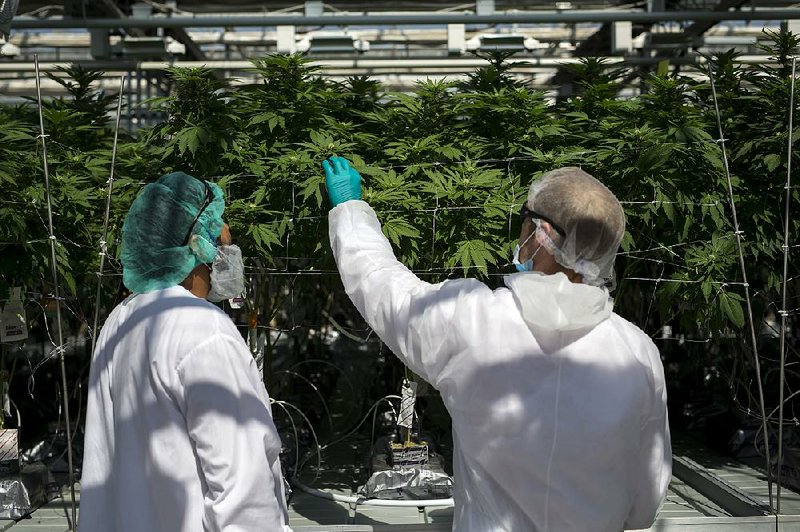 U.S.-focused cannabis stocks, once considered a risky play on a legally iffy product, are seeing heightened levels of investor interest while their Canadian peers drift back to Earth.

This is shrinking the discount for U.S. pot companies that was exacerbated in January when Attorney General Jeff Sessions said he'd reverse an Obama-era policy that helped states legalize recreational marijuana. As more states including Massachusetts and New Jersey push ahead regardless, investors are becoming more comfortable with the sector, buying up Canadian-listed companies with expanding U.S. businesses at the expense of pure-play Canadian pot stocks which had soared until this year.

"All this capital that has been waiting on the sidelines watched what happened in Canada and there's maybe a little bit of FOMO [fear of missing out]," said Morgan Paxhia, co-founder and co-manager of Poseidon Asset Management, one of the longest-running hedge funds in the cannabis space.

There's plenty to miss out on, according to a recent analysis by GMP Securities. At $6 billion in sales, the U.S. pot market is already roughly as large as Canada's targeted market size in 2022, analyst Robert Fagan wrote in a recent note. Fagan believes U.S. retail sales will reach $20 billion by 2022.

Investors are starting to take notice, particularly of the multistate operators that have exposure to more than one U.S. market. The top performing stock on the BI Canada Cannabis Competitive Peers index is iAnthus Capital Holdings, which owns and operates cultivators, processors and dispensaries in six states. It has gained 144 percent this year, including an almost 90 percent increase since the beginning of April.

Green Thumb Industries, which operates in seven states, has gained about 20 percent since its June 13 trading debut and recently announced a $61 million bought-deal financing. According to Investopedia, a bought deal is a securities offering in which an investment bank commits to buy the entire offering from the client company. Pot retailer MedMen Enterprises Inc., with stores in California, Nevada and New York, went public on the Canadian Securities Exchange in May and did a private placement that it said gave it an enterprise valuation of more than $1.5 billion.

Investors are also snapping up Canadian companies that list on U.S. exchanges, showing growing comfort with the sector as a whole. Based in Nanaimo, British Columbia, Canada-focused Tilray Inc. began trading on the Nasdaq earlier in July and has soared 34 percent since then. Tilray now has a market value of $1.6 billion, trailing only the three biggest Canadian pot stocks.

The U.S.-focused cannabis companies tend to trade on the small Canadian Securities Exchange because U.S. laws prevent them from listing on the big exchanges such as New York Stock Exchange and the Toronto Stock Exchange. The CSE currently has 36 listings from U.S. cannabis and cannabis-related firms.

"We're seeing a broader pool of capital show up," said Graham Saunders, head of origination at Canaccord Genuity Group, which last year was the biggest dealmaker in the industry. "We are very busy in the U.S. with a bunch of companies looking for a better cost of capital through the public markets, and we're seeing a broader audience institutionally for investment into U.S. cannabis-oriented companies."

Growth in the U.S. cannabis industry was hindered until recently by a lack of capital and a lack of qualified people, both prompted by investor discomfort, said iAnthus Chief Executive Officer Hadley Ford, a former investment banker at Goldman Sachs and Bank of America. That has changed with several incremental developments, including President Donald Trump's endorsement of states' rights and former Speaker of the House John Boehner, once a vocal foe of legalization, joining Acreage Holdings' board.

"It's pebbles on the scale," Ford said. "There's been no big boulder that's come rolling down the hill but there's been a lot of little tiny rocks that add up."

Where iAnthus couldn't even get a meeting with hedge-fund managers four years ago, today they're seeing interest from "mainline mutual funds," Ford said. "We're coming up from the bottom of the boiler room to real companies, real names, real analysts."

Canaccord analyst Matt Bottomley said he expects an inflection point in the next two years that will result in a re-rating of U.S. companies, which have an operational advantage over many of their Canadian peers.

For now, the U.S-focused companies remain small, making it harder for big institutional investors to trade them. New York-based MedMen and Green Thumb of Chicago have market values of less than $100 million. IAnthus is worth about $230 million.

"The businesses there are real cash-flowing businesses that are vertically integrated compared to what we're seeing in Canada, meaning from seed to sale they own all the economics," said Bottomley, whose top pick in the U.S. space is iAnthus.