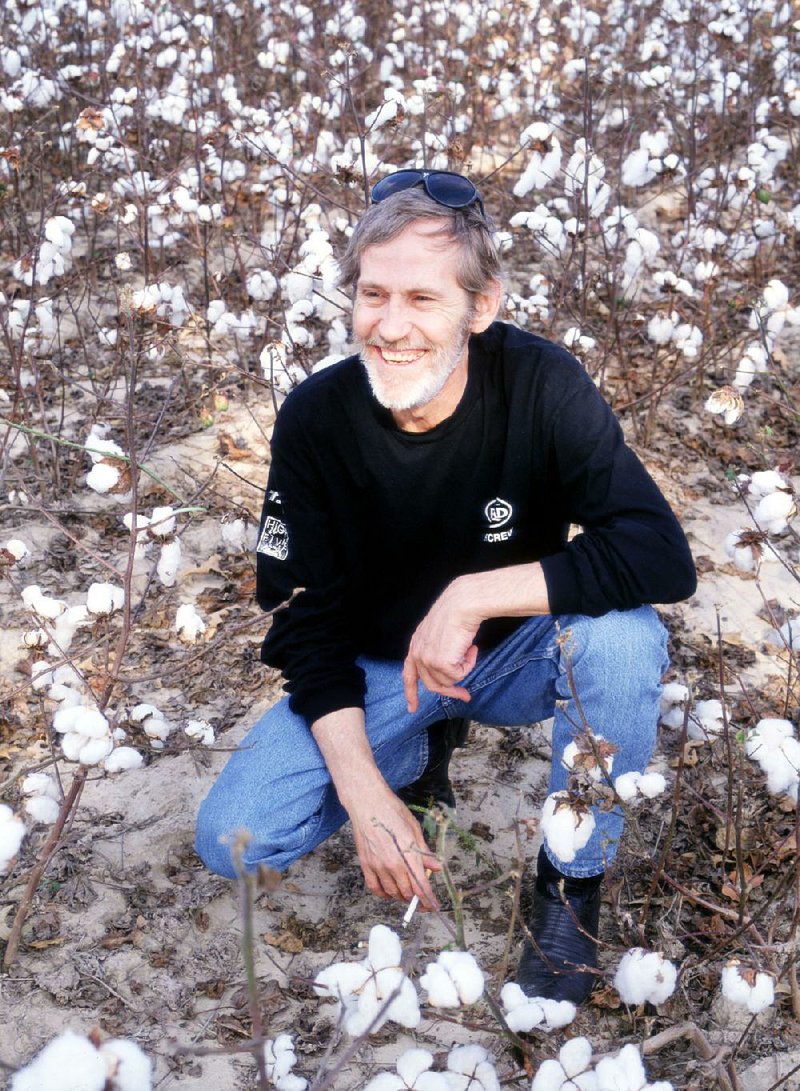 The late Levon Helm, a musician, actor and Phillips County native, is shown in this 1994 file photo.

Levon Helm's boyhood home in Marvell was added Wednesday to the Arkansas Register of Historic Places.

It was a victory of sorts for Ann Ballard Bryan and for two of her classes from the University of Central Arkansas in Conway.

Bryan, an instructor at UCA's interior design program, grew up in North Little Rock and has been a fan of The Band since she was in the third grade and first heard "The Night They Drove Old Dixie Down."

Helm was a singer, drummer and mandolin player for The Band, which backed Bob Dylan in the 1960s and went on to record 10 studio albums of its own.

Last fall, Bryan assigned the six students in her advanced interior design studio to design a museum, sound stage and cafe on the lot next to Helm's house.

That same semester, the students in Bryan's historic-preservation class did research and helped draft a nomination for the National Register of Historic Places.

But the house didn't qualify for the National Register because it had been moved from its original location in Turkey Scratch to Elm and Carruth streets in Marvell, 8 miles to the south.

So the nomination was revised for listing on the state register, with guidance from Callie Williams, a National Register historian at the Arkansas Historic Preservation Program.

The program's state review board voted unanimously Wednesday to add the house to the state register, said Mark Christ, a spokesman.

Bryan said three of her former students, even a couple of students who have graduated, attended the state review board meeting Wednesday.

Just a few months ago, they didn't know who Levon Helm was. So Bryan played some of The Band's songs for the students in her design studio.

"The first day of class Dr. Bryan asked, 'Have any of you heard of the band called The Band?'" said Rebecca Stephens of Conway, who graduated from UCA in December. "The only thing I really recognized was his song 'The Weight.'"

Jessica Beall of Conway, who was also in the design studio, said she recognized The Band song "Ophelia."

Janice James of Little Rock, who was in both classes last fall, said Bryan showed the class the film The Last Waltz as part of their introduction to The Band.

"She educated us on who he was," James said.

Last fall, the design studio students took two trips to Marvell -- 122 miles east of Conway. They took measurements and did research, which contributed to the state register nomination. They made architectural drawings, blueprints and renderings. They also held a fundraiser to help pay for the restoration of the Helm house.

"I think it's magnificent and wonderful that I'm seeing something we worked on come to fruition," Beall said. "It's the first time I've seen that as a student."

"I thought it was important for my students to know that really cool people come from places like Turkey Scratch and Dyess, and they don't always have an elaborate house," Bryan said. "They don't always come from money."

By mentioning Dyess, Bryan was referring to Johnny Cash, the country music legend whose boyhood home in Dyess was recently listed on the National Register.

The house in downtown Marvell was home to Levon Helm from 1941 until about 1946, when it was in a Turkey Scratch cotton field, said Anna Lee Amsden of Cabot, a childhood friend who is mentioned in the lyrics of "The Weight."

The house was given to Marvell by Richard Butler and Jeremy Carroll, both of Little Rock, said Joe Griffith, organizer of the Levon Helm Legacy Project.

Griffith said the listing will help draw attention to the house and the restoration project.

"Arkansas Register listing constitutes a recognition of a particular property's historic significance and in no way restricts or abridges the lawful owner's right to use, modify or dispose of said property, although Arkansas Register listing may qualify the property owner for certain grant funds as they are available," according to the preservation program's website, arkansaspreservation.com.

The Helm house is being restored with materials from a similar house from Turkey Scratch that Griffith owned. The restoration started in April.

Griffith said Butler and Carroll donated a second, similar house that was originally in Turkey Scratch. It has been moved to the lot next door to the Helm house in Marvell. Griffith said it could serve as a museum or gift shop. It wasn't there when the students did their design work last fall.

Griffith said he doesn't know if the student designs will be implemented. The plans depend on fundraising, he said.

Although his roots were in Phillips County, Helm lived in Springdale in the 1980s. Most of his later years were spent in Woodstock, N.Y., where he held regular "midnight ramble" concerts in his barn.

During his solo career, Helm won Grammy awards for his albums Dirt Farmer, Electric Dirt and Ramble at the Ryman. 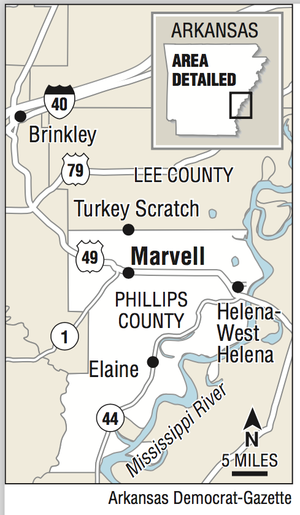