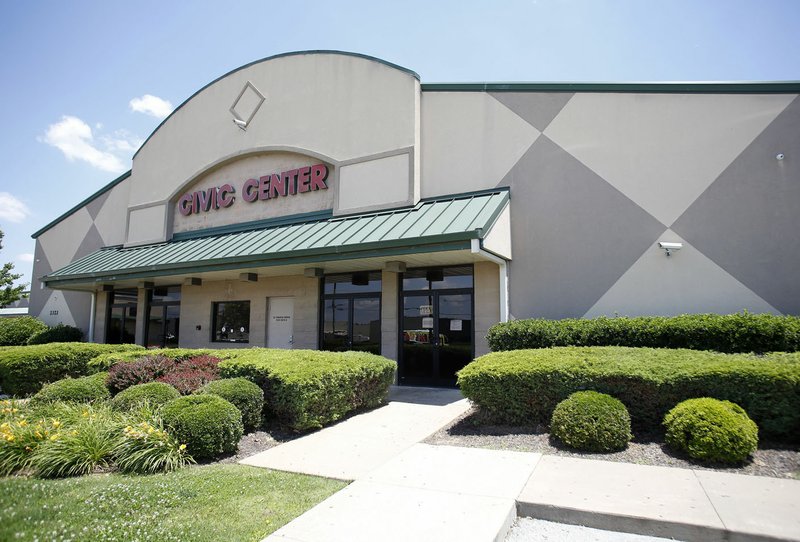 Male exotic dancers who simulated sexual acts with audience members and allowed customers to fondle them netted the Springdale Civic Center $1,600 in fines and one year of probation by the state agency that regulates businesses with liquor licenses.

The state Alcoholic Beverage Control Board on Wednesday also approved penalties for other businesses cited for violations.

The board approved agency Director Mary Robin Casteel's penalty recommendations for the activities that occurred during a "Girls Night Out" event June 23 at the Springdale Civic Center.

Messages left for civic center owner Edward Vega were not returned as of late Wednesday.

Vega has 15 days to appeal the decision, said Department of Finance and Administration spokesman Scott Hardin.

The 2,500-person capacity venue on Old Missouri Road in Springdale has been cited seven times in the past by the agency.

Its liquor license was suspended for nearly six months after a March 2016 wreck that killed two men who were passengers in a vehicle driven by an underage patron of the center, according to agency records.

On Wednesday, the facility was cited for allowing nonapproved entertainment, multiple occurrences of immoral conduct, allowing dancers to simulate sexual acts and allowing physical contact between multiple patrons and the entertainers.

According to the report, Daniel Montgomery, an agent for the Alcoholic Beverage Control Enforcement Division, learned of the male dance show through the venue's Facebook page and arranged for two undercover female officers to attend the June 23 event.

The male dancers allowed customers to perform with them onstage and to touch the dancers. The dancers also joined the crowd on the floor. Dancers performed lap dances and simulated different types of sexual contact, according to the report.

The "Girls Night Out -- The Show" states on its website that it is a "fully interactive show." Attempts to reach the show's producers were unsuccessful.

• Manila Exxon at 261 Arkansas 18 in Manila was fined $3,500 and placed on one year's probation for selling drug paraphernalia.

• The Pizza Barn in Paris was fined $3,000 and placed on a year's probation for furnishing alcohol to minors and for disorderly conduct. According to the report, permit holder Ronald Green became "very loud, profane and obstinate" and failed to cooperate with Alcoholic Beverage Control agents.

• The On The Way #2 gas station in Wesley was fined $1,500 and received a year of probation for knowingly selling alcohol to a minor.

• T-Bo's in Camden was fined $1,000 and placed on one year's probation after a patron was assaulted in the parking lot.

• Sunrise Food Mart at 721 East Ninth St. in Little Rock was fined $2,000 and placed on one year's probation for selling alcohol to a minor.

• The City Pump in Rogers was fined $1,700 and placed on one year's probation for serving alcoholic beverages to an intoxicated patron, allowing consumption after hours and allowing unauthorized entertainment.

• The Boar's Nest in Rogers was fined $1,500 and placed on one year's probation because of a fight among four patrons and for serving alcohol to an intoxicated customer.

• The Pachanga Nightclub in Springdale had its license suspended for three days, was fined $3,000 and was placed on one year's probation after a fight between two women. The club was cited for allowing alcohol consumption after hours multiple times and serving intoxicated patrons.