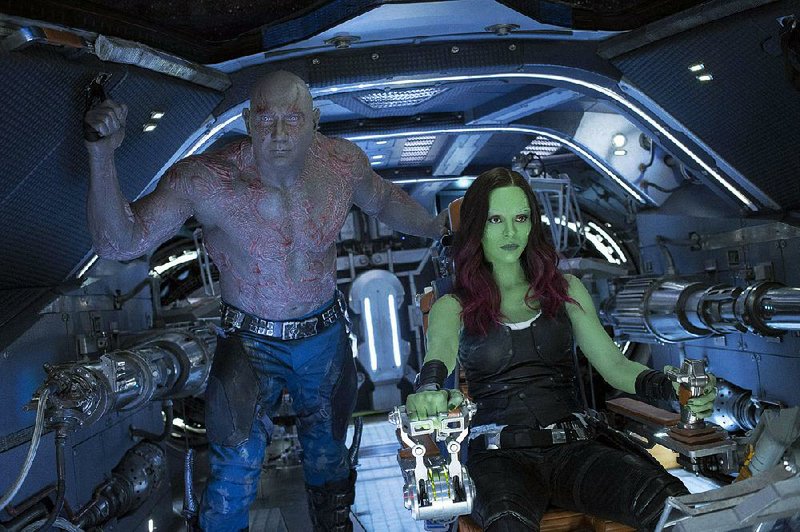 The 1972 hit “Brandy” by Looking Glass is featured in the soundtrack of Guardians of the Galaxy 2. This scene from the film features Drax (Dave Bautista) and Gamora (Zoe Saldana).

New Brunswick, N.J., sits 27 miles south of Manhattan on the southern bank of the Raritan River, part of the most populous megalopolis in the Western Hemisphere. If you are driving down I-95 from, say, Boston to Baltimore, you will just graze its eastern edge. At freeway speeds you might spend a minute in its limits.

In colonial times, it was more important. Situated on the Kings Highway, an old Indian trail that became a way station between the emerging cities of New York and Philadelphia, it was the site of a number of pubs and inns. According to a local historical marker, George Washington "tarried" in the Cochran Tavern here on June 24, 1775, while en route to take command of the Continental Army in Cambridge, Mass.

The Provincial Congress of New Jersey met in the White Hall Tavern here in early 1776 while the Indian Queen Tavern lodged Benjamin Franklin and John Adams in September of that year. On July 9, 1776, New Brunswick became the third town in the colonies in which the Declaration of Independence was read.

Queen's College, which in 1825 was renamed Rutgers University after a Revolutionary War hero, was chartered here in 1766. (New Brunswick beat out Hackensack for the honor.) It was five more years before it began holding classes, in the Sign of the Red Lion tavern. (Rutgers is notable for winning the first college football game in history, defeating Princeton by a score of 6 to 4 on Nov. 6, 1869.)

Mary Ellis came to New Brunswick in the 1790s to stay with her younger sister, Margaret. She was in her 40s, considered a spinster, when she fell in love with a sea captain, whose name has been lost to history but is rumored to have been a Revolutionary War veteran. Before sailing down the Raritan and out to sea, the captain pledged his love to Mary and vowed that they would be married upon his return. He left his beloved horse in her care, and every day Mary would ride the horse from her sister's house to a high point overlooking the river.

In 1813, she purchased the parcel of farmland from which she kept her vigil. They say she was still keeping watch when she died in 1828. Her family buried her on the property. Later her sister and another family member were buried there, as well as the captain's horse, which must have been quite old if he outlived Mary.

The plot was surrounded by a wrought iron fence, and while the property changed hands many times, it wasn't until the mid-20th century that New Brunswick began to encroach on the bucolic setting. In the 1940s, the J.E. Burke Company, manufacturers of playground equipment, acquired the property for an amusement park they called Raritan Playland; later it built a factory on the spot, leaving the mound with the graves undisturbed, surrounded by old growth trees.

In the 1960s, a Great Eastern discount department store was built on the site, and most of Mary's farm was paved over. The small plot with Mary's gravesite persisted, surrounded by a fence about 4 feet above the graded tarmac of the parking lot. In 1970, Great Eastern became the indoor Route 1 Flea Market, featured (for a few seconds) in Kevin Smith's 1995 movie Mallrats. Mary's grave was considered a minor curiosity, largely ignored by the record bin divers and pro wrestling fans (the flea market was often the scene of autograph-signing events) who frequented the mall.

In the mid-1990s, the flea market was demolished to make way for an 18-theater AMC Loews Cineplex. The parking lot was regraded. Now the grave sits about seven feet above the parking lot.

Circa 1969, four Rutgers University students formed a rock 'n' roll band called Looking Glass. They played Rolling Stones covers and their own originals at frat parties and in bars, and might be fairly described as part of the Jersey Shore Sound, a party-ready, danceable mixture of pre-Beatles rock 'n' roll with soul, doo-wop and rhythm and blues that informed the work of Gary "U.S." Bonds, Bruce Springsteen, Southside Johnny & The Asbury Dukes, Little Steven and the Disciples of Soul and others.

These days, Looking Glass is often dismissed (or celebrated) as a one-hit wonder (though they had three hits), and the song they are remembered for is "Brandy (You're a Fine Girl)," which became a No. 1 single in 1972. The band had been tinkering with the song for years and had recorded it six times (including cutting a version in Memphis with Steve Cropper) before making the version that would become the hit for their debut album on Epic Records.

It wasn't typical of their sound either -- it was smooth, with sweet tight harmonies, a horn section, and studio musician James Giampa on congas. Elliot Lurie (Rutgers College class of 1970) who wrote and sang lead vocals on "Brandy," says Looking Glass was "a lot more of a hard-rock band than that record signified." To that end, they convinced Epic Records to release Lurie's "Don't It Make You Feel So Good," as the first single. It flopped.

Then they released the country-flavored "Golden Rainbow," which Lurie remembers as a flop (though it reached No. 37 on the Adult Contemporary charts). But an Epic promotions man believed in the band, and convinced Harv Moore, a disc jockey at Top 40 radio station WPGC-AM/FM in Washington, D.C., to listen to the album. Moore liked "Brandy" and put it into regular rotation on the station. Even before the single was available -- based solely on radio station requests --"Brandy" became the No. 1 song in the D.C. market.

So Epic released "Brandy" as a single on May 12, 1972, and it proved irresistible. It was No. 2 on the charts for four weeks behind Gilbert O'Sullivan's suicidal ballad "Alone Again (Naturally)," then claimed the top spot for a week before again falling to No. 2.

But the chart history of "Brandy" doesn't begin to reflect its place in popular culture. "Brandy" was the 353rd most popular girl's name in 1971; it rose to 140th in 1972, and in 1973 -- the first full year after the song hit --82nd. Its popularity caused Barry Manilow to change the title of Scott English's U.K. hit "Brandy" to "Mandy" to avoid confusion with the Looking Glass song.

Over the years it's become a cultural touchstone, one of those songs that immediately evokes an era. A lot of people don't know the name of the band that released it, but everyone knows its hook.

And given where it comes from and its lyrical content -- a song about a woman in love with a sailor who loves the sea more than her -- we might assume that it is somehow based on the legend of Mary Ellis. When Lurie, in that gorgeous, sun-burnished baritone, sings:

What a good wife you would be (such a fine girl)

But my life, my lover, my lady is the sea

He must be talking about the woman with a life story like a Bronte novel who's buried less than three miles from his alma mater? Right?

He hadn't heard of Mary Ellis before he wrote the song, and while he's heard the story, he shrugs it off as "an amazing coincidence." He was just out of college when he wrote "Brandy" by strumming his Gibson J-200 acoustic guitar and riffing off the name of a high school girlfriend, Randye. He changed the name to "Brandy" when he realized he was writing a song about a barmaid and to avoid gender confusion.

"When I finished writing it I didn't jump up and down and say, 'This is a hit,'" he says.

Yet "Brandy" has proved durable, turning up in films and in the background of a scene set in a longshoremen's bar in the second season of HBO's The Wire.

It was given new life in 2017 when it was prominently featured in Guardians of the Galaxy 2, where it was employed to underscore the respective choices of Peter Quill (Chris Pratt) and his father Ego (Kurt Russell). Ego -- a living planet who is something like a god (it's a comic book movie) -- forsakes Quill's human mother in the same way the sailor forsakes the barmaid in the song.

Looking Glass held together for a couple of more years, but the closest they ever came to replicating the success of "Brandy" was with "Jimmy Loves Mary-Anne," a similar-sounding song with a breezy charm of its own that sneaked into the Top 40 in 1973. Lurie released a fine solo album in 1975, but it didn't leave a mark, though the single "Disco (Where You Gonna Go)" should have been at least a minor hit. Since the '80s he's primarily worked as a music supervisor for movies and TV shows -- and sometimes "Brandy" has shown up on the soundtracks of his projects.

He still plays occasional shows and reformed Looking Glass with different musicians a couple of times. "Brandy" is for him what some musicians call a "mailbox song" -- after all these years the checks still arrive.

Maybe it doesn't have a deeper story, maybe "Brandy" was just the result of a kid fooling around with a descending guitar melody, humming an old girlfriend's name. But over the years, patinas are acquired and ghosts might accrue. The spinster in the parking lot, in the town where Washington drank and Ben Franklin slept, becomes the girl in the harbor town, with the braided chain, made of finest silver from the North of Spain. ... 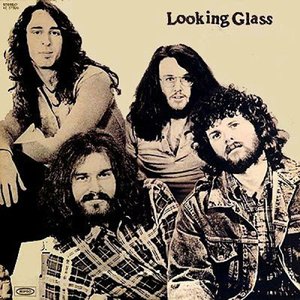