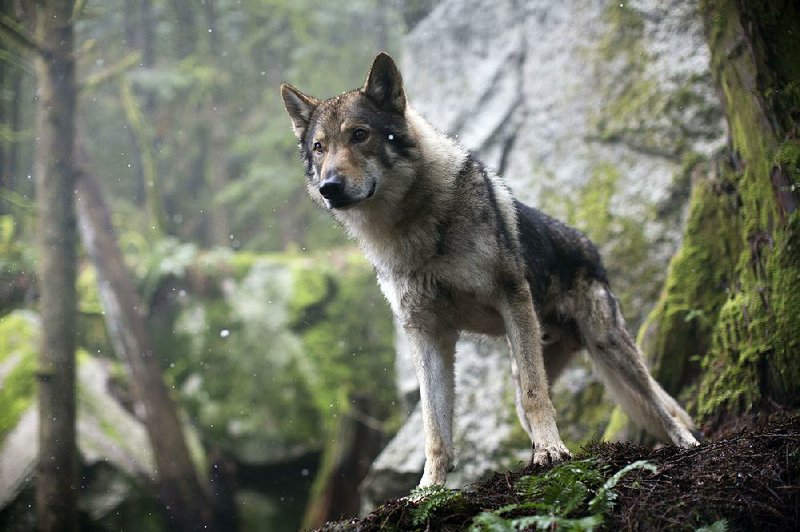 a dog-wolf hybrid named Chuck plays the title role in Albert Hughes’ Alpha, a prehistoric adventure that depicts the origins of the man-ca- nine friendship.

Much of the appeal of Alpha is the fact that it's hard to imagine the pitch meeting that that got this film made.

The idea of setting a movie in prehistoric Europe might have been a challenge, but director Albert Hughes (half of the fraternal duo who gave us Menace II Society, From Hell and The Book of Eli) also has the audacity make a nearly wordless movie about a young man who bonds with a wolf before boys and dogs became inseparable.

If you miss what little talking there is in the movie, don't worry every word is in a sort of Indo-European dialect that isn't understandable without subtitles.

If that weren't audacious enough, Hughes has shot Alpha in 3-D and has figured out how to present the added space and visual depth as more than a gimmick.

Hughes gets away with all of this because he never forgets to make viewers care about the hunter-gatherers who occupy the film. He and screenwriter Daniele Sebastian Wiedenhaupt depict tribal life in a brutal manner. When you don't have to hunt or forage for meals, it's easy to forget how difficult it is to capture or locate food and that merely catching prey is only part of the struggle.

Young Keda (Kodi Smit-McPhee) may be the son of his tribe's chief (Johannes Haukur Johannesson), but his dad isn't giving his offspring any favors. The lad has to be able to carve spearheads just as ably as the older men in the tribe, and he has to help them subdue a heard of buffalo in order to get through a long fall and a barren winter.

During the hunt, Keda falls off of a cliff onto a small ridge, so the rest of the tribe assume he's dead. While he's hurt, Keda is very much alive and quickly has to scramble to stay that way.

When a pack of wolves tries to make a meal of him, Keda scratches one and manages to ward off the rest of the pack. The injured wolf (Chuck), whom Keda dubs "Alpha," stays behind. Earlier on his quest, Keda couldn't bring himself to finish off a boar, this sensitivity winds up saving his and Alpha's lives as they confront the elements and other creatures who want to feed on them.

Hughes and Wiedenhaupt come up with a seemingly endless series of predicaments for Keda and Alpha to face. Thankfully, Smit-McPhee and Chuck have a Spencer Tracy and Katharine Hepburn-like chemistry so it's easy to get worked up about their fate.

After seeing The Road, it's unsurprising to learn Smit-McPhee can carry a movie, but Chuck may be either the lupine Meryl Streep or Daniel Day-Lewis. Every reaction is appropriate, and without a lovable dog, there isn't much reason sit through this thing, even if it is in 3-D. Johannesson is great as the chief. He's suitably tough but demonstrates convincing grief at the thought of losing Keda.

If some of the CGIs look like CGIs, it's excusable because the wild boars in Alpha aren't ready available to play themselves. Hughes and his crew also add lots of small touches that make the movie as poetic as it is brutal. Because artificial light is thousands of years away, the night sky is filled with stars that aren't visible to the naked eye now.

Because boys and dogs have been paired onscreen even before Old Yeller, it's ironic that Hughes has found fresh angles on this trope by going even farther back in time. 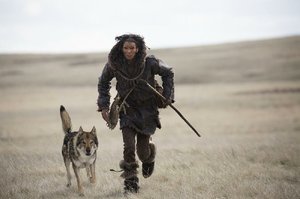 Keda (Kodi Smit-McPhee) and an injured wolf he names alpha (Chuck) become a formidable team in albert Hughes’ story of a boy and his dog.