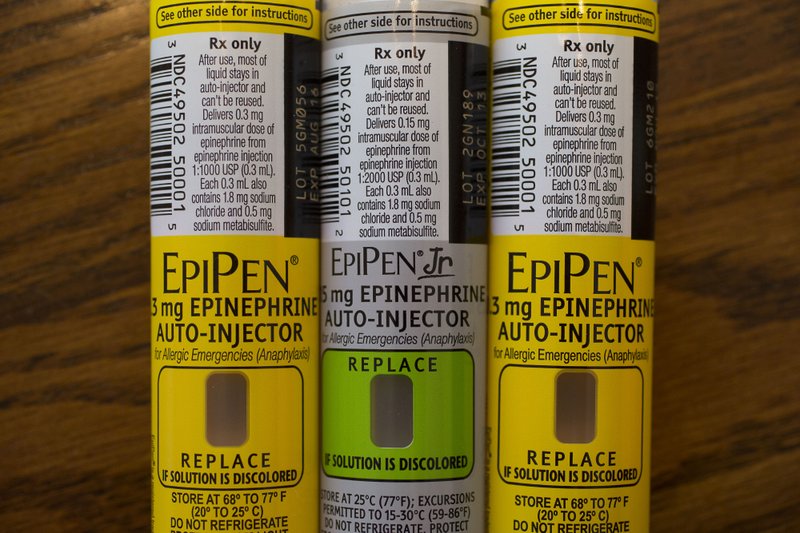 The Food and Drug Administration approved the first generic version of EpiPen on Thursday, a move that will bring new competition for the lifesaving allergy injection that helped spark public furor over high drug prices.

The new drug, from Teva Pharmaceuticals USA, is the first to be deemed a therapeutic equivalent of the EpiPen epinephrine autoinjector, which means that it can be automatically substituted at the pharmacy counter for prescriptions for EpiPen or EpiPen Jr.

The approval comes right before the back-to-school season, when sales of EpiPen typically spike as parents stock up on injectors for school or replace expired ones, and people have reported difficulty filling EpiPen prescriptions. There has been "limited availability of EpiPen in certain areas in the U.S., including both pharmacy-level supply disruptions and a manufacturer issue," according to FDA spokeswoman Theresa Eisenman. Teva did not immediately respond to questions about how quickly its version would become available or what it would cost.

The EpiPen, made by Mylan, is used to inject the hormone epinephrine into the thigh to quell potentially fatal reactions to bee stings, peanuts and other allergens. Although the key ingredient is cheap and the EpiPen itself was first approved in 1987, Mylan began increasing the price of the product, from less than $100 in 2007 for a pack of two injectors to $608 today. In response to criticism over the price of its drug, EpiPen introduced its own half-priced generic in 2016.

Other epinephrine injectors have been approved before, but they struggled to gain market share against a brand that used lobbying and marketing to establish a virtual monopoly on the market. Last year, the drug company Sanofi accused Mylan in a lawsuit of using illegal tactics to squash competition by its injector, called the Auvi-Q, which was discontinued and then relaunched by a different company, Kaleo.

Mylan ultimately paid $465 million to the Justice Department over questions about whether the Medicaid program overpaid for the drug.

The Teva product had a hard road to approval, in part because it is a complex generic, meaning the medicine includes both an injector device and a drug. Mylan actively fought the approval of the drug, sending a citizen petition to the FDA in 2015 arguing that the drug was not truly equivalent. The FDA rejected Teva's initial application in 2016, citing "major deficiencies." Under FDA Commissioner Scott Gottlieb, the agency has made it a priority to smooth the regulatory pathway for such "complex generics" that are difficult to copy.

Teva's generic will compete against Mylan's own authorized generic, which has already steeply eroded its brand-name sales. Roughly $1 billion in sales of the brand name version of EpiPen in 2016 dropped by more than half in 2017.

Last September, the FDA said that Meridian Medical Technologies, a Pfizer company that manufactures the EpiPen, failed to properly investigate more than 100 complaints that the device malfunctioned during life-threatening emergencies - including situations in which patients died.

The approval is a victory for the FDA as President Donald Trump"s administration seeks to deliver on its promise to lower drug prices. "This approval means patients living with severe allergies who require constant access to lifesaving epinephrine should have a lower-cost option, as well as another approved product to help protect against potential drug shortages," Gottlieb said in a statement.