Library in your hands: More and more readers download e-books 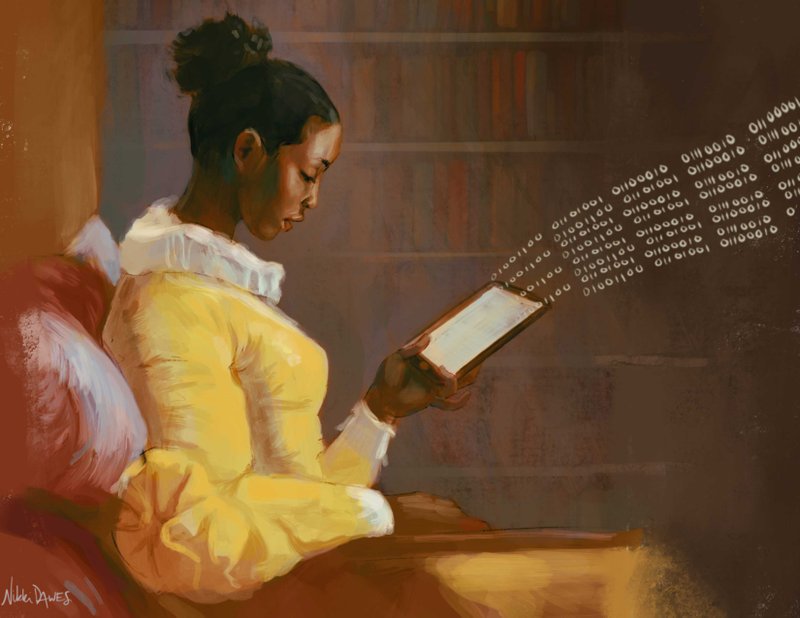 When avid reader Karen Zap needs to find a copy of a book for her book club, or when she's looking for something to read on her own, she goes to the library.

Only she doesn't drive there, or walk, or take the bus.

She grabs her Kindle device and searches the e-book selections offered by the Central Arkansas Library System or North Little Rock's Laman Library. She is a patron of both libraries.

Zap, who leads the Sherwood-based Boomer Bookclub -- aka LitWits -- says that she likes to download books for her club and also titles from genres that might not normally make it onto her group's reading list.

She typically uses her computer to search for a title -- its keyboard is easier to work -- then picks up her Kindle, a book-size e-reader made by Amazon, and downloads the volume into the device. Other digital devices can download library books, too, and not only the other e-readers, such as Nook and Sony Reader: Tablets, desktop computers and smartphones can do it, too.

"My Kindle is set to the libraries, and it instantly connects to them as long as I have a Wi-Fi connection," she says. "Mine isn't the latest Kindle, but it is really great." She also uses it to access Facebook and surf online.

When the time frame for a loaned title is up, usually 14 days, it vanishes from the device into a cloud of pixel dust -- poof! -- with no threat of an overdue charge. An email gives the borrower a heads up a few days before the book leaves the device.

Zap remembers one rather long book she hadn't quite finished that floated away from her Kindle.

"It expired, but I went right back and downloaded it again, and it kept me in my place because I did it in a timely fashion," she says.

None of this is new.

CALS started offering e-books in October 2009, says Phillip Jones, a manager of the system's collection development department. It's his job to buy library materials that circulate, meaning things like books, e-books, DVDs and other items that get checked out.

"E-books and downloadable audios are both rising," Jones says.

The number of e-books that were checked out increased almost 10 percent from 2016 to 2017, he says, and audiobook borrowing jumped 24 percent.

"They're very popular," he says of the audiobooks, adding that many patrons use their smartphones to listen to downloaded audio titles.

CALS and Laman patron Patricia Holifield is an audiobook fan who has progressed from books on tape and books on CD to downloadable books.

"I like them because I can listen to them and do something else at the same time," she says.

She usually listens through her smartphone's speakers or her earbuds, and over her Bluetooth service when she's in her car. "I absolutely love it."

In the beginning, CALS, as with many libraries, got its e-book titles from a company called OverDrive. Patrons downloaded the free OverDrive app (application) onto their phone, tablet, e-reader, computer or other device to access the library's electronic offerings.

In the early days, the OverDrive app was "pretty clunky," James says, especially for certain devices. That app has now been joined by one called Libby.

"I like it much better," James says. "I'm a Kindle reader, and getting books to your Kindle with the OverDrive app was excruciating. With Libby it's really quite easy."

At cals.org, under the Discover tab at the top of the page, visitors can follow a link that provides steps and tutorials to download e-books or audiobooks for devices ranging from e-readers to tablets and smartphones.

Along with OverDrive, CALS, which has 14 branches, also offers other apps including Hoopla, which has e-books, audiobooks, movies, TV shows, music and comic books. As is Libby, the apps are free and all one needs is a library card and a device to download the app.

Laman Library, which has two branches, has been offering e-books for about a decade, says associate director Richard Theilig. Laman uses OverDrive, Hoopla, Axis 360 and other apps.

"Most of our patrons love it," Theilig says. "There are a few with issues, and sometimes the technology can be daunting for some folks, but we try to walk them through the process and help them."

Lamanlibrary.org has detailed instructions on downloading the various apps and what they feature.

"It can be difficult to keep up with all those apps," Theilig says.

At CALS, James says there has been some negative feedback on the app proliferation. "We just got a comment from a patron who said, 'I hate all these apps.' But it's kind of the nature of the world of apps out there now. We're trying to do better."

James says he hopes to start a series of classes on how to use the apps, access the system's catalog and navigate the website.

Besides the content they offer, there are differences in the way the app makers charge the libraries, James says.

OverDrive, for instance, uses the familiar print model in which the library pays for a title and patrons check it out or sign on to a waiting list and wait for it to be returned. But the initial charge for e-books, especially for popular titles, is steep when compared to physical copies.

One physical copy of The President Is Missing, the recent James Patterson-Bill Clinton thriller, might cost the library $17 or $18, Jones says.

The e-book version costs the library $90 per copy.

"The publishers are afraid that they will lose revenue because with an e-book you don't have to buy replacement copies," Jones says. "If a person's dog eats the book or if it wears out from use, the library has to buy a new one."

E-books can't be eaten by a pet or ruined after you spill your coffee all over it, so publishers are getting what they can up front.

Hoopla's model offers unlimited copies of titles and has no concept of holds. The catch is that it charges the library each time a title is checked out.

"If somebody checks out the same thing 200 times, we're charged 200 times," James says. "We have about 600 or so active patrons on Hoopla every month and they max out our budget every day. It's a challenge to budget for it."

"Because the service is so popular, that cap is reached fairly early in the day. I just got back from a conference where we spoke with representatives from Hoopla. There are a number of library administrators who are not happy about that pricing model. We're trying to work with them."

At the end of this month, a new program will help some libraries buy digital content.

The Arkansas Digital Library Consortium, administered by the Arkansas State Library, will be made up of 22 public libraries and was formed to "facilitate the acquisition and use of digital content by pooling the buying power of Arkansas public libraries," says Sarah Lipsey, the state library's division manager of collection management.

The consortium, whose member libraries have not been announced, will initially focus on OverDrive and pulling libraries' budgets together to afford higher priced e-books.

"If you only have $5,000, that's not going to go very far if you're paying $80 for a best-seller," Lipsey says of smaller libraries. "If you can combine forces you can buy more content than you could buy yourself."

Content bought by the consortium libraries with the pooled funds will be available to patrons of all 22 member libraries, Lipsey says, adding that there is the potential that the group will pursue contracts for other content.

The Arkansas Book Cooperative, an e-book consortium for smaller public libraries, is merging with the new consortium, she says.

What will become of libraries when everyone reads books made up of coded zeroes and ones instead of printed paper pages between a cover?

"There are libraries like that now. At [BiblioTech] outside San Antonio, Texas, they have no books," James says of the Bexar County library, which opened in 2013. "They opened and they didn't buy any physical books. They just have social and meeting spaces and buildings, but everything is online in terms of the collection."

There are CALS patrons now, says Jones, who never step foot into one of the library's buildings, opting for the simplicity and convenience of hitting a button on a screen and accessing a book, movie, album or other content.

Libraries of the future will focus more on programming and events, such as the CALS Arkansas Sounds Concert Series, bookstore, reading groups, exhibits and other events.

"I always say the library should become the hub of a community. It's the safe place to start," James says.

"There is power in getting people together to do things, and the library can enable that and still have this broad collection of materials you might want to check out." 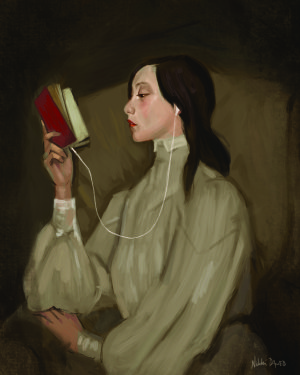