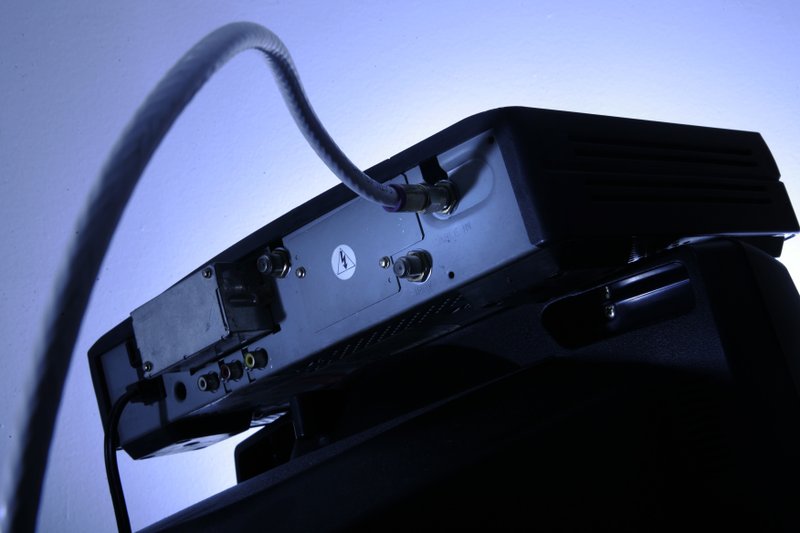 FILE - This Wednesday, May 30, 2007, file photo shows a cable box on top of a television set in Philadelphia. (AP Photo/Matt Rourke, File)

Four television stations in central Arkansas will change their broadcast frequencies this fall.

The channel-changing for those stations and 983 others nationwide are required as part of an auction early last year of broadcast airwaves aimed at making more room for wireless services.

Some 175 stations -- though none in Arkansas -- voluntarily sold their low-range broadcast spectrum. T-Mobile, the Dish Network and Comcast and other communication companies paid nearly $20 billion for 84 megahertz of spectrum for their growing wireless broadband services.

The changes won't affect cable and satellite subscribers, said Stephen Gardner, a public relations official working for the National Association of Broadcasters. But some 73 million cord-cutters -- those relying on digital converters or antennae to bring in over-the-air television stations -- could lose track of those stations when they change frequencies, he said.

In central Arkansas, sister stations KARZ and KASN are to make the move on Nov. 30.

KARZ and KASN, along with KARK and KLRT, are owned by Nexstar and operate from the Victory Building, across the street from the state Capitol.

"We're trying very hard to reach that date," said Chuck Stanley, the chief engineer for the four stations. "What it requires is putting up a new antenna specific to each broadcast station."

Physical work hasn't started. "There's a lot of planning and engineering involved," Stanley said. The move, and the new towers, will make the stations more efficient, he said.

The KASN tower is at Redfield, in Jefferson County. KARZ's tower is atop Shinall Mountain in west Little Rock.

Newer digital televisions and converter boxers may automatically scan for such channel changes and even for the creation of sub-stations, but Gardner encouraged viewers to do a physical scan using their remote controls.

Of the $20 billion raised in last year's spectrum auction, about $2 billion go to stations to help cover the cost of changing frequencies. About $10 billion went to the stations selling their spectrum. About $7 billion was deposited into the U.S. Treasury to reduce the deficit, now at an estimated $985 billion this fiscal year.

The changes won't be as dramatic as those in June 2009, a final deadline for stations to have switched from analog to digital signals.

Viewers not hooked up to satellite dishes or to cable -- or who lacked digital-ready televisions -- had to buy a converter box, and possibly an indoor antenna, to bring in the digital signals. Millions of Americans took up Congress' offer of coupons of up to $40 to help offset the cost of buying converter boxes.

Two smaller stations licensed in Little Rock are scheduled to make their changes sometime between Sept. 14 and Nov. 30.

Viewers in other parts of the state that receive over-the-air broadcasts from stations in the metropolitan Tulsa, Memphis and Shreveport areas also will be affected to some extent.

In Northwest Arkansas, the NBC affiliate KNWA is scheduled to switch from channel 50 to channel 33 sometime after Nov. 12, 2019.

Gardner said just under half of the nation's 2,000 television stations will change their frequencies.

The FCC established 10 calendar-based phases between Sept. 14 and July 2020 for the 987 stations to change broadcast frequencies.

Deciding exactly when to make the change within the phase selected by the FCC is left to the individual station. Large stations with more complicated moves were placed in later phases.

The larger, full-power stations are required by law to begin notifying viewers within 30 days of making the change.

The broadcasters group has developed a website, TVanswers.org, for viewers to receive email updates based on zip codes. The FCC has similar information on its website.