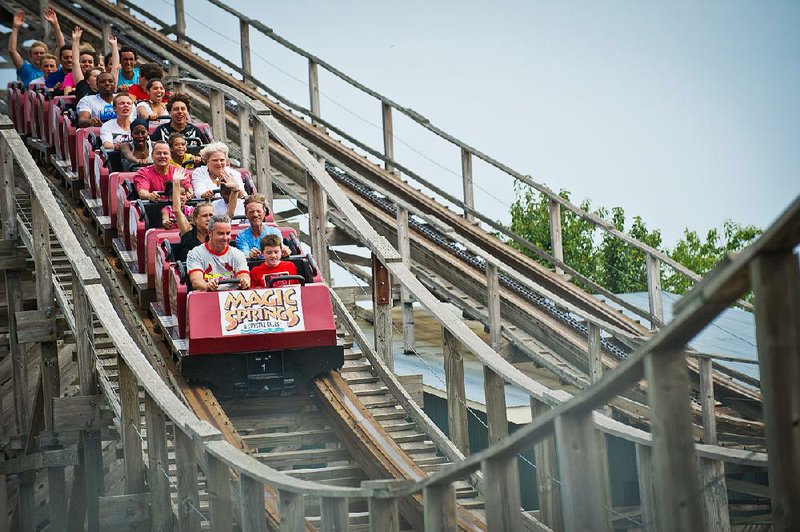 The violations were discovered during a Labor Department Wage and Hour Division investigation, the release said.

Premier Parks violated federal child labor law by "employing 14- and 15-year-old minors to work outside of the specific time frames allowed for workers of that age, and for more hours than allowed by law," it said.

"During an audit by the Arkansas Department of Labor this past summer it was determined that Magic Springs had violations of the state labor laws," Michael Wampler, director of sales and marketing for Magic Springs, said in a statement released Friday.

"The park has since updated its policies and procedures to prevent future violations. As one of the state's largest seasonal employers Magic Springs works closely with the Arkansas Department of Labor to stay current with all rules and regulations," Wampler said.

"Companies that employ minors must be aware of the rules that apply to workers less than 18 years old," Wage and Hour Division District Director Hanz Grünauer, in Little Rock, said in the release. "We encourage all employers to contact the Department of Labor's Wage and Hour Division with any questions they may have."

According to Juan Rodriguez, deputy regional director for the Office of Public Affairs-Dallas Region of the Labor Department, the Wage and Hour Division does not disclose what led to the investigation in order to maintain anonymity to the process; however, he said Magic Springs did not self-report.

Rodriguez said in an email to The Sentinel-Record Friday that "every case is unique and fines can vary significantly for several reasons."

"The employer has changed its practices and complied and promise to comply with the law," he added.

The Labor Department provides tools and resources to help employers understand their responsibilities and comply with federal law including online videos, confidential calls, or in-person visits to local WHD offices, the release said.

Employers who discover overtime or minimum wage violations may self-report and resolve those violations without litigation through the PAID program, it said.