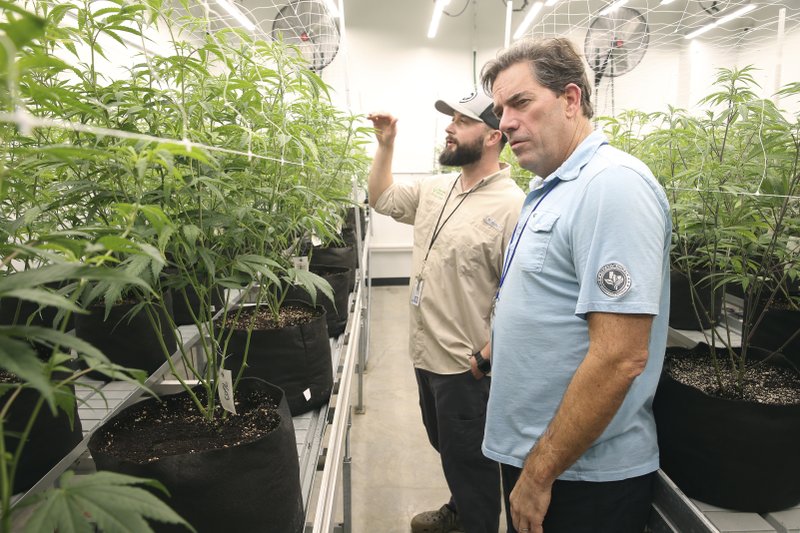 Walmart Inc. has enlisted artificial-intelligence firm Brain Corp. to provide 360 robotic floor scrubbers for its U.S. stores by Jan. 31. The Bentonville retailer already has a fleet of more than 100 of the machines through a pilot program with the San Diego company, a news release stated.

A store employee takes each unit, dubbed the Auto-C, on an initial drive through the store to teach it the route. After that, the press of a button activates the robot to operate autonomously. Brain Corp.'s BrainOS software provides the Auto-C with multiple sensors that scan its surroundings for people and obstacles.

Walmart's own tech division, Walmart Labs, employs about 6,000 "technologists" who develop innovations including artificial intelligence for use in its stores and online. Walmart Labs' locations include Bentonville; San Bruno and Sunnyvale, Calif.; Austin and Plano, Texas; Reston, Va.; and Bangalore, India.

The October decline matched a similar 0.1 percent drop in September and followed a 0.4 percent fall in August, the Commerce Department reported Monday. Construction has been weak since peaking in May with declines in four of the five months since that time, reflecting in large part the challenges facing homebuilders.

Homebuilders have struggled all year with rising costs for lumber, land and workers. Mortgage rates are also rising, reflecting in part rate increases by the Federal Reserve, which has boosted its benchmark rate three times this year and is expected to raise rates for a fourth time later this month.

In October, home building fell 0.5 percent, while nonresidential construction retreated 0.3 percent as declines in construction of medical facilities and shopping centers offset a gain in office construction. Government spending was up 0.8 percent in October, a rebound that reflected gains in both state and local projects and federal spending.

CVS Health Corp. and Aetna Inc., which closed on their merger last week before getting court approval for a settlement with the Justice Department, were ordered by a federal judge to justify combining their operations.

U.S. District Judge Richard Leon in Washington set a hearing for Dec. 18 where he will consider ordering the companies to keep their assets separate until he weighs approval of the antitrust settlement with the government, a process that could take months.

The ruling complicates CVS' plans for the Aetna acquisition, a $68 billion deal that creates a health care giant with a hand in insurance, prescription-drug benefits and drugstores across the U.S. CVS closed the takeover on Nov. 28 after obtaining final regulatory approvals and now faces the prospect that its plans for the combined company will be put on hold.

At a hearing last week, Leon chided the companies and the Justice Department for treating him like a "rubber stamp." He complained he was "being kept in the dark" about the closing of the merger.

VANDENBERG AIR FORCE BASE, Calif. -- A SpaceX rocket carrying 64 small satellites lifted off from California on Monday, marking the first time the same Falcon 9 rocket has been used in three space missions.

The rocket blasted off from Vandenberg Air Force Base, arcing over the Pacific Ocean west of Los Angeles as it headed toward space.

Minutes later, the rocket's first stage performed a so-called boost back maneuver and landed on an unmanned ship in the Pacific. The landing marked the first time SpaceX had flown a first stage three times.

The payload of the Spaceflight SSO-A SmallSat Express includes satellites from 34 organizations in 17 countries.

The first stage was previously launched and recovered during missions in May and August as part of a program intended to make the equipment capable of being used 10 or more times without refurbishment.

AUSTIN, Texas -- Fewer than 600 of an estimated 150,000 Texas patients with uncontrollable epileptic seizures have been prescribed a low-THC oil derived from cannabis under the state's restrictive medical-marijuana program.

About 45 doctors have signed up to prescribe cannabidiol, or CBD, almost a year after the first marijuana plants were legally harvested in Texas, the San Antonio Express-News reported. The state's therapeutic marijuana program under the Texas Compassionate Use Act grants only patients with intractable epilepsy access to cannabidiol with low THC, the compound that gives pot its high.

The law took effect in 2015, but the rollout has been slow.

Just three companies in central Texas have been licensed to distribute the drug. One doesn't seem to have opened yet and another has reported financial losses because of a small client base.

State lawmakers are pushing proposals that would loosen THC restrictions and give more patients access, including people with cancer, post-traumatic stress disorder and other serious medical conditions.

TULSA -- Farmers in Oklahoma are producing less wheat because of a global surplus, low prices and the weather, turning instead to cotton, soybean and corn, according to state and federal agricultural officials.

The U.S., Canada, France, Russia, Ukraine, Australia and Argentina had record wheat harvests in 2016, which is holding down demand and prices for the crop.