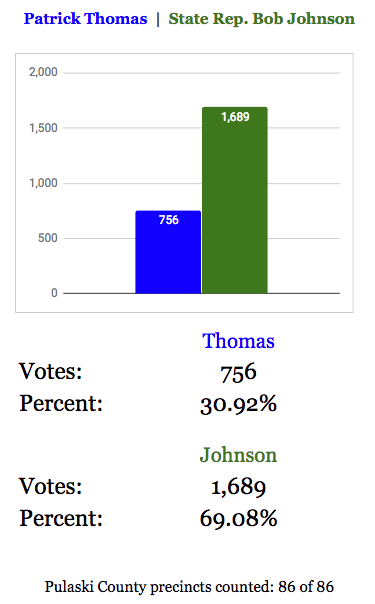 "I have a lot of work to do, but I'm willing to roll up my sleeves and do it," Johnson said.

Johnson and Thomas participated in the runoff after beating Debra Fulton and Mayor Gary Fletcher, who dropped out of the race though his name remained on the ballot.

Johnson led in the general election with 2,808 votes, to Thomas' 1,578, according to the Pulaski County Election Commission.

Between now and January, when he assumes office, Johnson said he hopes to help with the city's budget for the next year.

Johnson said he decided to pursue the position because he wants to unite Jacksonville and return jobs to the area.

"I decided it was time for me to go home and help my city," he said.

He said that the town has been in turmoil since city officials removed former Police Chief Geoffrey Herweg from the position because a previous conviction in Texas disqualified him from being chief. Johnson said he wants to be a part of building the town back up and work with new Police Chief John Franklin, who he said has been doing a great job, to unify the city.

Johnson would like to add more officers to the department and raise their pay, he said.

He describes the city as having financial struggles. To return jobs to the area, Johnson will make it a top priority to hire an economic developer to recruit businesses.

"It's like recruiting for a football team," Johnson said.

He said he plans to begin the recruitment before he takes office.

Johnson also wants to improve the city's relationship with the Jacksonville Chamber of Commerce, and encourage civic groups to work together. This could look as simple as having the groups help one another at events, Johnson said, adding that he would be in a unique position to foster cooperation because he is involved in many of the organizations.

"It's working together. It's partnerships," Johnson said.

"And I expect all 10 of my City Council members to be my teammates in this," he said.

He opened an accounting firm in the city in 1990 and served as a justice of the peace in the Pulaski County Quorum Court for 10 years. After that he began representing District 42, which includes most of Jacksonville. In January, he will end his term. He will have been in the position for four years.

As a representative, he said he is particularly proud to have worked to implement a state suicide hotline. Arkansas had been one of two states that did not have one, he said. Johnson also helped remove state tax obligations for military retirees.

Johnson said he thinks that the people of Jacksonville have chosen him because they want change.

"I'm really humbled and honored by the people of Jacksonville," Johnson said. 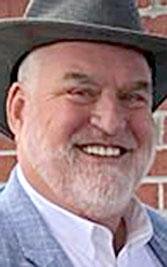 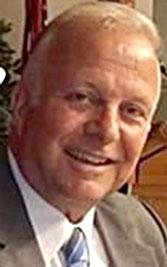