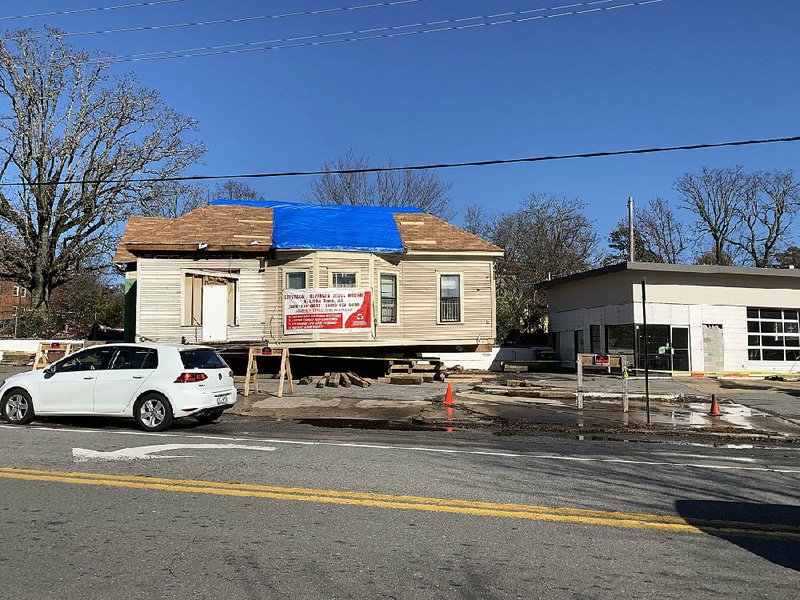 The house behind the former service station at Kavanaugh Boulevard and Beechwood Street is being moved rather than demolished as part of a plan to convert the property into a burger restaurant with green space. ( Eric E. Harrison)

We're still trying to track down details, but we have confirmed that Kelli Marks has left Cathead's Diner, 515 Shall Ave., in Little Rock's East Village. The restaurant had been billed as a collaboration between Donnie Ferneau Jr., chef, and Marks, baker. Marks declined to comment; Ferneau didn't return messages by deadline.

Co-owner/chef Margie Raimondo has closed Southern Table, 323 S. Cross St., Little Rock. In a statement, Raimondo said: "I will continue to cook, somewhere, sometime." Meanwhile, she will continue to be available for private-chef and catering events. As of deadline, the business phone number, (501) 379-9111, continued to return a voicemail message that the restaurant has "closed temporarily," adding that "We'll reopen very, very soon."

Monday is now the target to open former Henderson State/NFL linebacker K.D. Williams' The Capital's Seafood House, 1706 W. Third St., Little Rock, in a former service station catty-cornered from the state Capitol. Most of the build-out was complete by Tuesday's deadline -- some construction was still wrapping up on the east side enclosed patio -- and staff training was in progress. Hours will be 10 a.m.-midnight Monday-Saturday, and will have a full menu smorgasbord-buffet brunch, with mimosas included in the price, the first Sunday of each month. The phone number: (501) 214-1441.

Sunday brunch started Sunday at The Pizzeria, 4910 Kavanaugh Blvd., in Little Rock's Pulaski Heights. The phone number is (501) 551-1388; the Facebook page is facebook.com/pizzeriasantaluciaLR.

Work continues on turning the former Helmich's Auto Service, 2712 Kavanaugh Blvd., in Little Rock's Hillcrest, and the property behind it which owner Daniel Bryant is planning to convert into an as-yet unnamed casual restaurant, serving primarily burgers with a soda fountain and full bar. The work includes, not demolishing, but moving the house that occupied the lot above the service station, which over last weekend occupied much of the parking area. Bryant also owns, along Kavanaugh, District Fare and the Hillcrest Fountain, as well as Big Whiskey's on the edge of the River Market District downtown and Sauce(d) in west Little Rock.

Construction is nearly complete and staff training will begin shortly, but proprietor Tony Poe says he's decided it's better to do things right rather than hastily as regards the opening of his Atlas Bar and Small Plates, 1224 Main St., Little Rock. "So we decided to take our time through the holidays, rather than opening too soon" and has set a target for sometime in January. What he describes as "the best new old bar in Little Rock" takes its name from the restaurant-bar experiences he's encountered in his worldwide travels, and will feature a small-plates, tapas-style menu focusing on international street food. The bar will feature beer, wine and "high quality spirits from around the world," Poe says. Hours will tentatively be 3-11 p.m. or midnight. The phone number is (501) 712-4713; the website, atlassoma.com; and the Facebook page, facebook.com/Atlas-Bar-843061702557660.

Herbert Bruce Slaughter, owner of H.B.'s Bar-B-Q, 6010 Lancaster Road, Little Rock, and son of the namesake founder, died Nov. 27 after a six-year battle with cancer. He was 60. He was the son of Herbert Brooks "H.B." Slaughter, who with his brother, Casey, and wife Iris were the original owners of The Shack. H.B. Slaughter and his wife Madlyn decided to branch out on their own and opened the tiny H.B.'s, tucked away in a residential neighborhood on what at the time was still a dirt road off 65th Street in southwest Little Rock, in 1961. Bruce Slaughter started working there when he was 9. He married Judith Clinton in 1990 after a 12-year courtship. She plans to keep the restaurant running, posting last week on Facebook (facebook.com/pg/HBsBarBQ), "We are [maintaining] business as usual because that is the way Bruce would want it." The restaurant phone number is (501) 565-1930.

And speaking of barbecue, slightly weathered notices from the Pulaski County Sheriff's Office have been taped to the front door and the walk-up window of the storefront at 402 E. Third St., Little Rock, where Tim Chappell has been pledging to put Hickory Joe's, informing Chappell, d.b.a. Chappell Concepts Inc., "and/or any occupants ... to "be off this property within 5 days of the date and time" -- 08:30 Nov. 20 -- "or you will be removed" by the sheriff's office. However, a peek through the still-partially papered-over windows on Monday showed various pieces of equipment and a couple of tables still inside.

Chappell says he's been trying to work out a deal with his banker, and in the meanwhile communicating with the attorney for the building owner, "hoping to get it squared away where I don't have to lose that space," which has been idle for nearly four years and into which he says he has poured several thousand dollars to redo the electrical system and set up that walk-up window. He believes the building owner has a tenant in mind if he has to let it go, he says, "but I hope it won't turn out to be a colossal waste of time and money."

Hickory Joe's was supposed to be a secondary barbecue joint to Chappell's planned revival of The Shack within his Gusano's Chicago-Style Pizzeria, 313 President Clinton Ave., Little Rock, and you will recall that Chappell settled a rent dispute with his Gusano's landlord, Three Thirteen Clinton LLC, in October.

Meanwhile, The Shack redux has turned out, at least for the moment, to be one page on the back of the Gusano's menu, featuring one pulled-pork barbecue sandwich, available either as a single, a pair or part of a combo with two side items, out of a list of three. Plus a redesign of the decor, covering the back wall with vinyl discs to better fit the live blues venue he has been planning to install there.

"We've kept it simple," Chappell explains, "for right now, starting with what people remember ... [and] understanding the demand" before moving on to fare like ribs and brisket. He's responded to customer comments that there's not enough sauce on the sandwich with plans to send out additional sauce on the side. The Gusano's/Shack phone number: (501) 374-1441.

One of our eagle-eyed colleagues reports the final demolition of the former Ozark Country Restaurant, 202 Keightley Drive, destroyed in a May 1 fire, and a sign on the property saying "For Sale: Commercial Lot, Reed Gibbons, 501-580-7009, RPM." 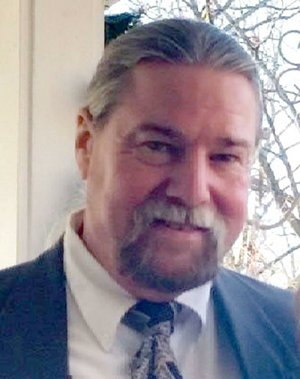