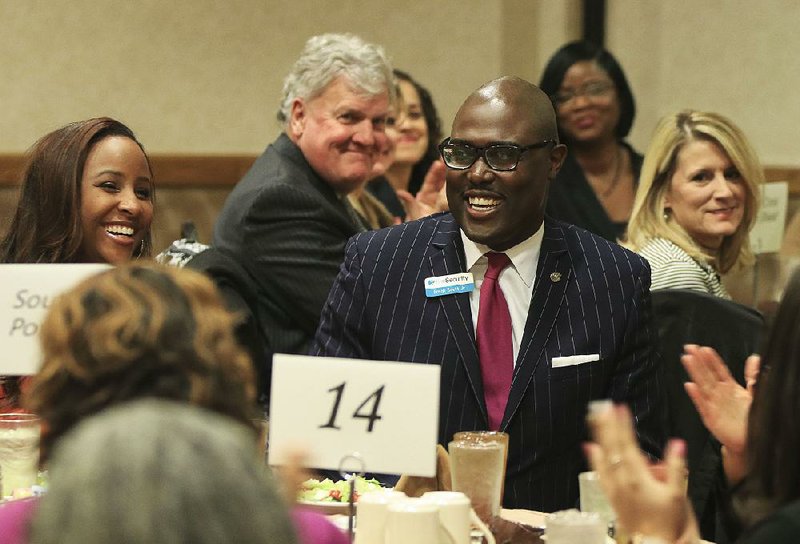 Frank Scott Jr. gets a round of applause from participants Wednesday as he is introduced as Little Rock’s next mayor at an Urban League of Arkansas event in North Little Rock. ( Arkansas Democrat-Gazette / Staton Breidenthal)

Mayor-elect Frank Scott Jr. won a historic race by building on a strong base south of Interstate 630 but securing votes across the city.

The 35-year-old banker and associate pastor ran on a platform of unifying what many see as a divided city. He said the broad support embodied his campaign's mission.

"It was an emotional experience," he said of seeing the results come in. "We were just excited to have the far-reaching support that we had."

Scott was raised and still lives in southwest Little Rock, which encompasses some of the city's poorest neighborhoods. He served as a senior adviser to former Gov. Mike Beebe and on the state Highway Commission, and has said his commute to his bank's headquarters in northwest Little Rock is a daily reminder of the city's divisions.

With all precincts reporting, the unofficial vote totals show that 22,622 ballots were cast for Scott in the runoff. Kurrus received 16,282 votes, garnering about 42 percent of the vote.

As he did in the general election, Scott prevailed in precincts south of Interstate 630, in downtown and in east Little Rock, according to the Pulaski County Election Commission. Kurrus carried large sections of west and northwest Little Rock, as well as parts of the Heights neighborhood. 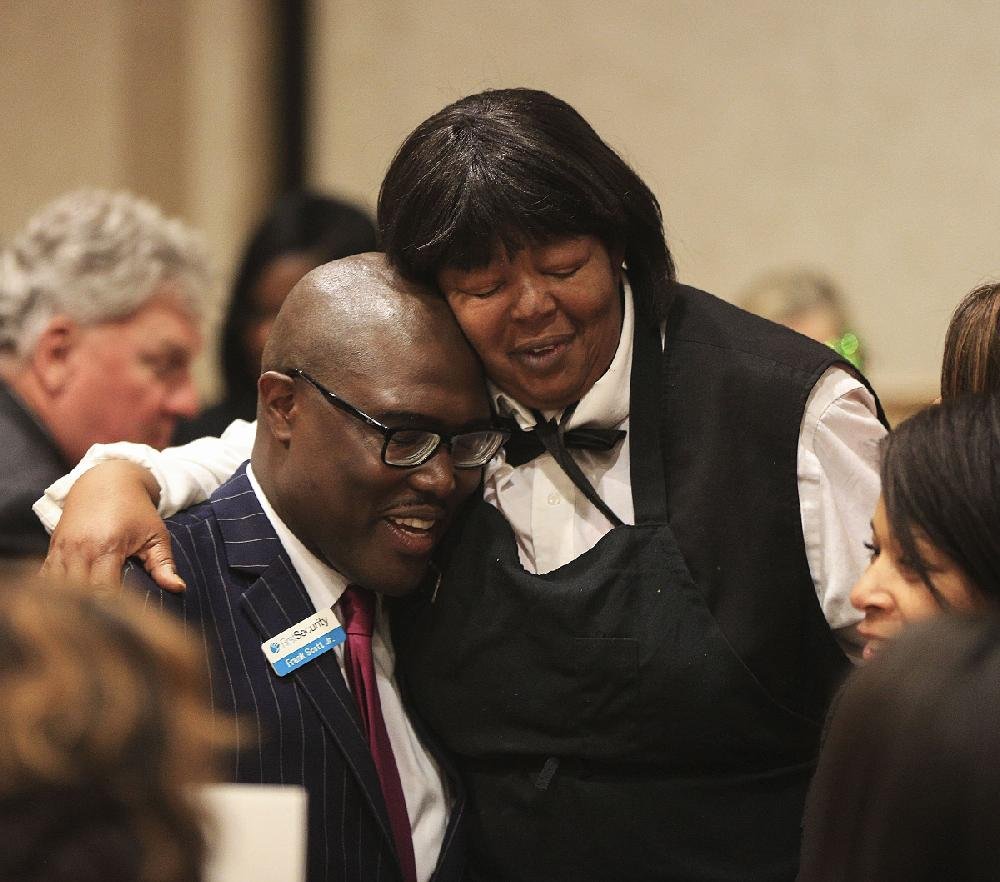 In the general election, Warwick Sabin, a Democratic state representative, received roughly 600 fewer votes than Kurrus. In the November vote, Sabin carried precincts in and around the Heights and downtown, as well as the city's Hillcrest neighborhood.

In Tuesday's runoff, voters who initially cast ballots for Sabin were split. Scott won in downtown and some midtown precincts that previously favored Sabin. That included Sabin's home precinct in the Capitol View/Stifft Station neighborhood. The 42-year-old legislator did not endorse a candidate in the runoff election.

Kurrus, 64, won some west Little Rock and Hillcrest precincts that previously supported Sabin, though Scott received enough votes across the board to make for close contests in some areas.

When reached by phone Wednesday, Kurrus said he was moving on and focusing on his own career opportunities. He did not rule out running for another political office in the future, but said it was unlikely.

Scott won in areas that generally have younger voters, said Jay Barth, a political science professor at Hendrix College in Conway. At 35, Scott will be Little Rock's youngest mayor since 1979, according to information provided by Scott Carter, the city's special projects administrator.

While the results of the runoff show divisions by geographical areas and racial makeup, Barth said the divide was not as stark as in other elections. Voters embracing the notion of historical change -- giving the city its first elected black mayor -- likely contributed to Scott's win, he said.

Little Rock has had two black mayors previously, both were elected as city directors and later were chosen by fellow board members to hold the position. The city of nearly 200,000 people is about 42 percent black.

The historic nature of the race drew national attention, with Scott getting an Election Day endorsement from U.S. Sen. Cory Booker, D-N.J., something Scott said completely surprised him.

"It means a lot," Bingham said. "They see anything is possible if they work hard to set their mind to it."

She added that Scott could help bridge a gap between the city's leadership and its younger residents. Scott is 15 years younger than the youngest member currently on the city Board of Directors over which he will preside.

To some people in southwest Little Rock, Scott's win means that someone with personal knowledge of the unique challenges in that area will occupy the city's top political office.

"I think it'll give him a better understanding of what we work on all the time," said Pamela Adcock, president of the grass-roots group Southwest Little Rock United for Progress. "It's not foreign to him. We don't have to start from scratch with teaching and making a new person understand the issues we face out here."

Donna Massey, state president of Arkansas Community Organizations, said it has at times been difficult to get city leaders to pay attention to issues that residents south of Interstate 630 face.

"It's just been like we just don't exist," Massey said.

Arkansas Community Organizations works to support renters' rights, health care and justice for low-income people. Massey said the group interviewed both candidates in the runoff before endorsing Scott and that she hopes he will address the issues.

Scott said he is focused on unification and creating a "new city."

"I didn't run to become the black mayor of Little Rock -- I ran to become the mayor," Scott said. "I know it's a huge responsibility to help lead this city."

Scott said he plans to announce his transition team Monday.

CORRECTION: Frank Scott Jr. will be Little Rock's youngest mayor since 1979. Earlier versions of this story listed an incorrect year for the last time a younger mayor than Scott held the office.