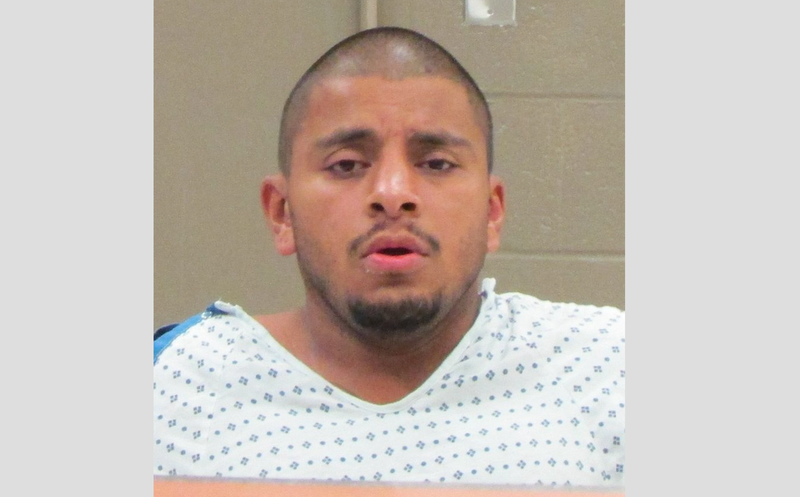 The man accused of strangling a Little Rock woman was convicted of killing her but spared a life sentence Wednesday by a Pulaski County jury that found the 38-year-old defendant guilty of a lesser charge after a two-day trial.

Naomi Estrada, 36, was killed a few weeks after befriending Jose Martin Gonzales, who was homeless and walking Little Rock streets barefooted when they met last year.

Authorities said he was the last person known to who have seen the mother of two. Her parents and siblings never saw the woman again after she left the house on a Friday night in response to a phone call.

Estrada did talk to her mother on the phone the next day, but then did not fulfill a promise to pick the older woman up from work.

Estrada's naked body was found on a Sunday morning underneath a box in the basement of her Westmont Circle home in July 2017, the morning after her family reported her missing.

But the jury, after about three hours of deliberations, found the Texas native guilty of second-degree murder. Jurors spent about 12 minutes considering punishment before delivering their sentencing recommendation to Circuit Judge Barry Sims -- 55 years.

Gonzales will have to serve almost 14 years before he can qualify for parole and still faces charges over accusations he attacked a jail guard shortly after he was arrested.

The Class A felony murder charge carries a 60-year maximum for a habitual offender like Gonzales, whose convictions include injury to a child in Texas and robbery in Arkansas.

Senior deputy prosecutor Jeanna Sherrill asked jurors for the strongest penalty after the defense asked for the lowest sentence, a six-year term.

"He asks for mercy from you," Sherrill said. "He didn't show any mercy when she was fighting for her life."

Gonzales is known to have choked women before, prosecutors said. The 27-year-old mother of Gonzales' three children, Mary Virginia Wooten of Hensley, told jurors that he'd regularly choked her unconscious during the fights they had over the course of their six-year relationship.

Marks on Estrada's neck indicated she'd been choked with some instrument, likely a belt found next to her body that had her hair tangled in the buckle. But the medical evidence showed that her killer had likely finished the job by hand, Sherrill and co-prosecutor Melissa Brown told jurors.

Marks on Estrada's hands showed she had fought to live, the prosecutors said. Gonzales' DNA was found under a fingernail on her left hand while a nail from her right hand had DNA that came from either Gonzales or a male member of his family, jurors were told.

Gonzales did not testify, and his lawyers, Bobby Digby and Michael Kaiser, called no witnesses on his behalf. Instead, they attacked the paucity of the DNA. Less than a pinprick of Gonzales' genetic material was found, an amount too small to be seen by the naked eye.

Surely, if Estrada had fought with Gonzales at all, she'd have had chunks of his flesh under her nails or at least much more of his DNA on her body, the attorneys said. The minuscule amount found was more reasonably explained as detritus accumulated by the pair spending so much time together, they argued, telling jurors the pair had been romantically involved.

The state's case was based more on the firmly held belief of the woman's family that Gonzales killed Estrada, Digby said. He warned jurors not to be swayed by their certainty in his guilt.

That contention led to an extended interlude in which Digby argued with Chuck Ray, the lead detective in the case, over the differing meanings of the words "different" and "new."

Jessica Estrada, 62, told jurors that Gonzales appeared to have some kind of wailing breakdown when she confronted him just as she realized her daughter was not at home as Gonzales had claimed.

Gonzales told her that Naomi Estrada was asleep in bed with a stomach ache, the woman testified. But when she went to check on her daughter she found only a pile of pillows covered with a sheet as if to mimic someone lying in the bed, she said.

Gonzales babbled something about going for a walk in the woods with Naomi to find some clothes he'd stashed and said something about sex, then told her that Naomi had left the house on foot with a stranger to go buy marijuana, Jessica Estrada testified.

Gonzales fled the home a short time later, taking the Estrada family car. The silver four-door Kia Forte was found in the parking lot of Eagle Rock Church, 1600 W. 34th St., in Little Rock with a flat tire a couple of days after Gonzales' arrest.