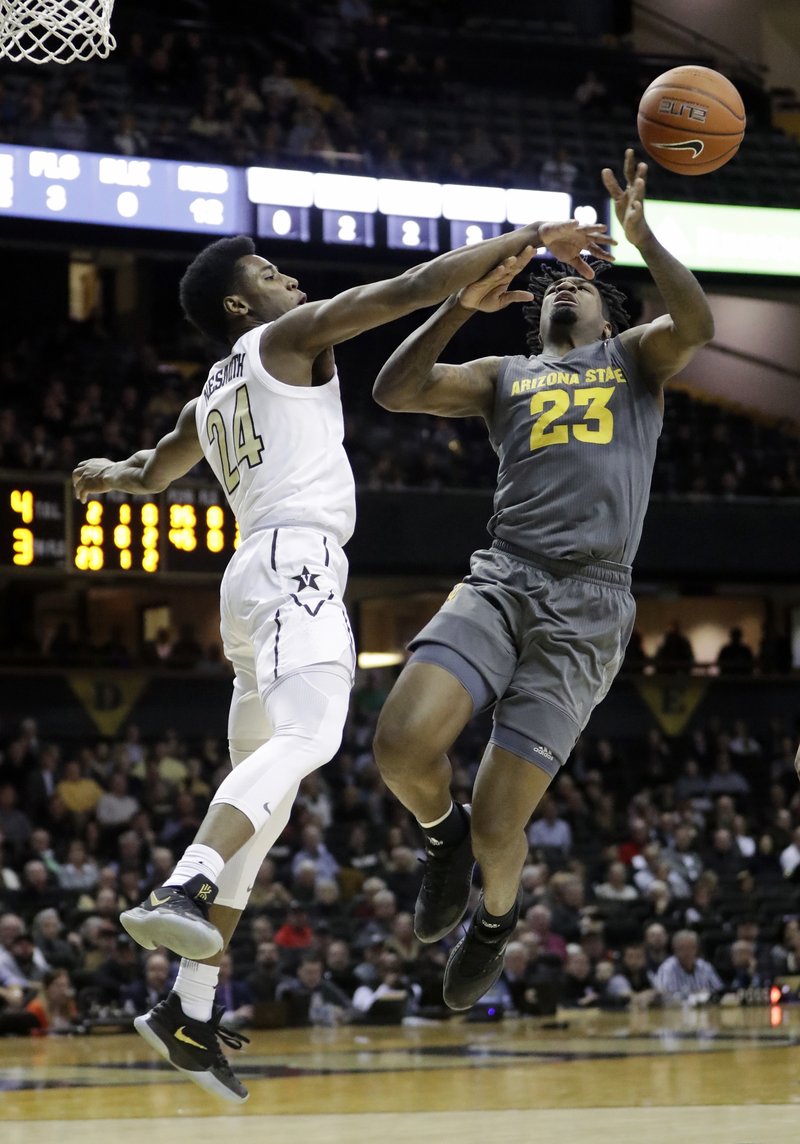 Vanderbilt snapped an eight-game skid against ranked opponents that dated to an overtime win over Florida in the 2017 Southeastern Conference Tournament. The Commodores (7-2) also beat Arizona State for the first time in five tries on the Sun Devils' first visit to Memorial Gym.

The Commodores had a big night from beyond the arc, hitting 6 of 12 from deep in the first half and 12 of 28 for the game.

Aaron Nesmith added 13 points off the bench for Vanderbilt. Yanni Wetzell had 12, and Matt Ryan and Joe Toye had 11 each.

Arizona State, which moved up two spots in the AP Top 25 earlier Monday, has lost two of three.

Rob Edwards led Arizona State with 14 points. Luguentz Dort came in as the fourth-highest freshman scorer in the nation averaging 20.9 points, but he had just 10 points.

This was the first game after the Commodores' 12-day break for finals and is the second part of a home-and-home deal with Arizona State.

Arizona State opened by scoring the first nine points as Vanderbilt missed its first six shots. After that, the Commodores finished the first half outscoring the Sun Devils 34-19, including an 18-3 run over the final 6:49.

Vanderbilt pushed that to 37-28 when Ryan hit a 3 to open the second half. Dort scored five straight points to pull Arizona State within 37-34, but that was as close as the Sun Devils got until Edwards and Kimani Lawrence hit back-to-back 3s with 3:53 left to pull within 62-59.

Simisola Shittu answered with a layup, and Toye knocked down a 3 as Vanderbilt pushed the lead back to double digits.

Forrest shot 8 for 12 from the floor, and had a team-high eight rebounds and four assists to help the Seminoles (9-1) win their fourth in a row.

Florida State senior forward Phil Cofer played for the first time this season after missing nine games due to a preseason foot injury. Cofer didn't have a point or rebound in five minutes.