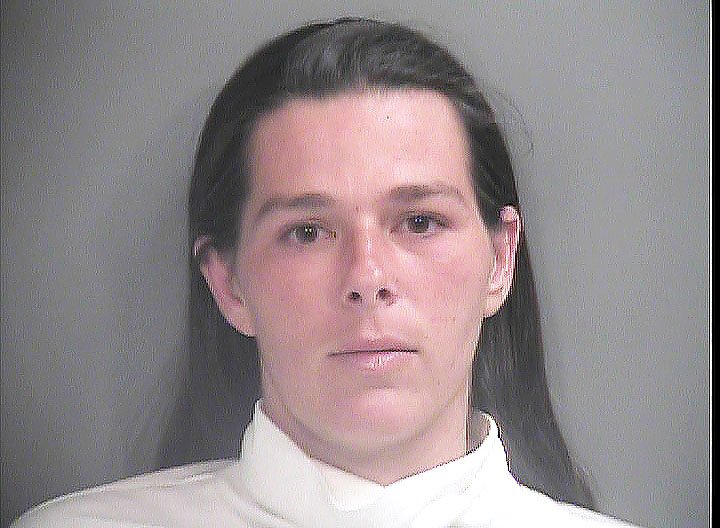 FAYETTEVILLE -- The last of five people involved in the torture and beating death of a Fayetteville woman in 2015 pleaded guilty to tampering with physical evidence Wednesday in Washington County Circuit Court.

Victoria Annabeth Davis, known as Tori, was killed at her home on Hill Street on Aug. 19, 2015. Police said Davis, 24, was held captive for hours and beaten by a group of people. She died of blunt-force trauma but was also raped with a baseball bat and hooked up to a battery charger before she died, according to testimony.

A negotiated agreement between a criminal defendant and a prosecutor in which the defendant agrees to plead guilty or no contest to a crime, along with possible conditions, in return for a reduction of the severity of the charges, dismissal of some of the charges or some other benefit to the defendant.

Rebecca Lee Lloyd, 39, was initially charged with accomplice to capital murder, punishable by life in prison without the possibility of parole or the death penalty. The charge was amended as part of a plea deal Wednesday.

Prosecutors said police first believed Lloyd was involved in Davis' murder, but later evidence, defendant statements and testimony in previous trials indicated Lloyd was at the home with her children while Davis was beaten and killed but she didn't actively participate. Lloyd helped others dispose of evidence from the murder.

"They all indicated that she was not involved, so really we didn't have anything," said Matt Durrett, prosecutor. "Her participation was pretty much nonexistent."

Lloyd was sentenced to six years probation and assessed court costs and fees Wednesday. She was given credit for 1,217 days jail time served since her arrest. The charge can be scrubbed from her criminal record at the end of her probation, under a first-offender expungement law, Act 346.

Defense attorneys said Lloyd plans to move to Missouri and live with family.

"I think it's a fair resolution. There's never been any doubt from the beginning of this case that, if there was culpability at all, that Rebecca was the least culpable," Tony Pirani, a defense attorney, said after the sentencing. "She has some pretty significant mental issues as well and a pretty compelling and unfortunate back story of abuse and tragedy and just a very rough life."

Pirani said Lloyd was obviously with the wrong people and was in the wrong place at the wrong time.

Mark Edward Chumley was convicted as the ringleader in the killing. He coerced and threatened the others to participate, based on evidence and testimony from co-defendants. Chumley, 49, was found guilty of accomplice to capital murder by a jury in late October and sentenced to life without the possibility of parole. The death penalty was in play in Chumley's case.

Durrett placed the blame for Davis' murder squarely on Chumley at his trial. "These are not sophisticated people. These are not bright people. These people are easily manipulated. Mark Chumley was the one running the show. This defendant, he was controlling everything. He was responsible," Durrett said.

"She really kind of fell under the spell of this Mark Chumley character," Pirani said of Lloyd. "He was controlling her, and she felt trapped, and we've always argued and asserted to the prosecutor that, in a lot of ways, Rebecca is herself a victim. We don't believe there's any evidence whatsoever she participated in the actual homicide or, in fact, that she was fully aware of what exactly was going on out there."

John Christopher Davis, 30, who was Tori Davis' husband, pleaded guilty earlier this year to being an accomplice to first-degree murder and was sentenced to 37 years in prison in exchange for his testimony against Chumley.

Desire Amber Treat, 32, pleaded guilty in early December to accomplice to first-degree murder and was sentenced to 33 years at the Arkansas Department of Correction. She was given credit for 1,198 days of jail time served.

Christopher Lee Treat, 32, pleaded guilty in early December to accomplice to first-degree murder and was sentenced to 33 years at the Arkansas Department of Correction. He was given credit for 1,205 days of jail time served. Chris Treat is Desire Treat's husband.

It will be about 23 years before the Treats are eligible for parole.

The case took more than three years to resolve, and Durrett said it feels good to have the case behind him.

"Homicide cases always take longer because they're more complex and you're dealing with a lot of different factors outside your control, like the crime lab and mental evaluations. That's what a lot of this was," Durrett said. "This one took a while because the evidence on it was that Mark Chumley was the ringleader and that's the one that we were going to try first, so a lot of these kept getting pushed off because they were going to cooperate against him."