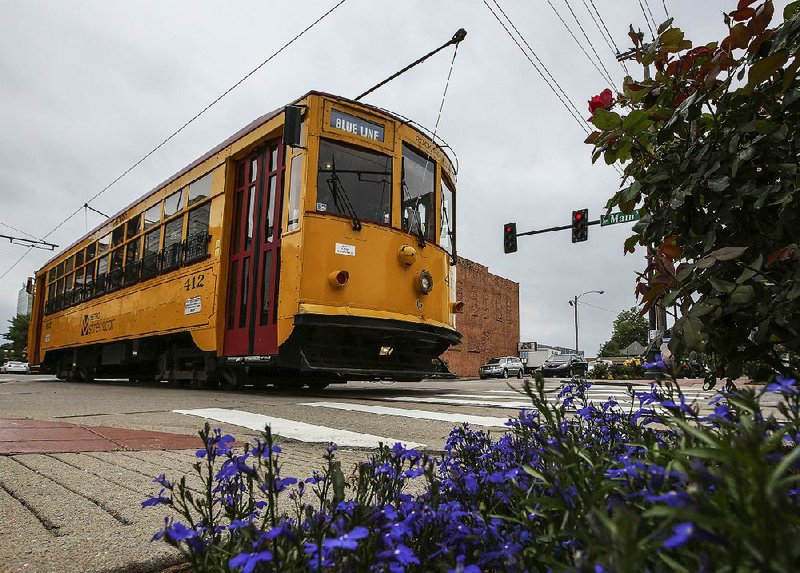 The new policy, approved by the transit board on Dec. 12, will run through at least the end of 2019.

The agency decided to try out a fare-free system to help increase ridership.

Through the first 11 months of this year, the streetcar system carried 35,345 passengers, or about 114 passengers a day, according to agency data. The system typically has three streetcars circulating on two routes daily.

In 2017, the streetcar system carried 95,047 passengers, spurred by seven months of free fares.

The use of the streetcar system has faced several obstacles in the past few years, including the six-month closing of the Broadway bridge in 2016, when crews tore down and then replaced the span. Adjustments to downtown traffic patterns required the streetcars to suspend service during the morning and evening rush hours.

Going to a fare-free system is a recognition of other barriers for riding the streetcars, agency officials have said, including an increasingly cashless society and infrequent riders who are unfamiliar with transit-specific payment options -- including tokens, passes and a fare payment app, according to the agency.

Most users are tourists, not regular transit riders, Frazier has said.

Riders can learn more about the two streetcar routes and their schedules at rrmetro.org. They can also download the free METROtrack mobile app, available for download using Google Play or the Apple App Store, to watch the streetcars moving along their routes in real time and receive time predictions for how many minutes away the streetcars are from designated stops.