Man wins $200,000 in Arkansas lottery while on way to visit family for Christmas, officials say 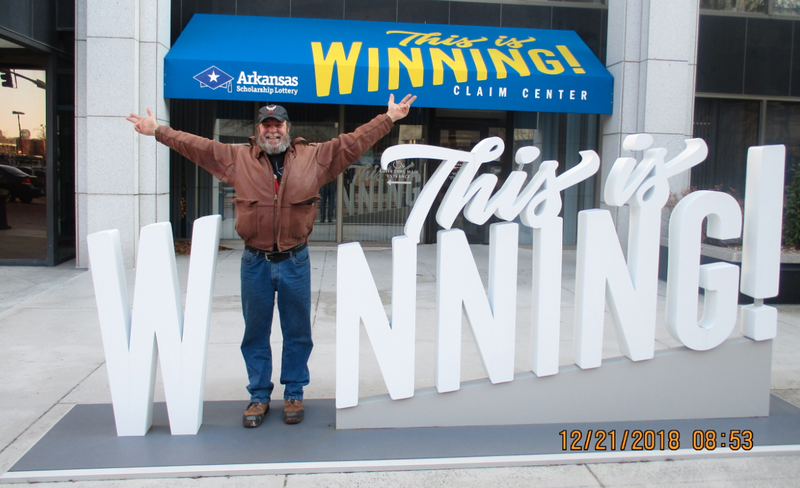 David Stratil of West Milwaukee, Wis., is shown posing outside of Arkansas Scholarship Lottery headquarters in this photo released by the lottery.

A man driving through Arkansas on his way to visit family in Texas won big after deciding to purchase a scratch-off ticket Thursday, lottery officials said.

David Stratil, of West Milwaukee, Wis., said he bought a $10 Emerald 10's scratch-off ticket while getting gas in Malvern on Thursday because “it caught my eye,” a news release from the Arkansas Scholarship Lottery states.

When Stratil scratched off the numbers on the ticket, he discovered he won the ticket's top prize, $200,000.

“I didn’t think it was real at first,” he said in the release. “I play the lottery about twice a week in Wisconsin and never win. I was driving to Texas because I couldn’t afford to fly. Now I may sell my car and fly home.”

According to lottery officials, Stratil, traveled to the Arkansas Scholarship Lottery Claim Center in Little Rock to collect his winnings Friday morning.

“I had to backtrack a little, but I certainly didn’t mind,” he said.

The Emerald 10's scratch-off game had three $200,000-winning tickets, and all three have now been claimed.