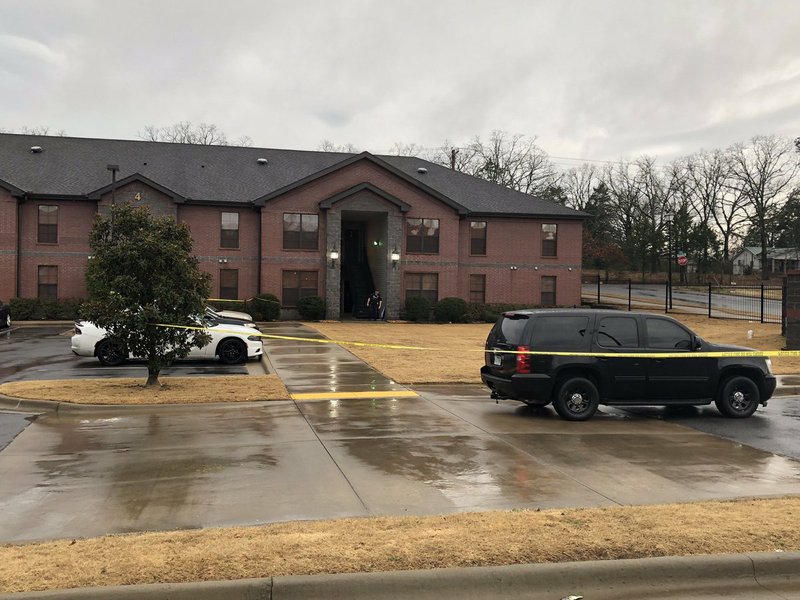 Authorities investigate a homicide in this photo posted on the Conway Police Department's Twitter page.

A central Arkansas police department is investigating a homicide after a man suffering from a gunshot wound died from his injuries early Thursday.

The victim was dropped off at a local hospital, the Conway Police Department wrote on Twitter.

Officers said investigators believe the man was shot at Plaza Pointe Apartments in Conway. Police said no further details could be released.

Officers were previously called to the same complex in September to investigate the shooting death of 28-year-old Undra Lambert.