Federal aid expected to give access for portion of those doing without by Emily Walkenhorst | December 27, 2018 at 4:30 a.m.

The proportional lack of access is largely because of Arkansas' rural population, but experts said it can make up ground on its peers in several ways, including changing state law that currently hamstrings public and private partnerships to expand service.

Internet access is an economic essential, said Michael Pakko, chief economist and state economic forecaster at the Arkansas Economic Development Institute. Pakko said the Internet is evolving into a utility, like electricity or gas, and "becoming an important part of daily living."

Broadband Internet is the most common type of Internet service and is faster than the earlier-used dial-up.

"A community without broadband is not a community that is going to exist much longer these days," said Robert DeBroux, director of public policy and federal regulatory affairs for TDS Telecom of Madison, Wis., and chairman of the FCC's Broadband Deployment Advisory Group's committee that is studying regulatory obstacles to expanding broadband access.

Some federal funding is expected to increase broadband access to rural Arkansas in the coming years, but barely enough to make a dent in the state's percentage of broadband access.

Federal funding will soon pay to connect 16,048 rural-area buildings, including households, to broadband. The FCC gave about $5.2 million to five different companies for the work this August, part of the Connect America Fund, the first of 10 installments of $5.2 million. In total, 103 entities will receive $1.49 billion to expand broadband access to 713,176 structures in the rural United States during a 10-year period.

About a quarter of the state's population doesn't have access to broadband Internet, according to an FCC report released in February. That's about 750,000 people.

The FCC estimated this month that about 395,000 Arkansas households lacked a wired connection to Internet at a speed of 200 kilobits per second or higher, as of June 30, 2017. Some of those homes may have had satellite or mobile broadband access.

A higher proportion -- about 11.6 percent -- of Arkansans relies on cell phone data plans as their only means of accessing broadband, according to U.S. Census Bureau data released this month. That's just above 11.5 percent in Oklahoma and just under 12.1 percent in Mississippi, which has the highest percentage in the nation. The national average is 7.5 percent.

The FCC and other national groups have several ways of measuring people's access to Internet services. Broadband by household, broadband by mere ability to access, or online connectivity of any kind -- in every case, Arkansas ranks toward the bottom.

An FCC report released this month showed that 65 percent of Arkansas households had at least a 200 kilobits-per-second fixed connection, 50th out of all states and the District of Columbia. That percentage is 60 percent for Mississippi and 69 percent for 49th-place Oklahoma.

Yet this isn't just a tale of rural poverty, experts said, and Arkansas has at least a partial solution. Arkansas can change its laws to make up for what intermittent and small amounts of federal funding can't cover, experts said.

A state law passed in 2011 is unusually restrictive and prevents electrical utilities and municipalities from providing broadband service in more rural areas where broadband options are nonexistent, said Elizabeth Bowles, president and chairman of Artistotle, a Little Rock-based Internet company. Bowles also serves as the chairman of the Broadband Deployment Advisory Group.

Act 1050 of 2011 amended Arkansas telecommunications law to include the restriction. It's the same law that was cited as problematic when the state first attempted to connect all school districts to broadband Internet access. Schools were connected with state funding.

Gov. Asa Hutchinson said in a statement Wednesday that he's met with service providers and pushed for more investment in broadband and a faster pace of deploying it.

"I will also continue to work with legislators to remove barriers that may be making it difficult for providers to extend service throughout the state," Hutchinson said in the statement.

Hutchinson noted that many students who have access at school may return to a home without it at the end of the day.

"In the age of technology, industry and business will not locate in areas that do not have high-speed Internet," Hutchinson said. "We have made progress but there is much more to do."

Restrictions on municipal broadband endeavors have been inspired by some cities' failures to provide it successfully, DeBroux said, but a main reason is fear from companies that cities can subsidize their services with tax dollars and drive companies out of the market.

Cities should be able to participate when no one else will, DeBroux said.

"I don't see any reason why they should just flat out be prohibited from doing that, especially in the types of communities that really have no other choice," DeBroux said.

Where telecommunications companies don't want to bear the cost of a potentially losing endeavor, municipalities could build or own the infrastructure and a company can operate it, Bowles said.

"There's nothing inherent in Arkansas that we can't do this," Bowles said. "We've just set up our stumbling blocks ... (and) we need to get over them."

Bowles' company is among the five companies that won FCC money to expand rural broadband access.

Aristotle Unified Communications partnered with New Wave Net Corp. of Bloomington, Ill., to win $706,900.33 annually over 10 years to extend wireless broadband into 3,191 structures. The companies, which called themselves ArisWave Consortium, won an additional $480,470.57 annually for 10 years for projects in Mississippi, Missouri and Oklahoma.

The companies will provide wireless broadband, which doesn't require the same kind of density to be feasible as fiber optic or cable, Bowles said.

Fiber optic is higher-capacity Internet but remains relatively uncommon across the United States. Most households in the United States have fiber optic, cable or DSL, all forms of broadband delivered through telecommunications lines, or wireline technology. Those are ideal for businesses with a lot of potential Internet users.

But for some places in Arkansas, even in urban settings, those types of services are still hard to find.

AT&T U-Verse is in town, but the airport would have to build the cable to connect to it, which he'd like to do, Hale said. Once the line is installed, Hale said he believes it could cost the airport $500 per month for 20-megabit-per-second Internet.

Pilots use the Internet to communicate with the Federal Aviation Administration and check weather conditions, Hale said. Big business executives fly into general aviation airports like his, where they can land their own aircraft, rather than commercial airports.

He'd like to have a better Internet connection for fliers.

"It would be more accommodating to the users at this airport, certainly," Hale said.

Census data show most households in Jefferson County have Internet access, about 60 percent, but about a quarter rely on cell phone data plans as their only Internet connection. That data are taken from the American Community Survey, 2013-2017 estimates, which average over those years. Those figures can be dated, but they generally have a margin of error within 8 percent for higher-population areas, compared with much higher margins of error in more recent, single-year estimates.

Not all of Pine Bluff has wireline Internet, said Kasey Cooper, information technology director for the city. A police substation near the airport uses Wi-Fi modems because it can't get cable service, he said.

Nearby Redfield is getting fiber optic Internet service, Cooper said.

Broadband connections can help children accessing learning tools on and off campus, Bowles said. It can be used to expand telemedicine to rural areas, and it can help entice young adults to stick around in smaller communities.

For years, urban areas have grown while smaller cities and towns have declined in size, largely because of a changing landscape of economic opportunities that favors knowledge-based jobs versus manufacturing jobs.

Expanding rural broadband access is crucial to economic development across states, rather than limiting it to higher-population areas, Pakko said.

"If you have robust broadband, then young people don't feel the need to leave to pursue what they want to do with their lives," Bowles said. "The Internet allows the world to come to you.

"If you do not have broadband where you are, then you don't have the world, and that's why you have to leave." 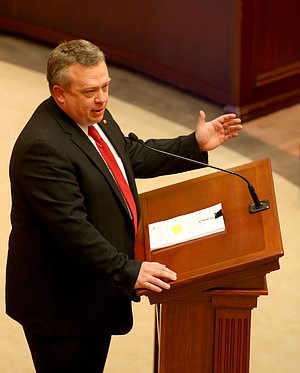 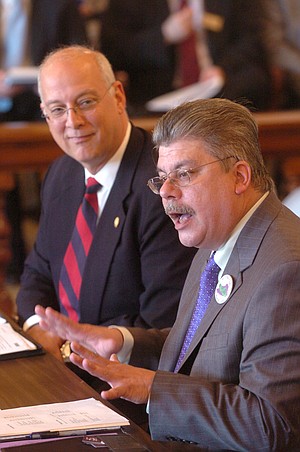