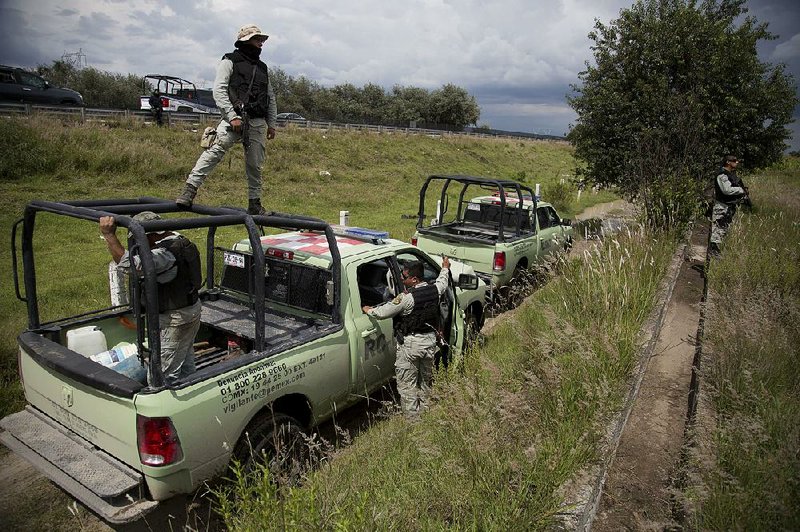 MEXICO CITY -- The theft of $3 billion in fuel every year from Mexico's state-run fuel depots and pipelines is an inside job, the country's new president said Thursday.

The country's top prosecutor said criminal investigations have been opened against three employees of the state-owned oil company Pemex for their alleged involvement in the scam.

While thieves drill an average of about 42 illegal taps per day, Lopez Obrador said that represents only about 20 percent of losses. The rest was presumably stolen from distribution centers aboard tanker trucks.

"There is a hypothesis that of all the [fuel] thefts, only about 20 percent is done by illegal pipeline taps," Lopez Obrador said. "It's a kind of smoke screen, and the majority is done through a scheme that involves the complicity of authorities and a distribution network."

Lopez Obrador suggested much of the stolen fuel was from distribution centers aboard about 600 tanker trucks every day that carry fuel worth about $10 million per day.

Authorities have long suspected Pemex employees of complicity in the thefts, since drilling illegal taps and extracting fuel without causing an explosion requires inside knowledge.

But an even bigger mystery has been how that much stolen fuel gets sold; simply selling it on roadsides to passing truckers could never account for the vast amount of stolen gasoline and diesel.

A few dozen gasoline stations have been implicated in selling stolen fuel, but that also wouldn't account for enough sales volume.

Officials say that by targeting corrupt employees and monitoring fuel shipments they have already managed to reduce the thefts since Lopez Obrador took office on Dec. 1.

Military personnel are participating in a new plan to monitor distribution depots.