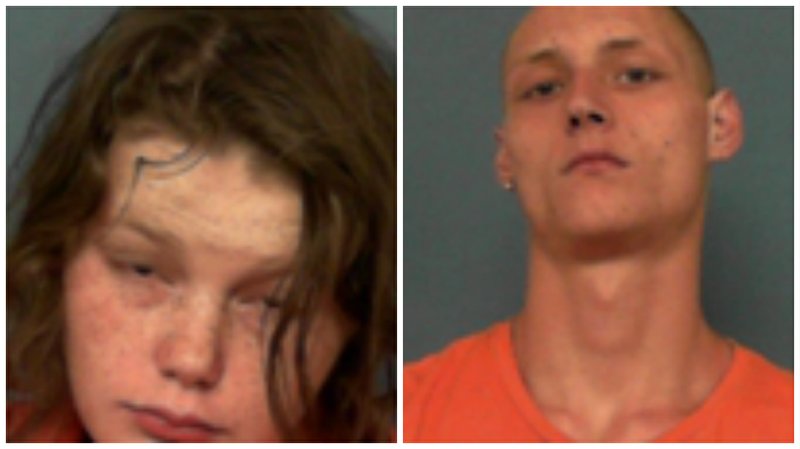 Erica Shryock (left) and Charles Elliott, both of Magnolia

MAGNOLIA — The parents of a 2-week-old girl who suffered dozens of rat bites last year each pleaded guilty Thursday to a felony charge of permitting the abuse of a minor.

Erica Shryock and Charles Elliott were sentenced to five years in prison after entering the pleas in Columbia County Circuit Court in Magnolia.

Shryock and Elliott will be eligible for parole after 304 days and begin their terms with 293 days jail credit. A defense attorney said it's likely the pair will be released from custody within 30 days. 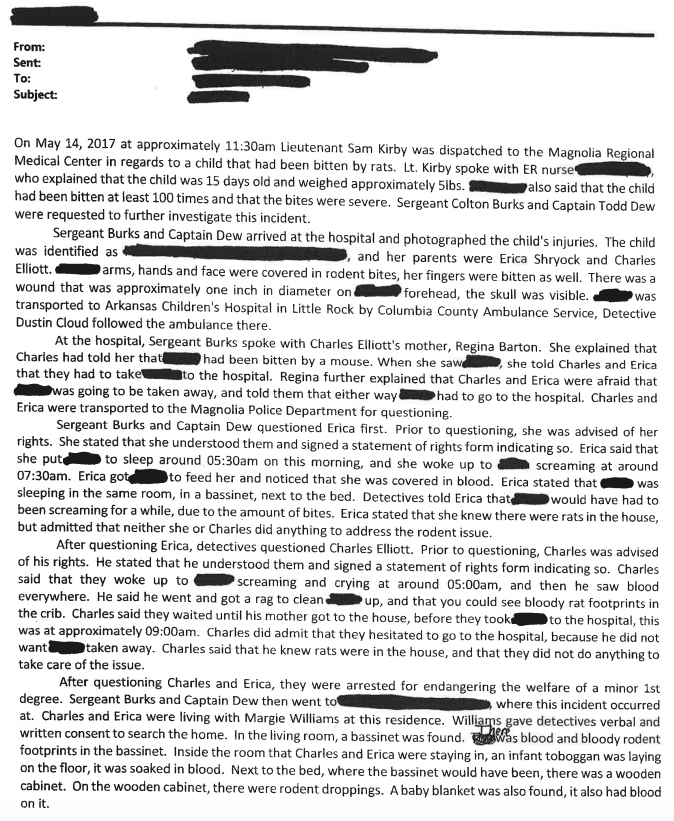 As part of the plea deal, a second charge of endangering the welfare of a minor was not prosecuted.

The couple awoke May 14 to find their 15-day-old daughter covered in blood and dozens of rat bites on her arms, hands, face and fingers. A 1-inch wound on her forehead where her skull was visible required extensive reconstructive surgery.

Shryock and Elliott were found fit to stand trial despite their mental diseases and reportedly violent childhoods that included rape and physical abuse, according to a forensic evaluation released in September.

The baby has since been adopted.