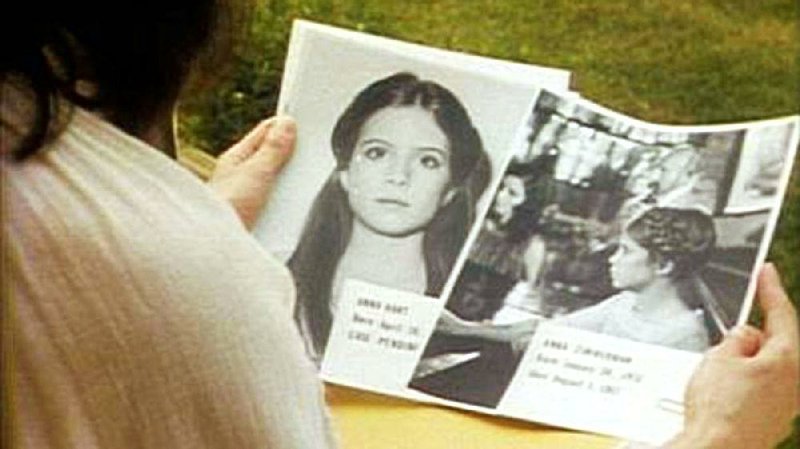 In Anna to the Infinite Power a child prodigy (Martha Byrne) with behavioral problems discovers she is one of several girls who were cloned from the DNA of a brilliant scientist.

Anna to the Infinite Power

Anna to the Infinite Power

Remembered by: Brooke Greenberg. I live in Little Rock. I am a housewife and historian. At present I am editing the collected correspondence of Amanda Beardsley Trulock, who ran a plantation near Pine Bluff from 1845 through the Civil War.

My maternal grandmother rented Anna to the Infinite Power at Blockbuster Video in Texarkana on one of my visits in 1990 or '91. Anna Hart (Martha Byrne) is a 12-year-old girl whose technically precise piano playing lacks feeling. Anna shoplifts and gets migraines from flickering light, and she is one of those characters who only exist in science fiction: a child genius. An attractive older woman (Donna Mitchell) moves in across the street, takes an interest in Anna, and welcomes Anna into her house for piano lessons whose ostensible object is to help her learn to play with feeling. Through a series of exciting events that includes a North by Northwest-style airplane chase, Anna discovers that she is one of several clones of a brilliant scientist named Anna Zimmerman. Before Anna's discovery, her father and brother are unaware that she is a clone; only her aloof, aristocratic mother (Dina Merrill) and her creepy doctors know. Thanks to the piano lessons, Anna warms to her beautiful teacher and her brother, blows off her demanding schoolwork, shakes some of her bad habits, and begins to wear makeup. At the movie's climax we learn the unique verb for this process: Anna has begun to "individualate" and the people running the experiment aren't happy about it.

I searched for this movie off and on for years after I first watched it in my grandparents' living room in Texarkana. My search was hindered by a poor memory for mathematical terms: instead of Anna to the Infinite Power, I remembered its title as Anna, Anna. When I finally found it last year, it was streaming on a service we subscribe to, so it must have fans somewhere. Its dialogue is purely, thoroughly bad. Whether or not Anna to the Infinite Power is technically camp is a question I will leave to the experts. There are two moments in which characters fondly accuse each other of reciting cliches. I don't know if that counts as self-awareness. But in spite of its rich badness, the movie held my attention again. Anna's relationship with her across-the-street piano teacher addresses some undefinable need probably familiar to anyone who was ever a 12-year-old girl.