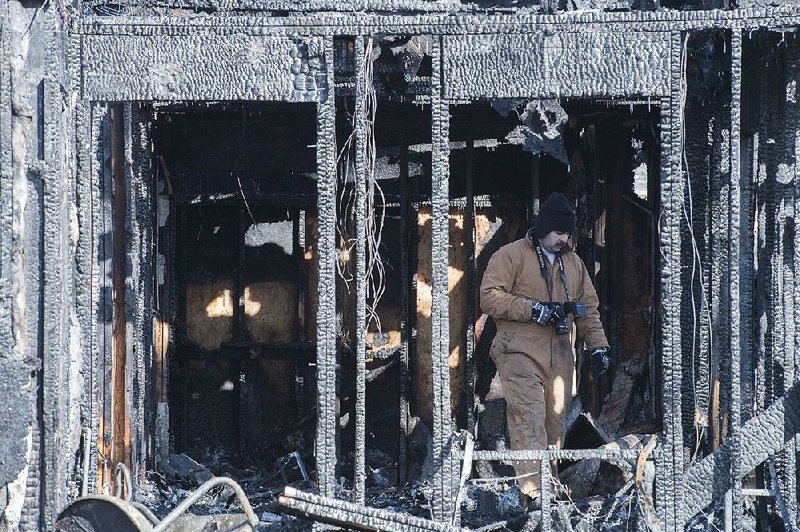 A woman was killed and a police officer was injured after a fire burned a home Sunday night in Northwest Arkansas, authorities said.

The fire destroyed a home, a camper trailer and a car at 111 N. Starr Ave. in Lincoln, which is about 15 miles southwest of Fayetteville near the Oklahoma border.

The woman who died has not yet been identified.

Tony Lee, assistant chief with the Lincoln Police Department, tried to get into the home to save the woman after the fire started around 9:15 p.m. The Fire Department was notified at the same time. Flames engulfed the home, Chief Russell Morphis said Monday.

Lee tried to get through two doors, but he was driven back by intense heat and smoke, Morphis said. The fire was so intense that the back of Lee’s police uniform jacket partially melted and his hair was singed. Lee went to the hospital for smoke inhalation and heat exposure, Morphis said. He was released Sunday night.

The property, which lists two homes with the same address, is owned by Scott and Tammy Shedd, county property records show. Jay Norton, Lincoln Fire Department fire administrator, said the home that burned was built behind an older home on the same property.