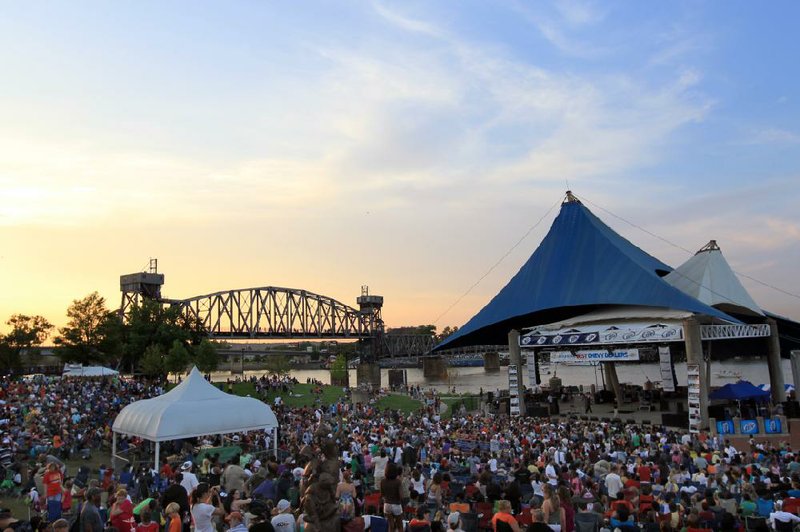 Little Rock’s long-running music festival is making a comeback under new leadership nearly a year after its former organizers announced the end of the event.

Memphis-based Universal Fairs has bought the rights to the Riverfest brand and is planning a three-day festival of the same name this Memorial Day weekend, event director Jack Daniels said.

A variety of events — including music performers and amusement rides — are scheduled for that Friday, May 25, through Sunday, May 27.

Universal Fairs’ interest in reinvigorating the shuttered festival came out of the firm's experience lifting up other faltering events like the Georgia State Fair, Daniels said.

“We really specialize in taking festivals that have been established and that need a breath of fresh air,” Daniels said, noting his hopes that the reimagined event will be a “rejuvenation.”

RiverFest’s music lineup is set to be released in April.

In July, officials behind Little Rock’s decades-running Riverfest announced a suspension of operations, citing the rising costs of performers’ fees and competing festivals. It had a net loss of $300,000 in 2017, former Riverfest executive director DeAnna Korte said.

Riverfest through the years

The new organizers said the event's overall physical footprint will be smaller, with a larger area planned to feature more than 25 games, rides and other family-friendly activities.

Daniels said he’s striving to make the reborn music festival a community affair, with cooperation from local businesses and activities for all age groups in mind.

Ticket prices will be kept an affordable rate for those who want to “bring a date or bring a family,” he added. Early-bird pricing is planned for next month.

Officials behind the RiverFest, dubbed “an Arkansas tradition,” said more information would be announced Monday during a news conference at First Security Amphitheater.

As of Friday afternoon, the Riverfest website simply read: “Thanks for 40 great years.” It also contained the tagline: “Arkansas’ premier music experience.”

Little Rock's music festival got its start in August 1978 when the Junior League of Little Rock brought the American Wind Symphony to Arkansas' capital city. Then called the Summer Arts Festival, it was held at Murray Park.

The name was changed the next year, and a move to Convention Center Plaza on Markham Street came in 1982.

Riverfest eventually expanded to the banks of the Arkansas River in Julius Breckling Riverfront Park and to the Clinton Center, where it remained until last year.

In a statement released Friday evening, Little Rock Mayor Mark Stodola said he was "hopeful about the success of a 'return' of RiverFest to our downtown," adding that he looked forward to hearing more about plans to involve the city in the festival.

"I welcome the return of the economic and cultural impact of the largest festival in the state," he added.