RIGHT TIME RIGHT PLACE: It wasn't love at first sight, but he was persistent 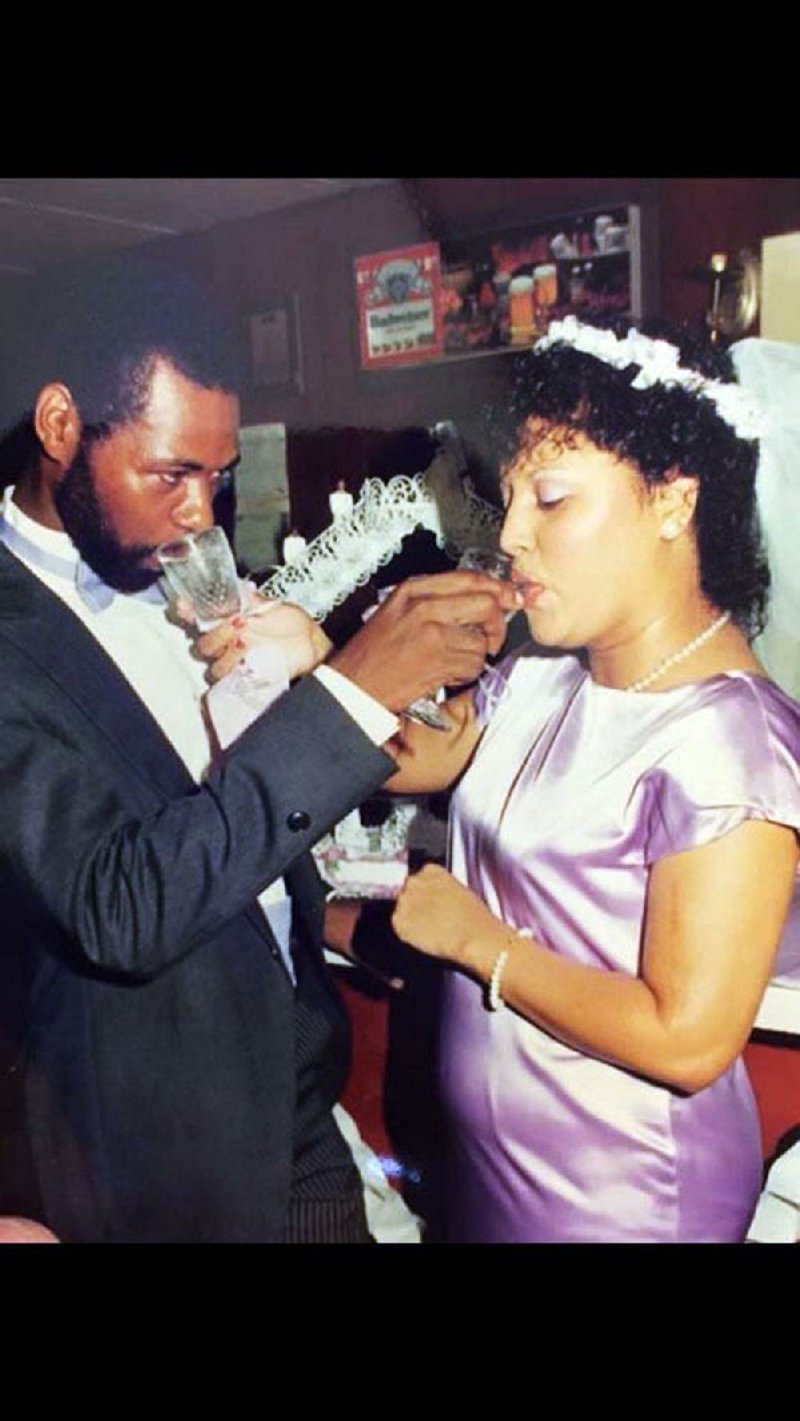 Raymond and Sandra Harris were married on July 18, 1987. Sandra wasn’t the least bit interested in Raymond at first. “Then she found out what kind of a guy I was,” says Raymond, “and I think she realized I was a pretty good dude.”

Raymond Harris ordered a barbecue sandwich and a root beer and was lucky enough to get it with a side of romance.

Raymond often dropped by Fisher's Barbecue, at the corner of 13th and Pulaski in Little Rock, when he got off work on Friday or Saturday evenings in 1985.

She says: “I didn’t think he would be my husband. This man was too settled. He was not my type.”

He says: “When I saw her in the restaurant, I was swept off my feet by her beauty.”

She says: “That was a happy day for me. I was excited to start this new journey in my life.”

He says: “My whole family from down south was there and we had a friend that we asked to pray for us at our wedding. That guy delivered a prayer that swept us off our feet. That man prayed for us and I knew from that day forward that our relationship was going to be something special.”

He says: “Do what you want, everything until she says no.”

"They had some spectacular barbecue," he says. "I would go in there and have some barbecue and some beans, maybe a beer or a root beer."

He had talked often to the couple who owned the restaurant, but on this particular Saturday night he saw not them but their daughter, Sandra Walker, behind the counter.

"Most of the time her mother or her father would be at the front and they were real friendly, real talkative people and I had already befriended them, not knowing that she was their daughter," he says

He had met Sandra in passing at a party thrown by her cousin several months before that. He hadn't paid much attention to her then, and he hadn't seen her since.

He sat down at a table in front of the bar that night, his timing perfect -- they were the only two people in the place.

"My parents were in the back resting and I was up front running the restaurant," Sandra says. "I never will forget. He came in and ordered a barbecue beef sandwich, a side of beans and a root beer soda."

She gave him his food and went back to watching television behind the bar.

"I was wanting him to eat his food and go on," she says. "I was not even slightly interested in him."

Both were recently divorced then. Sandra was 26 years old, and not interested in dating anyone, especially not long-term as she had the impression he would be.

"She was one of those attendants that you better ask for everything you want while they're standing there because she didn't want to get up that second time and do anything else," says Raymond, a year older than Sandra. "I got that look from her. I was going to ask her for a root beer."

At some point, he was successful in engaging her in conversation, though, and as they talked she realized they did have things in common.

He was there for about an hour, and then headed home.

The next day, he dropped by to ask her for a date. She said yes.

They strolled down by the Arkansas River that evening, holding hands and talking, watching the water roll by.

That was something they did often after that, stopping to sit on a park bench and watch the ducks.

"We would sit out there on the bench and we would talk about any and everything," Sandra says.

They broke up for five or six months, though, unable to agree on whether they should be an exclusive couple. When Raymond once again started eating at Fisher's, making friendly conversation with Sandra's parents and, when she was there, Sandra, they picked up where they left off.

"The first time I was wondering, 'What does he want?'" Sandra says. "He was very persistent. He wasn't the kind of guy to just give up."

They got engaged about a year later.

"There was no pre-planned proposal. She said we're getting married next year and we need to go pick out a ring. And that was it -- I did what she said," he laughs.

After all, by then, he knew she was the one for him.

"She was a good girl. I could see it in her heart. She's got that compassionate heart. I knew she was it," he says. "After we dated for two or three months I couldn't get away from her. She became like my other arm. After I got off work she was there, she was with me. I like to hunt and fish and be outdoors and she even learned to fish and be outdoors just to be with me and I think that was a plus."

They were married on July 18, 1987, at Fisher's. The restaurant was closed for their wedding and reception, held in the dining area.

They honeymooned in Dallas and then settled together in Little Rock.

Sandra is an assistant manager at Centennial Bank. Raymond is retired from CHI St. Vincent Infirmary. Raymond has three children from a previous relationship. He also has four grandchildren.

The restaurant closed in 1995 and the building was torn down a few years back, Sandra says, but of course these days she and Raymond have other places to sit and talk over dinner.

Sandra completed five half-marathons in 2017 and is scheduled to do another one in March.

Raymond doesn't run marathons, she says. "But he's always out there supporting me."

He's glad he had a hankering for some barbecue on that night in 1985.

"That conversation," he says, "led to 33 years of happiness." 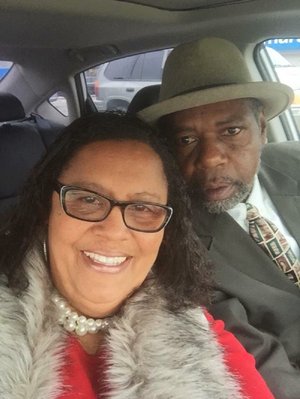 Photo by Special to the Democrat-Gazette
Sandra and Raymond Harris have been married since 1987. They like to go to church together, fish together and exercise together.

Print Headline: It wasn't love at first sight, but he was persistent