Flu fatalities in Arkansas up by 15 last week 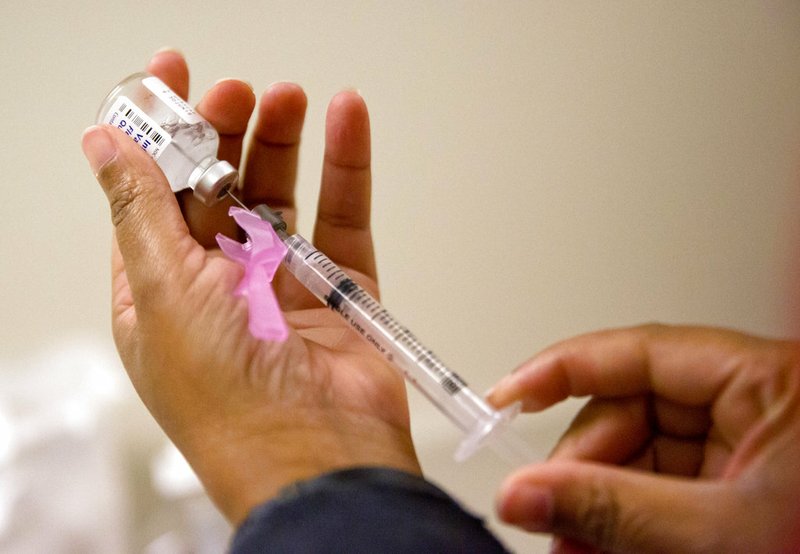 FILE - In this Wednesday, Feb. 7, 2018 file photo, a nurse prepares a flu shot at the Salvation Army in Atlanta. The U.S. government's Friday, Feb. 9, 2018 flu report showed the flu has further tightened its grip on the U.S. This season is now as intense as the swine flu epidemic nine years ago.

Fifteen more flu deaths were reported to the state in the past week, raising the death toll to 140 in what had already become the state's deadliest flu season in at least 17 years.

Information from hospitals and doctor offices indicates that the rate of transmission remains high, with reports of influenza B, which is more common in children than in adults, surpassing influenza A last week for the first time this season, state epidemiologist Dirk Haselow said.

"In my history at the Health Department I've never seen a season dominated by influenza B, or that switched from one strain to another," said Haselow, who first started at the department in 2002.

The increase in influenza B underscores the need for people to get the flu shot, which is designed to protect against the two kinds of influenza A and B that are circulating this season, Haselow said.

"Everyone that had influenza A, if they weren't vaccinated, now that influenza B is circulating at high levels they are not necessarily protected from it unless they've gotten the vaccine," Haselow said.

Nationally, the U.S. Centers for Disease Control and Prevention reported last week that the number of infected patients visiting doctors had reached the level of the pandemic in 2009, when a new strain of H1N1, an influenza A virus, swept across the country.

In Arkansas, the death toll earlier this month surpassed the 110 people who died during the 2014-15 season, which had been the state's deadliest since the Health Department began tracking flu deaths in 2000. 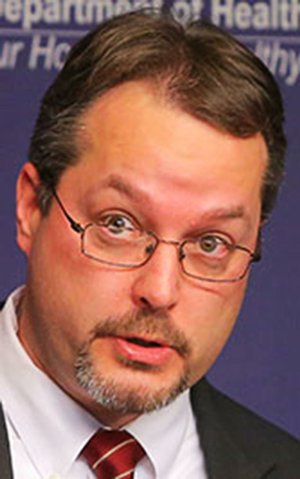 Photo by Democrat-Gazette
State epidemiologist Dirk Haselow is shown in this photo.

Of the 15 people whose deaths were reported in a seven-day span ending Tuesday, 10 were 65 or older, two were 45-64 and three were 25-44, according to a Health Department report.

"We just didn't want to run the risk of exposing ourselves to it, especially before our district tournament," Midland Superintendent Dewyane Wammack said.

He said he had to cancel classes once last year because of flu absences but hasn't had to so far this year.

McCrory Superintendent Robert Casteel said about 10 percent of his students were absent last week, and "it just seemed like it was building up." While the students were gone, the classrooms were disinfected, he said.

"We thought this might slow it down," he said.

Haselow said a decision to cancel classes "ultimately is up to the district leadership."

"If a school has high levels of flu, so does the community around it, so closing may not slow transmission," he said in an email.

But he said a school may choose to close if it has students or employees who are at high risk for developing complications.

"Also, the school has to be able to staff the facility appropriately and continue to make efficient progress on their mission to teach," Haselow said. "If too many people being out threatens their educational mission, they may choose to close and are perfectly justified to do so."

He said disinfection can help, especially on doorknobs or areas such as locker rooms and bathrooms that tend to "remain cold or moist."

Until last week, the dominant flu virus in the state had been H3N2, a type A virus that tends to cause more illness than other viruses and mutates more quickly, making vaccines less effective against it.

Type B viruses tend to hit children harder because they are less likely to have been exposed to them during previous seasons, Jose Romero, chief of infectious disease at Arkansas Children's Hospital, said.

Because type B viruses mutate more slowly, people tend to build up immunity to them over time, he said.

"As adults, when we're exposed to it once we're pretty much immune to it for the rest of our lives," Romero said.

Until earlier this month, the hospital and its clinics had been seeing about the same number of patients with influenza A and B, Michele Honeycutt, the hospital's director of infection control and prevention, said last week.

That changed about two weeks ago. In the week that ended Saturday, 74 percent of patients who tested positive for the flu had influenza B.

While B viruses typically spread more late in a flu season, it's unusual for them to overtake type A viruses to become the dominant type of virus in circulation, Haselow said.

According to the CDC, the vaccine tends to be more effective against type B viruses and H1N1 than it is against H3N2. The vaccine is available from county health offices, which offer it at no charge to the uninsured, and many doctor's offices and pharmacies.

Insurance plans typically cover the shot with no required co-payment by the policyholder.

"Even if you've had the flu, it's not too late to get your shot," Haselow said.