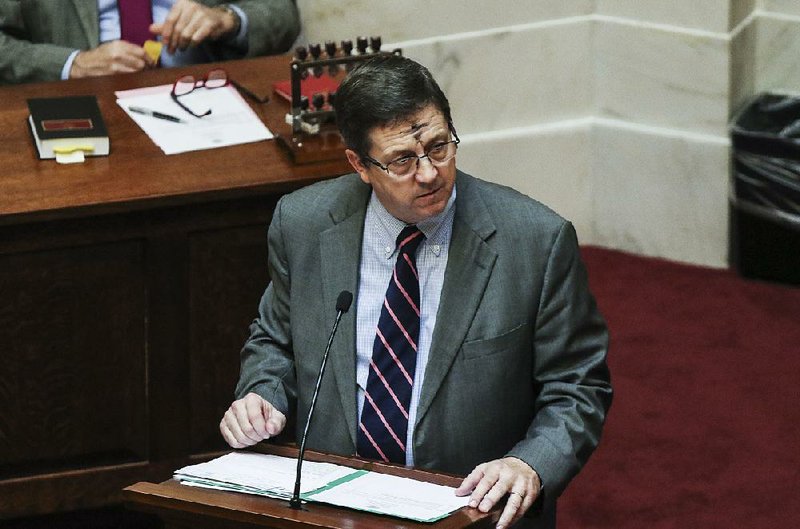 Sen. Larry Teague, D-Nashville, is shown in this file photo.

The Republican governor requested $4.5 million for the Department of Correction to pay county jails for housing state inmates and $150,000 for the Arkansas School for the Blind in fiscal 2018, which ends June 30.

The state's budget administrator, Duncan Baird, said the Department of Community Correction is allocated $2 million in general revenue for county jail reimbursement in this fiscal year, and it has sufficient funds for the rest of the fiscal year, based on its expenses so far in fiscal 2018 and projections.

The Department of Correction needs more money based on projections, Baird said. The department was allocated $12.2 million for county jail reimbursement in fiscal 2018, Department of Finance and Administration spokesman Scott Hard said after the committee's meeting.

As for the School for the Blind, Baird said the school asked for more money for maintenance, and the request is justified based on the age of the facilities.