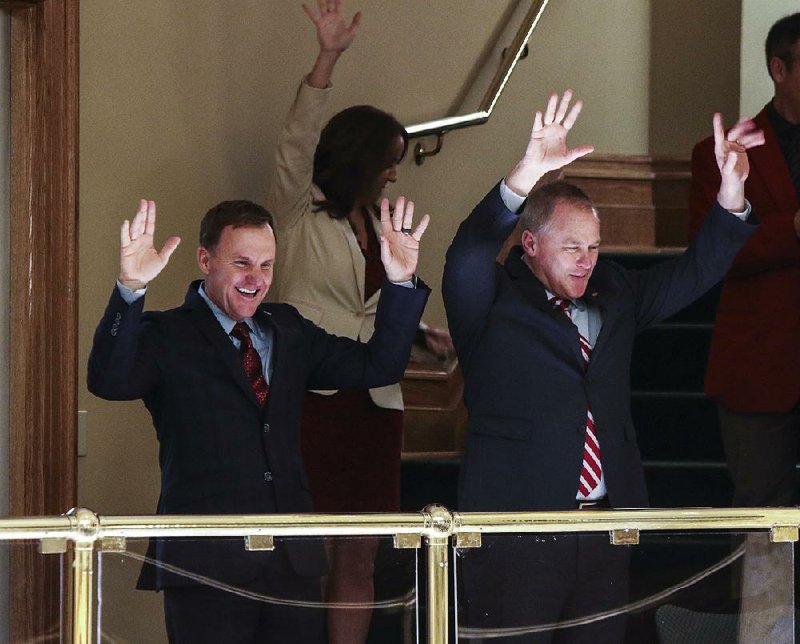 A Senate Republican who helped usher last year's guns-on-campus law through the Legislature said Wednesday that he's reached an agreement with Gov. Asa Hutchinson to address conservatives' lingering concerns about the legislation.

Meanwhile, two Democrats with their own qualms about the law -- chiefly, the permission given to take guns into college dorms -- said they were not part of discussions with the Republican governor and that they would continue to push for changes.

A rush to amend parts of Act 562 of 2017 comes even as the Arkansas State Police has issued the first "enhanced" concealed-carry permits allowing Arkansans to take handguns onto campus and into other public places, a spokesman said Wednesday.

The agreement with Hutchinson, according to Sen. Trent Garner, R-El Dorado, would involve either a special legislative session to change the law or delaying by two years the deadline in state police rules on when all concealed-carry permit instructors must offer the new "enhanced" training, even if they think it is unnecessary.

The rules have drawn the ire of some gun-rights advocates, including the governor's GOP primary opponent, Hot Springs gun-range owner Jan Morgan.

A spokesman for the governor's office confirmed the outline of the agreement to fix Act 562, adding that Hutchinson prefers the rule-making route.

Garner said he would prefer holding a special session, though he had been given no assurances that one would be held.

"I'd rather have it fixed in the law," Garner said.

The Arkansas Constitution allows the governor to call a special session on "extraordinary occasions," and he sets the specific agenda for the session. Only when that agenda has been completed may lawmakers bring up other issues by a two-thirds vote.

Hutchinson spokesman J.R. Davis said a special session, if called, would be "narrowly" tailored, but he declined to say whether such a call would exclude gun legislation brought by Democrats.

Garner and a House Republican colleague have already filed legislation that would allow lawmakers to consider their proposed fixes to Act 562 during the ongoing fiscal session. A pair of Democrats, Sen. Will Bond of Little Rock and Rep. Greg Leding of Fayetteville, have done the same with their own proposals.

Both sides face the difficulty of getting two-thirds of each house to agree to even consider gun legislation during the budget-focused session, which started Monday.

Garner said his agreement with the governor's office came after he heard lawmakers' concerns about opening up the fiscal session to nonappropriation bills.

The statutory language of Act 562 required all concealed-carry instructors to teach an "enhanced" course that would allow graduates to carry concealed handguns onto public university campuses as well as bars and public buildings such as the state Capitol. When the state police came up with rules for the enhanced course, the agency said instructors who did not become certified to teach it by late this summer would risk losing their licenses.

Garner's proposal would rewrite the law to allow instructors to opt out. The rule-making option would extend that deadline to 2020, beyond the 2019 general session, when lawmakers can again propose changes.

In a phone call Wednesday, Leding said he did not have an problem with letting instructors opt out but that any consideration of changes to the law should be done in tandem with the proposal he and Bond have put forward.

They want to change language in Act 562 that prohibited the "storage" of handguns in college dorms, while still allowing students with an enhanced permit to carry them on campus. That's led to state police rules requiring gun owners to have their weapons within arm's reach at all times when inside dorms.

Leding, whose district includes the state's flagship university campus in Fayetteville, has said the rules will create absurd conditions in which students will have to take their guns with them on trips down the hall or to the bathroom.

Garner called such concerns a "red herring" and suggested that the Republican majorities in both chambers of the Legislature were unlikely to support raising the issue. Leding said he recognized the tough path for his proposed changes in the Legislature.

"We're going to hammer this thing all year long because it's an obvious problem," Leding said.

Bond, the other sponsor of the proposal with Leding, said there also would be a path to fix their concerns through rule-making, but he said he had not had conversations with the governor about it.

Both Democrats said they remained opposed to the very idea of allowing guns on college campuses -- supporters of the idea have said it will help prevent school shootings -- but were focused on making targeted changes to the law, now that it is on the books.

The calendar of public events of the 91st General Assembly for today, the fourth day of the 2018 fiscal session. 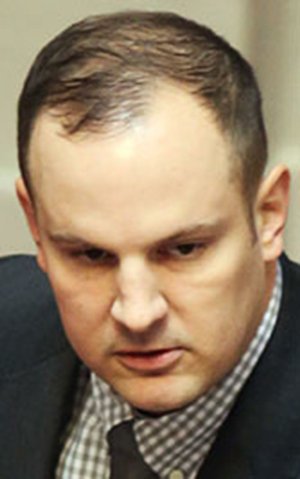 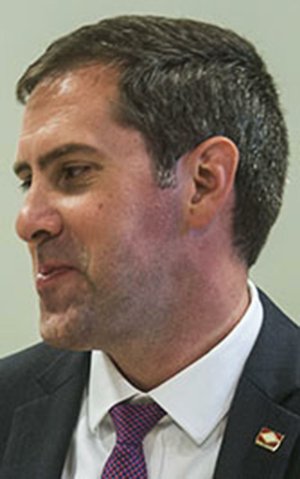 Photo by Anthony Reyes
Rep. Greg Leding of Fayetteville is shown in this file photo. 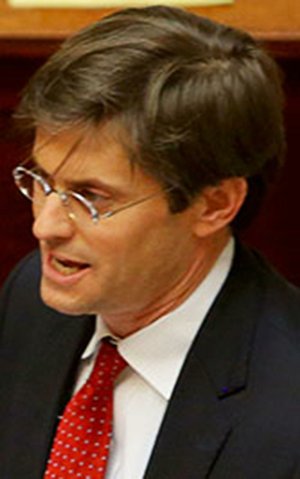 Photo by Democrat-Gazette file photo
Sen. Will Bond of Little Rock is shown in this file photo.